Thanks to the Maryland Zoo, some abandoned South African flamingo chicks are getting rescued!

The Maryland Zoo has always been amazingly helpful to animals when it comes to rescue and rehabilitation, as well as offering public education regarding their furry, feathery, and scaly friends. But recently the Zoo has upped their cool by a million -- by hopping on a plane over to South Africa to help 285 abandoned lesser flamingo chicks! 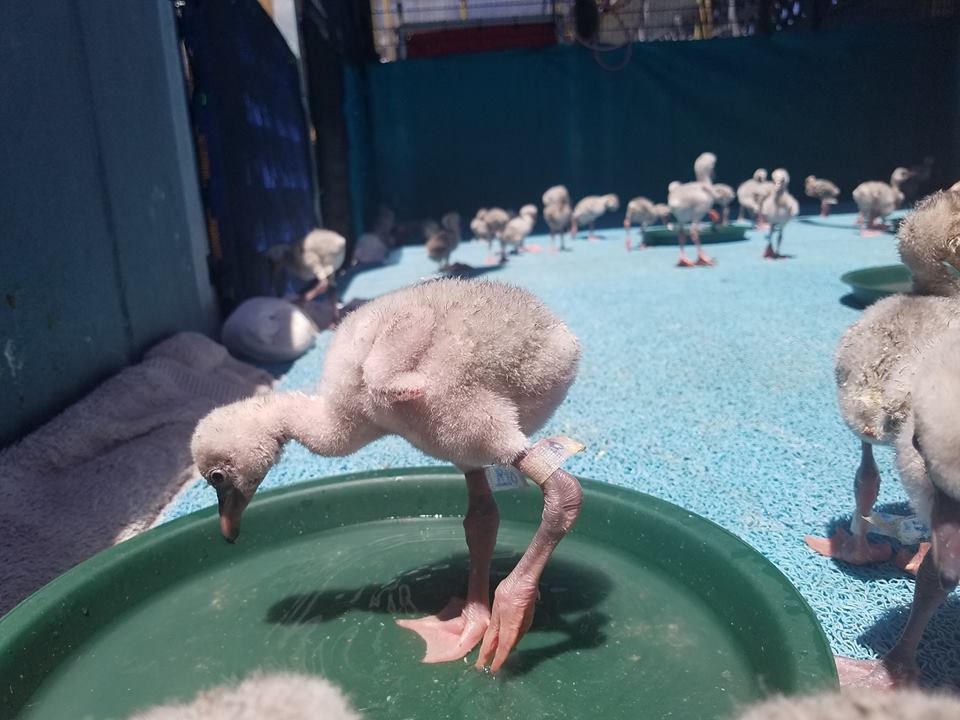 According to the Zoo's website, the 285 flamingo chicks were only a portion of the 1,800 chicks that were abandoned in a prominent breeding ground for lesser flamingos because of a drought. After they got news of this tragedy, the Zoo sent the Area Manager for Penguin Coast, Jess Philips, to Cape Town on the first of the month to help the Southern African Foundation for the Conservation of Coastal Birds (SANCCOB) -- who also happens to to be one of the Zoo's conservation partners and has been helped by the Maryland Zoo before by aiding in the rehabilitation and release of African penguins.

Once the chicks were rescued, they were flown to SANCCOB's headquarters to be cared for.

The reason why it is so important to rescue them is that these lesser flamingo chicks are listed as "near threatened" by the International Union for the Conservation of Species (like so many other species, unfortunately), so it's very important to help the species thrive as much as possible!

So, thank you to the Maryland Zoo for lending a helping hand to SANCCOB and the flamingo chicks!

What do you think? Drop a comment below and let us know!

The Maryland Zoo lost one of their beloved rhinos. Read the full story here.