A rapidly-evolving situation has resulted in several tornado warnings being issued in the Richmond metro area.

Around 3:30 p.m., on September 16, residents of Richmond, Virginia, heard the thrum of city sirens as alerts were issued that a tornado warning was in effect. The tornado had been sighted near Chesterfield and Midlothian, Virginia, about 30 minutes southwest of Richmond City.

The tornado warning was reissued at 4:15 p.m., with sightings spreading and multiple tornados being reported around the region.

The confirmed tornado was reported at 3:52 p.m. near Hull Street Road, moving north at 20 mph towards Bon Air.

Another tornado was reported near Parham and Patterson, heading toward Glen Allen. 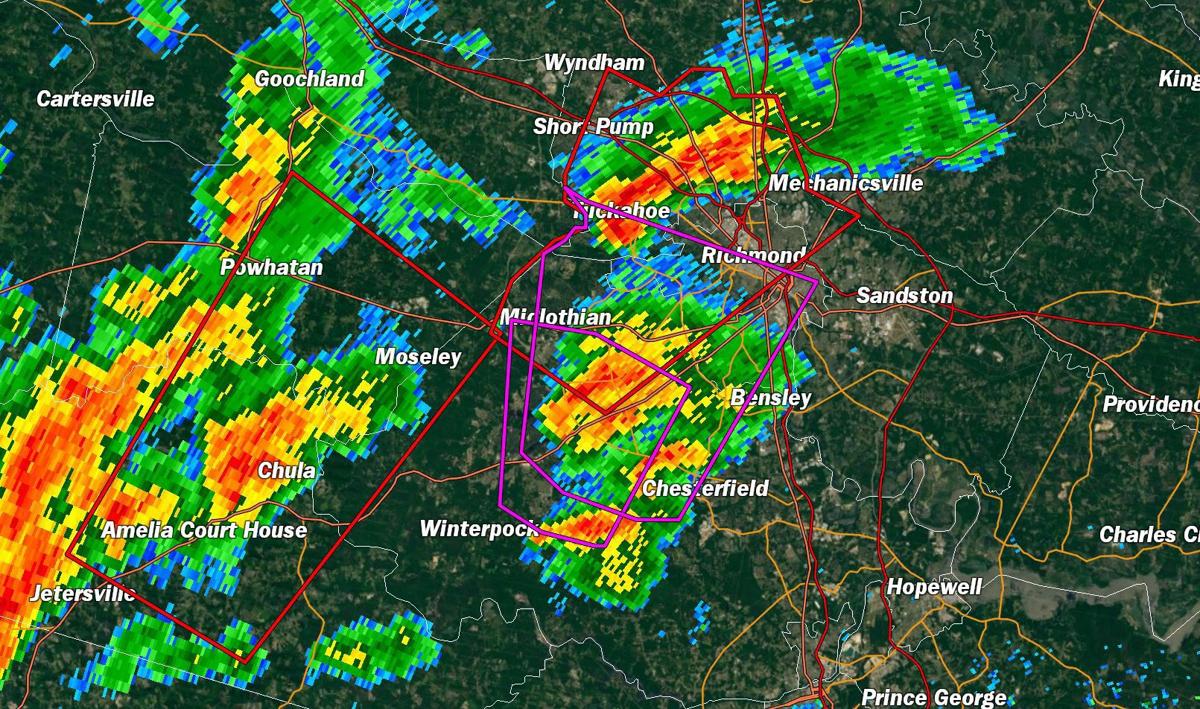 Chesterfield Fire Department Lt. Jason Elmore confirmed that a tornado had touched down near Hampton Park.

Emergency alerts were issued to area cell phones at 3:35, 3:47, and 4:14 p.m. Residents were encouraged to take shelter from flying debris.

Those monitoring the inclement weather caused in the wake of Hurricane Florence also issued an alert for flash flooding, as heavy rain began to fall around 4 p.m.

The Richmond metro area remained under watch, and residents were encouraged to stay alert as the situation continued to worsen.

Residents were encouraged to follow the National Weather Service and local weather stations for more updates.

Are you staying safe and taking shelter? If you're safe, let us know your family's plans in the comments.