A tornado warning was issued for four counties near Richmond, Virginia, until 5:45 p.m. on Thursday evening. A broadcast from the National Weather Service Wakefield office interrupted cable television with an emergency message urging residents to take cover. The counties under tornado warning are Chesterfield, Nottoway, Dinwiddie, and Amelia.

At 5:32 p.m., another broadcast interrupting cable TV extended the warning until 6:02 p.m., and warned residents that a tornado had been officially sighted near Sutherland.

Another broadcast was issued two minutes later announcing that tornadoes had also been sighted over Amelia courthouse moving west around 49 mph. The announcement extended the warning to Powhatan, Amelia, and Cumberland counties, and extended the warning until 6:02 p.m.

"Repeat: A tornado is on the ground," the automated voice read. It urged residents to report severe weather to the National Weather Service Wakefield Facebook page or by calling 757-899-2415. 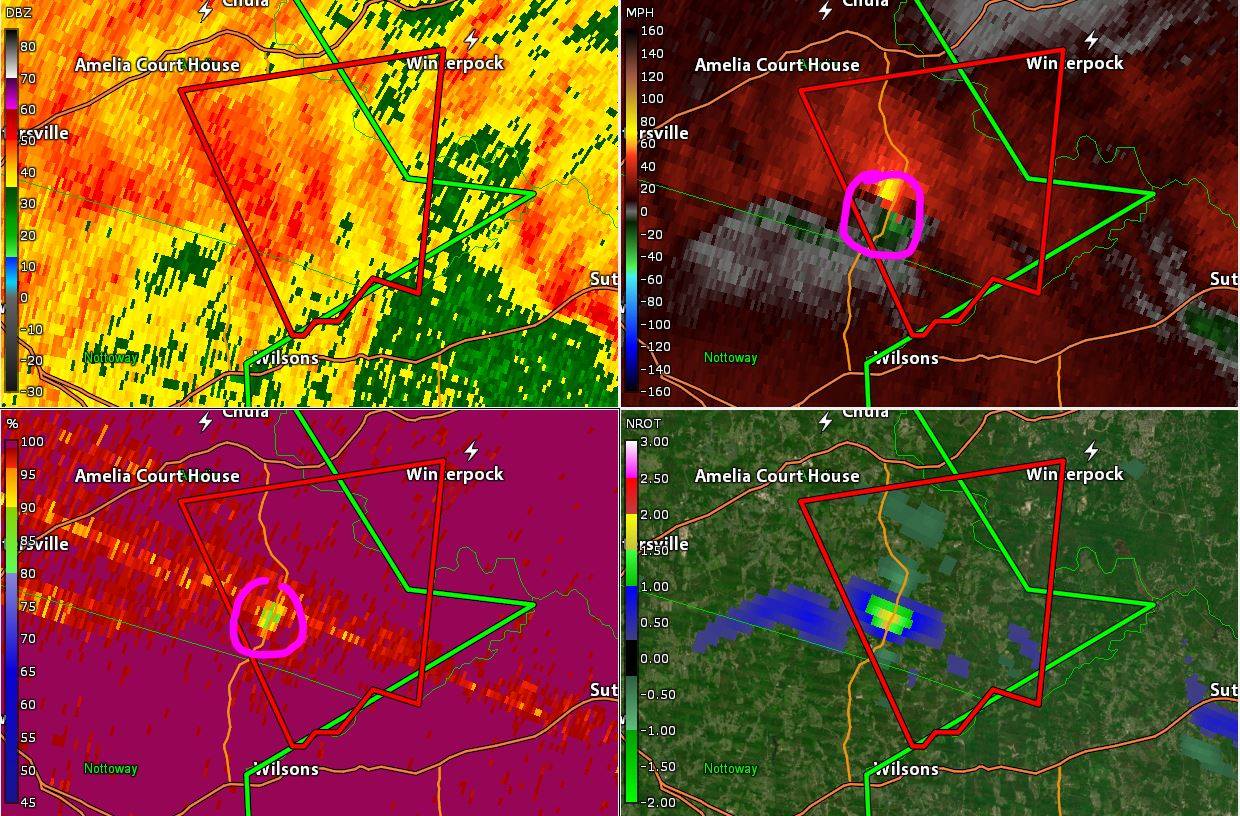 "At 532 PM EDT, a severe thunderstorm capable of producing a tornado was located near Sutherland, or near Dinwiddie, moving north to northwest at 30 mph. HAZARD...Tornado. SOURCE...Radar indicated rotation. IMPACT...Flying debris will be dangerous to those caught without shelter. Mobile homes will be damaged or destroyed. Damage to roofs, windows, and vehicles will occur. Tree damage is likely.

* This dangerous storm will be near... Sutherland and Matoaca around 540 PM EDT. Other locations impacted by this tornadic thunderstorm include Petersburg Airport, Beach, Burgess, and Addison.
TORNADO...RADAR INDICATED."

TAKE COVER NOW. Move to a basement or an interior room on the lowest floor of a sturdy building. Avoid windows. If you are outdoors, in a mobile home, or in a vehicle, move to the closest substantial shelter and protect yourself from flying debris. 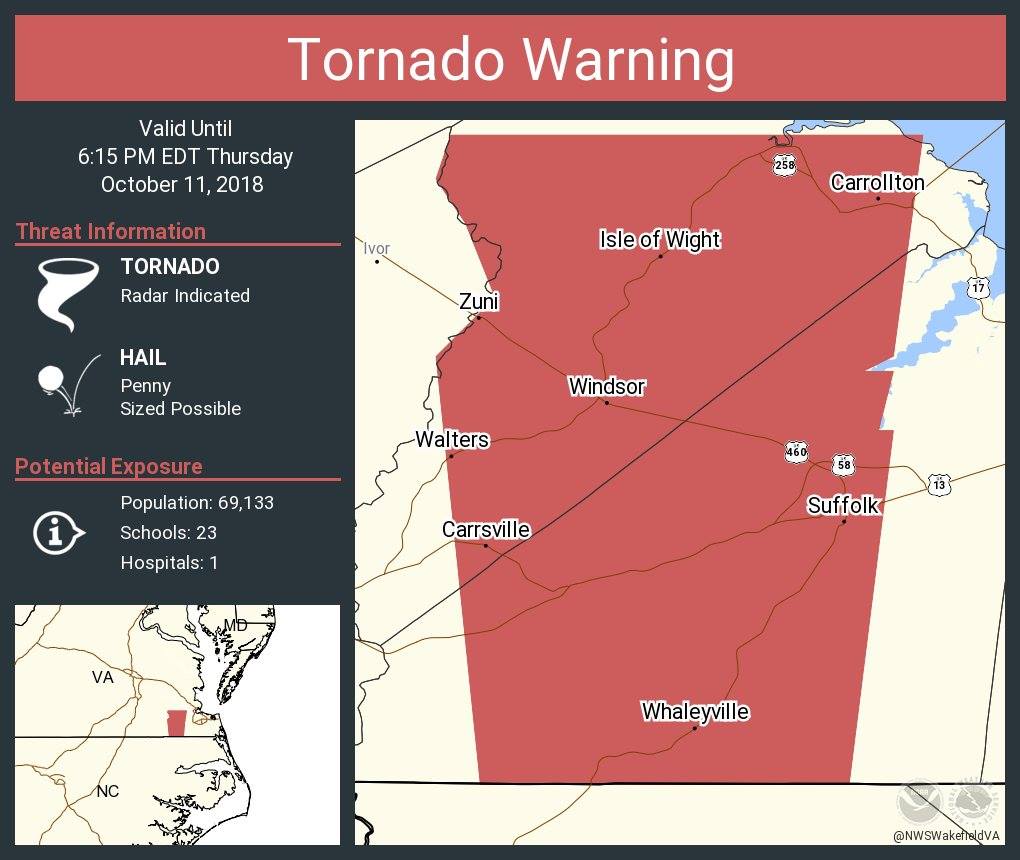 What to do if you're affected by the Tornado Warning ...

Richmond, Hampton Roads, and many other counties in Virginia are currently under a Tornado Watch until 9:00 p.m. As of 5:20 p.m., the City of Richmond is currently under Flash Flood Watch, Tornado Watch, and Wind Advisory in light of severe weather as the center of Hurricane Michael tracks along to our southeast.

Here's how Hurricane Michael is affecting the rest of the DMV ...