We tried three of Trader Joe's fall-themed products. Here's what we thought.

It's not officially fall until September 23, but when my local Trader Joe's starts putting out their fall-themed products, it's fall in my book. While I was excited to see some of my seasonal favorites out such as their Pumpkin Joe-Joe's and Pumpkin Bread & Muffin Mix, I was even more excited to see some new items added to their lineup! Read my review of three of their new products below: 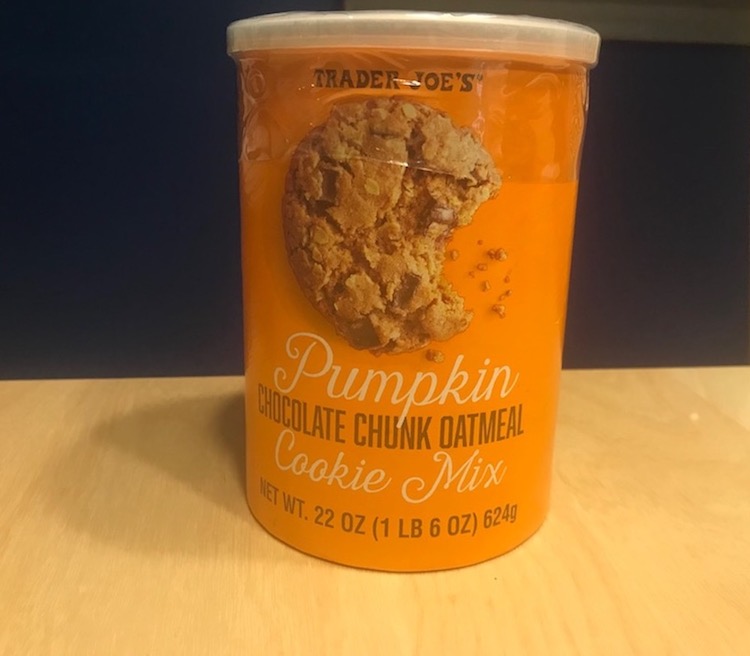 This orange-colored box caught my eye almost immediately. I looked at the directions to make sure they were easy to make (I'm a busy mom, so time is money), and all they required was an egg, a stick of butter, and a little water. After making them and taking them out of the oven, I was a little disappointed they didn't flatten out quite like the picture on the box. Mine were a bit more like rounded mounds, but of course, it's really the taste that matters.

As soon as I bit into one, I could taste the pumpkin and chocolate chunks almost immediately. The oatmeal was definitely more subtle, but still there. I liked that they were crunchy on the outside, but soft on the inside. The ingredients include dried pumpkin, cinnamon, ground ginger, nutmeg, allspice, and cloves (among others), and you could definitely taste each of them. I'd even say there's a bit of a spice aftertaste, but it's hard to put your finger on which one.

While they were a hit at the family dinner I brought them to, I'm not sure I'd buy them again. I liked them but didn't love them, and with so many pumpkin-flavored products out there, I need to love them to keep them in my rotation. 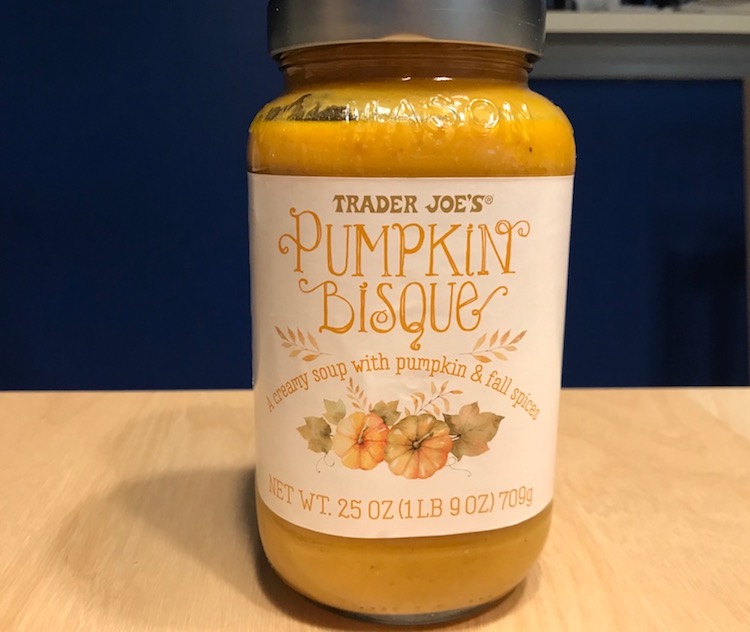 I love a thick and creamy pumpkin or squash soup, so this was a must-try. Fortunately, it did not disappoint! It was definitely more savory than sweet, which I think in a soup is a good thing. It also had a nice consistency. It wasn't too liquidy or too thick. It had a nice strong pumpkin flavor (pumpkin puree is the main ingredient), yet it wasn't overpowering. If you're someone who inhales your soup, you'll probably detect a slight "bite" afterward, but it wasn't off-putting.

All in all, I'd definitely buy it again. I still prefer Panera's Autumn Squash Soup (in terms of fall-themed soup), but I do like their Pumpkin Bisque over the boxed Pumpkin Soup they've had in years past. 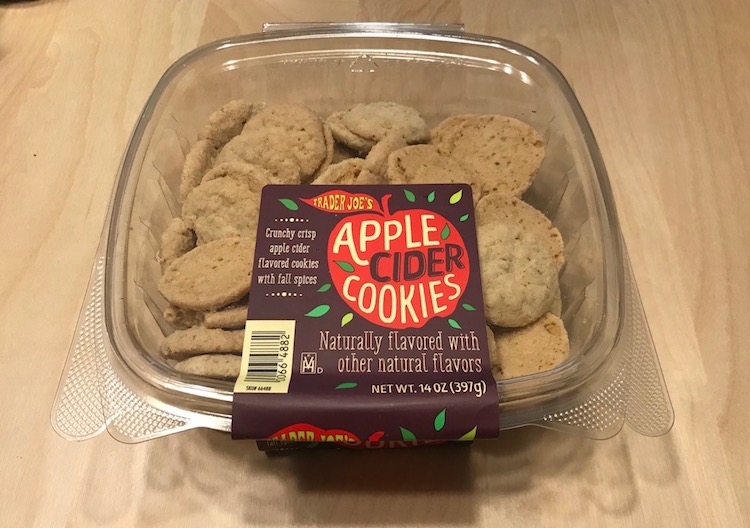 After opening the box, I decided to take a strong whiff (in the name of research), and I was pleasantly overcome by a distinct apple smell. Unfortunately, after taking a bite, I was a bit disappointed. They're very crunchy and are probably perfect with coffee or tea, but they're a bit bland. They taste sweet, but the apple flavor is very subtle, and the cider flavor is non-existent. If you were having people over for an afternoon tea, or you were looking for an alternative to a biscotti with your coffee, they're great. I would probably change the name though.

I love apple cider and cookies, but this supposed combination fell flat for me. I'll continue to eat them (they are cookies after all) and they are good, but I'm going to keep looking for the perfect apple or cider-inspired fall item.

Do you shop at Trader Joe's? If so, will you give any of these new fall-themed products a try? Let us know in the comments!