5 Funfetti Products You Must Buy This Summer

5 Funfetti Products You Must Buy This Summer

You can literally “Funfetti” almost any meal of the day.

It may be hard to believe, but being stuck at home has given Americans an even bigger snack fetish. One of the biggest snack trends of the year has been Funfetti, inspired by Pillsbury’s rainbow sprinkle cake mix. The popular rainbow sprinkles are showing up in everything from pancake mix to coffee creamer. Here are five of summer’s hottest Funfetti products. 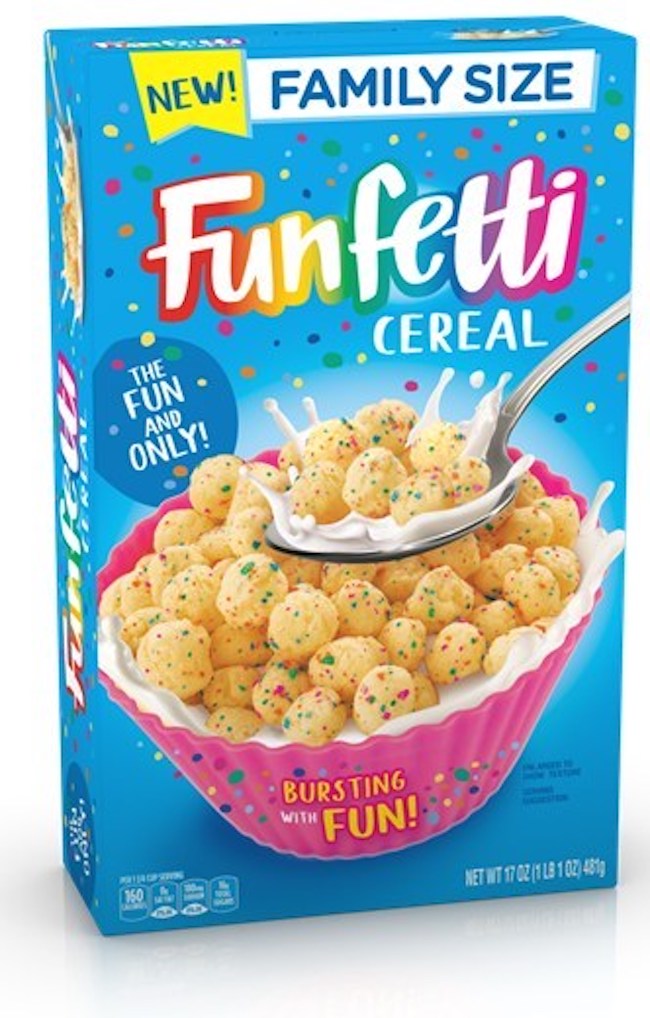 Funfetti lovers can soon get a funfetti fix at breakfast with Funfetti cereal. Round cereal pieces are dotted with colorful sprinkles, turning your cereal bowl into a Funfetti haven. And of course, the cereal has that great funfetti cake taste. Funfetti cereal will be available in grocery stores this August. 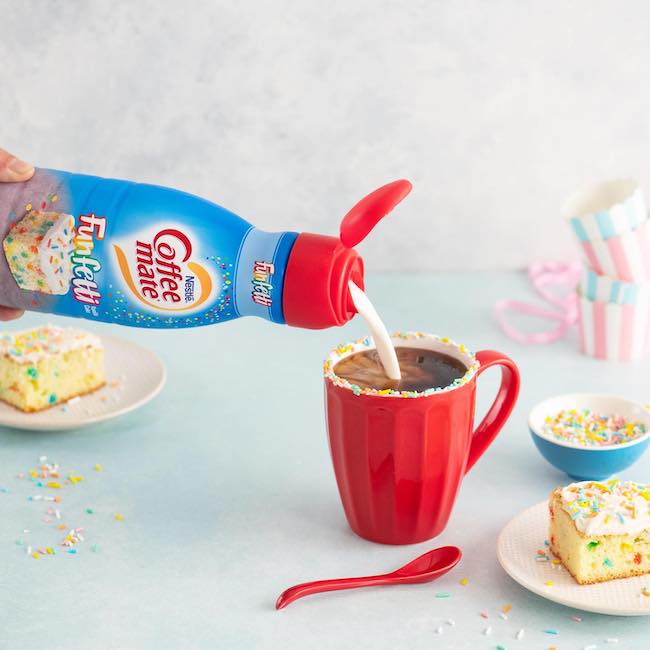 If you want to kick up breakfast another notch, add some Funfetti Coffee mate to your morning brew. The rich cake flavor will make you feel like you’re having birthday cake for breakfast, with a lot less calories. Limited-edition Coffee mate flavors sell out fast, so get yours before it’s gone! 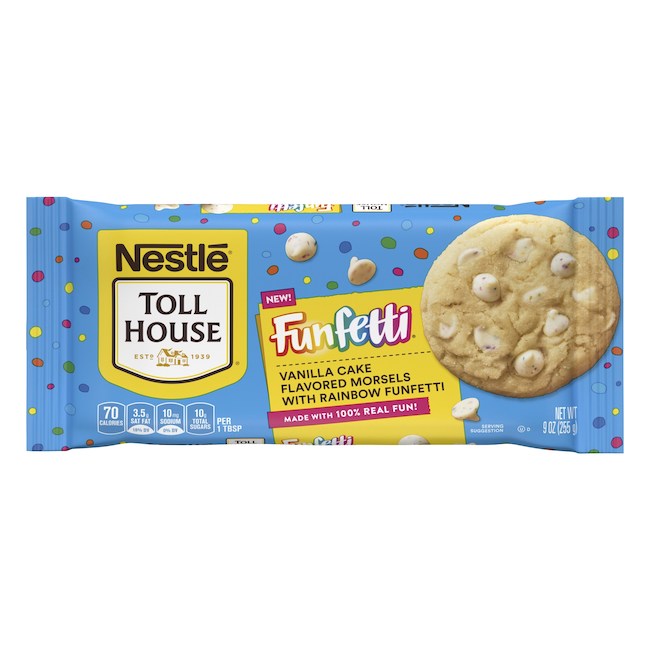 Baking has been a popular pastime during the pandemic, and Nestlé is giving you another fun cookie option. Nestlé is releasing Toll House Funfetti morsels, white chocolate chips with rainbow funfetti and a vanilla cake flavor. Switch them out in your favorite chocolate chip cookie recipe, add them to brownies, or melt the chips for a festive dessert coating. Find them in stores this August. 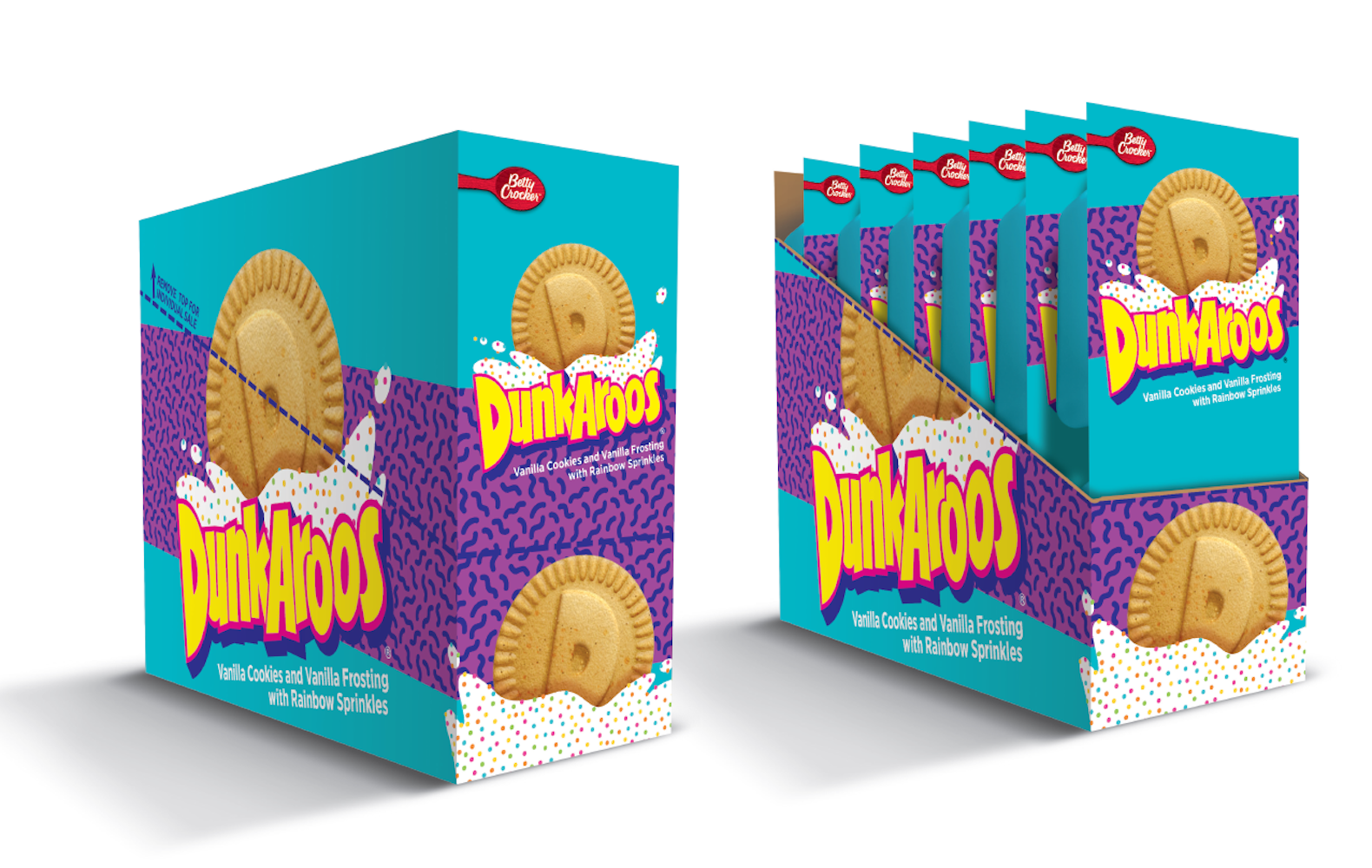 One of the biggest announcements of the year in snack world was the return of Dunkaroos. While not an official “funfetti” product, the popular '90s snack embodies the funfetti spirit. Little vanilla cookies are paired with vanilla icing mixed with round rainbow sprinkles. You enjoy them by dipping the cookies in the icing. The nostalgic cookies were first reintroduced at 7-Eleven stores but have now made their way to the rest of world. 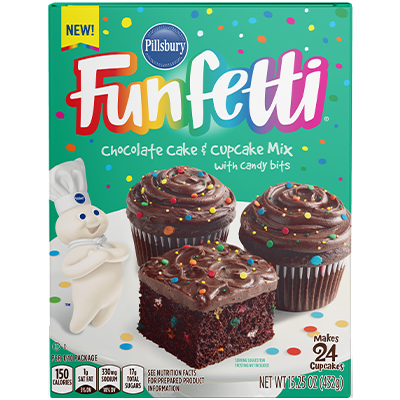 Pillsbury has released a number of colors and seasonal funfetti cake mixes; this is the first year you can buy a chocolate version. It’s the same bright funfetti sprinkles, but with chcoclate! Pair it with PIllsbury’s Confetti Funfetti chocolate fudge frosting or make your own. Funfetti Chocolate Cake and Cupcake Mix is available in stores and online.

What's your favorite Funfetti product? Tell us in the comments!