A 'Cinnamon Toast Crunch 'Cinnadust' Seasoning Is Now Available, and We Want to Sprinkle It on Everything

A 'Cinnamon Toast Crunch 'Cinnadust' Seasoning Is Now Available, and We Want to Sprinkle It on Everything

It’s like a little shaker bottle filled with cinnamon, sugar, and nostalgia.

The people over at B&G Foods have mixed up something special for fans of a certain cereal. The new seasoning blend is called "Cinnadust," and it's based on the very popular Cinnamon Toast Crunch cereal. Cinnamon Toast Crunch "Cinnadust" Seasoning Blend isn’t just cinnamon and sugar. It’s a special sweet blend made with vanilla, caramel, and graham, that will fulfill your cinnamon toast dreams. If you want to get your hands on a bottle of Cinnamon Toast Crunch Cinnadust Seasoning Blend right now, you’ll have to get a Sam’s Club membership. The product will be exclusive to Sam’s Club until next year and will roll out to grocery stores in 2021. 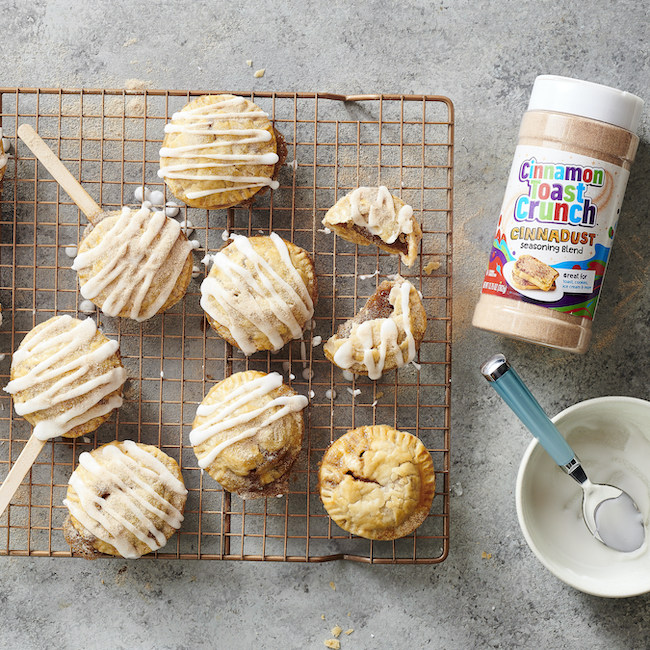 The new seasoning blend is the perfect compliment for all the snacking and baking going on in kitchens during the pandemic.

Once you get finally get a container of Cinnadust, the possibilities are endless. Add a little to your morning coffee, make a killer slice of cinnamon toast, or sprinkle some on ice cream. Visit the B&B Foods site for cinnadust recipes for every meal of the day, including Cinnamon Toast Crunch Cinnadust-roasted sweet potatoes for dinner and mini Cinnadust hand pie pops.

Cinnamon Toast Crunch Cinnadust Seasoning Blend comes in a 13.75-ounce shaker jar and will be available for purchase at Sam’s Club beginning on September 1, 2020.