Looking to stock up on some non-perishable food? Check out these stow-able cups of organic oatmeal!

I'm not a huge oatmeal eater, but every once in a while I have a hankering for it. I tried Trader Joe's frozen Steelcut Oatmeal not too long ago and was pretty impressed. When my husband spotted their new Organic Maple Brown Sugar Oatmeal, he picked me up a couple of stow-able (and tote-able) cups!

The first time I made it I was in a bit of a rush and just used hot water from the sink as opposed to boiling water from the stove. I ended up having to microwave it a few times to actually cook and lose its watery consistency, but I thought the end product was pretty good. The second time I made them I learned from my mistake and used boiling water, which turned out a lot better. 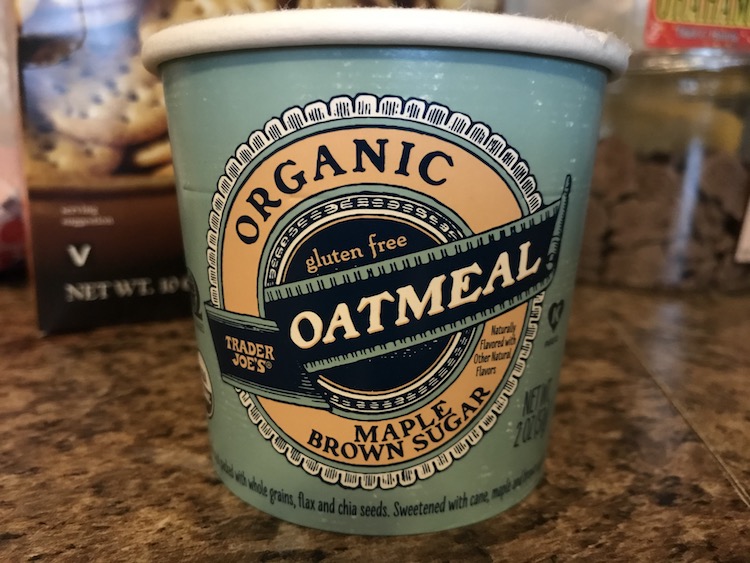 I love the ease of these and the fact that you can get a pretty filling breakfast (or snack) for only $1.69. They also make an Organic Classic Oatmeal, but since I always buy maple brown sugar or pour brown sugar on it myself, I can't comment on the classic variety.

The first couple of times I tried these adorable cups of oatmeal, I thought the taste was pretty spot-on. They were sweet, but not too sweet, and I appreciated that all the ingredients were organic. After scrolling through Trader Joe's Instagram page, though, I saw some reviews that complained they were too salty. I thought hmmm, did I miss that because I was in a rush when I was eating it? 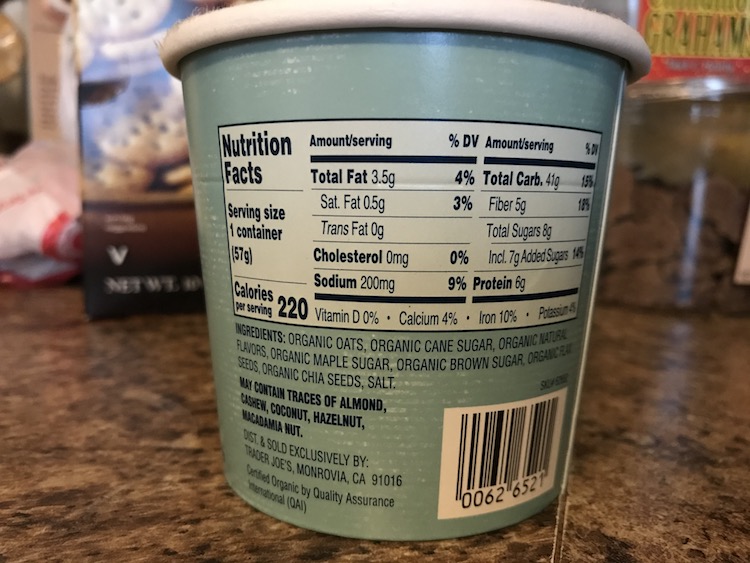 In the name of research, I tried it a third time when I had plenty of time on my hands. And I have to admit, I did see what people were saying! They do have a salty taste to them. Now, salt is the last ingredient, and their website states that they're "delicately salted," but it sounds like TJ's version of "delicately" is a lot different than most customers.'

I still think they're a good product, especially if you're on the go, but if they can lose the salt, I think they'd really have a winner on their hands!

Are you an oatmeal eater? If so, have you tried Trader Joe's Organic Maple Brown Sugar or Classic Oatmeal? Let us know in the comments!

A Fearless Trader Joe's Product Review: 'Everything But the Elote' Seasoning Blend

Craving Some Girl Scout Cookies? You Can Order Them Online Now!