Love a good deal? Head to Applebee's for their $1 Vodka Cranberry Lemonade cocktail!

Applebee’s wants us to “Celebrate the Season of Togetherness” by offering a festive cocktail comprised of vodka, Ocean Spray cranberry juice, and Tropicana lemonade. Served in a 10-oz. mug, this celebratory cocktail costs only $1!

“The season of celebration is here! All month long, Applebee’s fanatics can rejoice and reunite with friends and loved ones with our $1 Vodka Cranberry Lemonade...Applebee’s is the place to share a laugh and make lasting memories. The best drink deal you’ll find this November across the country, it’s basically Black Friday every day at Applebee’s.”

While you’re enjoying your $1 Vodka Cranberry Lemonade cocktail, you can also eat on the cheap as Applebee’s is offering 25-cent boneless buffalo wings when you dine in (dipping sauce and celery are an additional cost). You could literally eat and enjoy a couple of cocktails for less than $5. Now that’s not just a good deal, that's an awesome deal!

Before you head out to your neighborhood Applebee's, though, check here just to confirm that they're participating in these great deals. 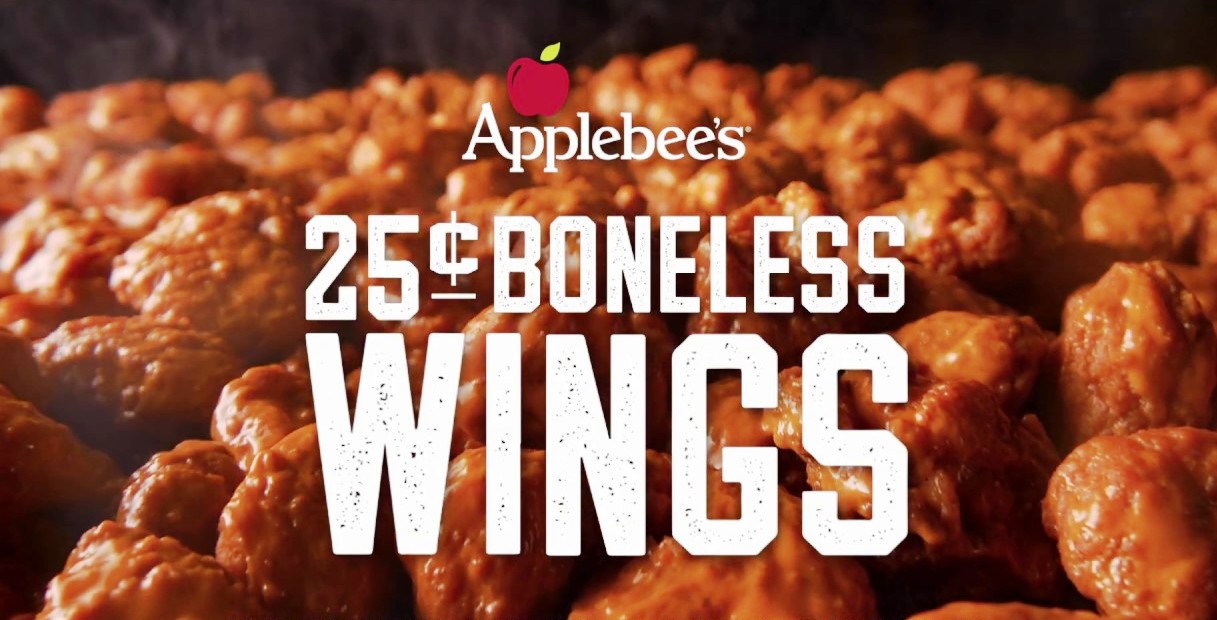 These deals are purely marketing efforts to attract dine-in diners and draw customers from their competitors.

Applebee’s President, John Cywinski said, “Bottom line, when we're aggressive on price, value seekers tend to be with us, and when we're not, they tend to seek a deal elsewhere.”

Seeing as 20 percent of their customers frequent the chain based on price, we can be assured that they will continue to offer these wallet-friendly specials well into the future.

Whatever the motivation behind the $1 Vodka Cranberry Lemonade November drink special (and the 25-cent Boneless Buffalo wings), we're not complaining. I plan on taking full advantage and “Eatin’ Good (and drinkin' good!) in the Neighborhood.”

Have you taken advantage of Applebee’s $1 Drink of the Month in the past? Tell us in the comments!