The new name and packaging will make their debut this summer.

We only have a few more months before Aunt Jemima disappears from the shelves forever. PepsiCo has just revealed the new name and design of its signature syrup and pancake mix. The company announced it was dropping the name and image of Aunt Jemima from the package last June to promote racial equality in the wake of the death of George Floyd. The syrup and pancake mix will now be under the name “Pearl Milling Company,” a nod back to the origins of the self-rising pancake mix.

The rebrand also includes cornmeal, grits, and flour products, with the new packaging expected to land on shelves in June of 2021.

Made in 1888, Aunt Jemima pancake mix was first produced by Pearl Milling Company as a way to offload leftover flour. It was the first ready-to-go baking mix that simplified the process of making pancakes at home. The Aunt Jemima brand was purchased by Quaker Oats in 1925, and Quaker Oats was acquired by Pepsi in 2001. 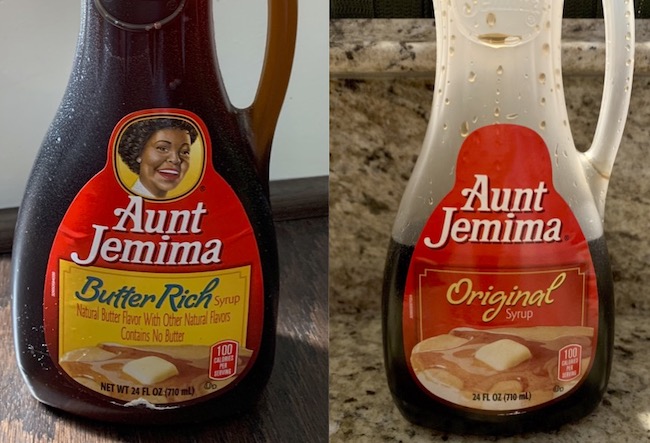 After PepsiCo announced it was doing away with the Aunt Jemima name and logo last year, the company created a new design that removed her likeness from packages while a new name was contemplated. Within days of the announcement by Pepsi, Uncle Ben’s, Mrs. Butterworth’s, and Cream of Wheat also committed to change their packaging.

In addition to changing the name and logo of its breakfast products, Pepsi is also creating a new $1 million initiative to empower Black women and girls. The program will award grants to non-profit groups nominated and selected by the public through a website. PepsiCo has also committed more than $400 million to help black businesses and their communities.

Do you think rebranding products help to promote racial equality? Share in the comments.