Aurora's Homebrew Supply Shop, 'The Brew Hut,' Rated One of the Nation's Best

Aurora's Homebrew Supply Shop, 'The Brew Hut,' Rated One of the Nation's Best

The Brew Hut has got you covered.

In 1978, former President Jimmy Carter signed the bill H.R.1337 relaxing the prohibition era laws that made homebrewing illegal. Since then, homebrewing in America has become increasingly popular, with Colorado being one of the craft's most influential epicenters. It probably comes as no surprise, then, that the Centennial State is also home to one of the nation's best brew supply shops, the aptly named: The Brew Hut.

According to Beer & Brewing Magazine, The Brew Hut (operated by the adjacent Dry Dock Brewing) in Aurora ranks among the top 10 homebrew retailers in the country.

Take one step inside and you'll quickly understand why it's a homebrewer's paradise. Not only can you sip beer from the adjacent Dry Dock South location while strolling isles of craft-beer-grade bulk grains, fermented foods, and other special ingredients, but The Brew Hut beer experts are on standby. After chatting with them, it's clear they're passionate about beer and take every chance they get to talk brews. So if you're looking for a specific beer-line coupling or you can't figure out why you keep "sticking the mash," they'll be happy to help you get on your feet. 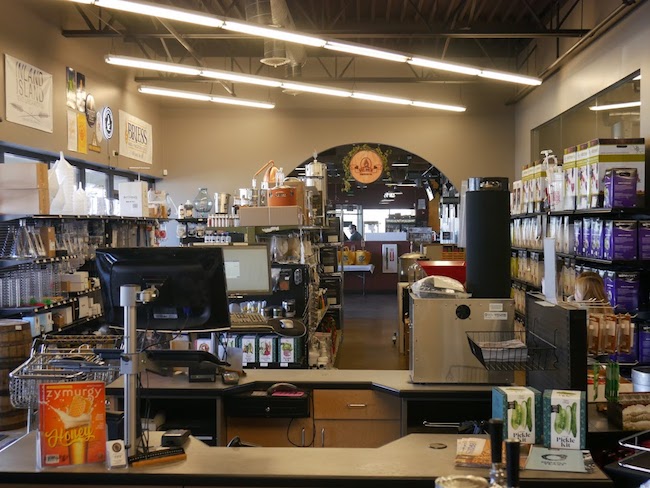 Speaking of, if you're completely new to brewing or want to try something outside of your comfort zone, The Brew Hut has you covered there too. They have cheesemaking, intro to homebrewing, intro to winemaking, and other classes that'll keep you nice and preoccupied and, more importantly, full and feeling merry. For a list of upcoming classes, recipes, and more, crack a brew and check them out online or go visit the store in-person.

It's one of our absolute favorite local businesses, and definitely deserves its most recent acclaim—and to that, we say, cheers!

What are your thoughts? Have you been to The Brew Hut? If so, what did you think? Let us know by logging in and writing us a comment!

'Free Stuff' and Other Promotions in the DMV for Leap Day