The $1 tacos are now available at Burger King restaurants across the nation.

First, it was the plant-based Impossible Burger. Now Burger King is tackling another unlikely menu item: the taco.

For the first time ever, the burger chain will offer crispy beef tacos at participating stores across the country. Priced at just $1, the tacos will be on Burger King menus for a limited time.

The new tacos have a crispy tortilla shell, seasoned beef, cheddar cheese, and shredded lettuce. No word if a range of taco sauces will be available. The crispy taco has been a fixture at Burger King stores on the West Coast, drawing parallels to the famous deep-fried tacos sold at Jack in the Box. This summer, Burger King decided to introduce their version to the rest of the country. 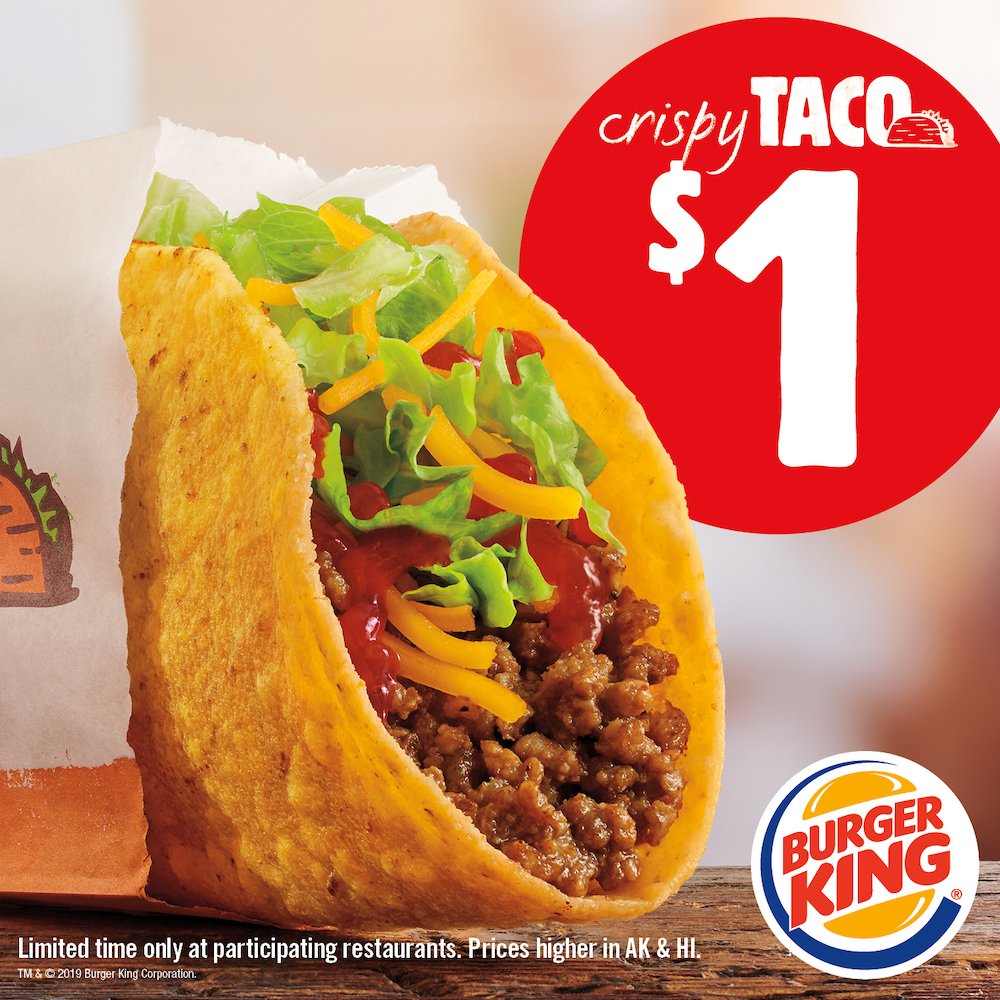 Ads for the new taco rollout included images of the Burger King pushing a taco cart through the streets of Austin, Texas, the “capital city of tacos.” Lucky residents were able to conduct a taste test and gave the new tacos the Austin seal of approval.

Crispy tacos are priced at just $1 each (prices higher in some markets) and join other new summer menu items including the Frozen Fanta orange drink, French toast sandwiches, M&M cookies, and the vanilla Twix ice cream shake. Crispy tacos can be found at participating Burger King restaurants for a limited time, so hurry and grab them before they're gone. Visit bk.com to find a restaurant near you.

Have you tried the new tacos at Burger King? What did you think? Tell us in the comments!

Dr. Pepper Experiences Shortages, Seems to Be Latest Victim of the Pandemic