The Impossible Whopper may be available soon at stores across the nation.

Burger King is one step closer to bringing a meat alternative to the masses. The “Be Your Way” burger chain launched a new flame-grilled plant-based patty to 59 stores in the St. Louis area earlier this month. The “Impossible Whopper” is made from a plant-derived ground beef substitute and fashioned after the chain’s popular flame-broiled burgers.

In a conference call on Monday, April 29, Burger King's parent company Restaurant Brands International said sales of the no-meat whopper were a huge success. Burger King plans to test the new burger in other markets by the end of this year. The Impossible Whopper is made by Impossible Foods, a Redwood City, California, start-up. The company has its plant-based products in more 5,000 restaurants across the United States. The new burger is part of an effort by fast-food purveyors to provide more healthful and environmentally-friendly choices to consumers. 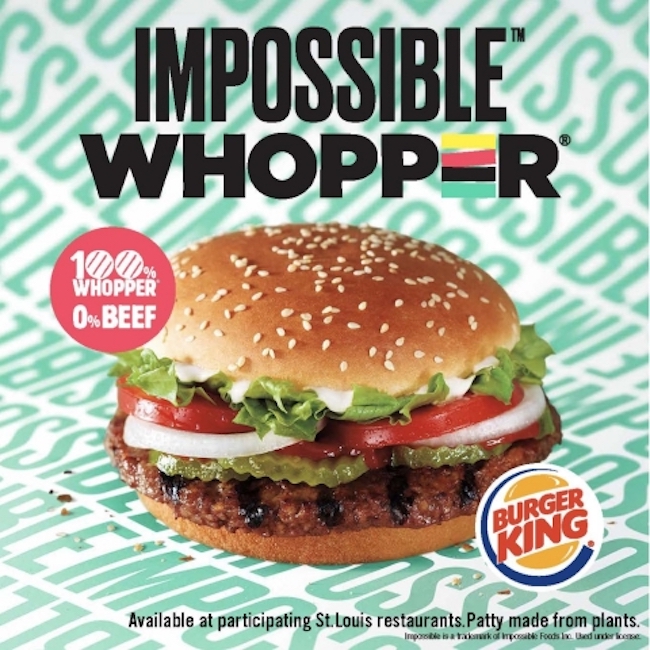 The Impossible Whopper is a plant-based patty, flame-broiled, and served on a toasted sesame seed bun. It also includes the traditional accompaniments of lettuce, tomatoes, mayonnaise, ketchup, pickles, and white onions. This isn’t Burger King’s first vegetarian menu item. The burger chain was added a veggie patty to its menu in the early 2000s. You can still find the popular Morningstar brand patty at select stores.

Burger King’s president of North American operations said the company would test the Impossible Whoppers out in other markets later this year. If the demand is strong, they would consider rolling it out across all stores. No word on which markets the burger will land in next. For now, if you want to try one you’ll have to visit St. Louis.

Have you tried a plant-based burger? Were you able to tell the difference? Tell us in the comments!

A Fearless Trader Joe's Product Review: 'These Sprinkles Walk Into a Sandwich Cookie'