The donut and chicken menu items will be available at KFC for a limited time.

Kentucky Fried Chicken is once again mixing things up, this time with donuts. KFC  is pairing its legendary finger-lickin' good fried chicken with another American favorite—sweet glazed donuts. After testing the tasty duo in a couple of U.S. markets, the company decided it was ready to go nationwide. Beginning on February 24, visitors can visit participating KFC stores and get the Colonel’s version of fresh and hot donuts, with or without chicken.

Serving chicken with donuts isn’t a new concept in the industry, but it will be the first time you can get it at a KFC restaurant.

"Chicken & Donuts is the newest fried chicken trend we're bringing to all of America," said Andrea Zahumensky, chief marketing officer, Kentucky Fried Chicken U.S. "But not just any donut would do. Only a donut that's glazed-to-order and served piping hot every single time can stand next to our hand-breaded fried chicken. It's a finger-lickin' good dish filled with glaze and glory." 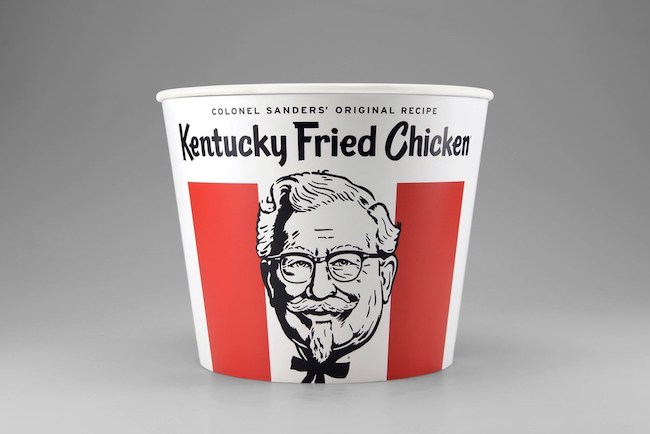 KFC fans can get two basic meals that incorporate donuts—a chicken and donuts meal or a chicken donut sandwich. The meal includes your choice of bone-in chicken or boneless chicken tenders paired with a donut. The sandwich has a crispy chicken breast placed between a sliced glazed donut. Guests can also buy the donuts on their own or add one to another menu item.

This isn’t the first time KFC has put a sweet and savory item on the menu. Back in 2018, the KFC had another diner favorite on the menu, chicken and waffles.

If you want to sample the donuts at KFC, you better hurry! KFC chicken and donuts will only be available through March 16, 2020.