The beer-sippers among us know that coffee and dark beer go together, but tea and beer? It was only a matter of time. Luckily, one Colorado-local brand, Mama Bear’s Brew, has got us covered. The classic "Mama Bear's Brew" is a sweet blend of wheat beer and black tea—and all we can say is, move over, shandy.

It all started when Jackie (Mama Bear) was visiting her son in Rio, Brazil. She needed a sweet fix after a long beach day and decided to order some sweet tea. However, the sweet tea down there is fairly sweet. So, to balance out the sweetness, she added some beer into the tea and, que bom! Mama Bear's Brew entered its infancy stage. Soon after, Jackie partnered with her brother, Craig Books, finding headquarters in Boulder and working closely with the brewmasters at Crazy Mountain Brewing Company to develop a refreshing new beer hybrid.

The result? A lineup of beer/tea hybrids, one of which took the People's Choice Award at the 2018 Boulder Winter Craft Beer Festival. 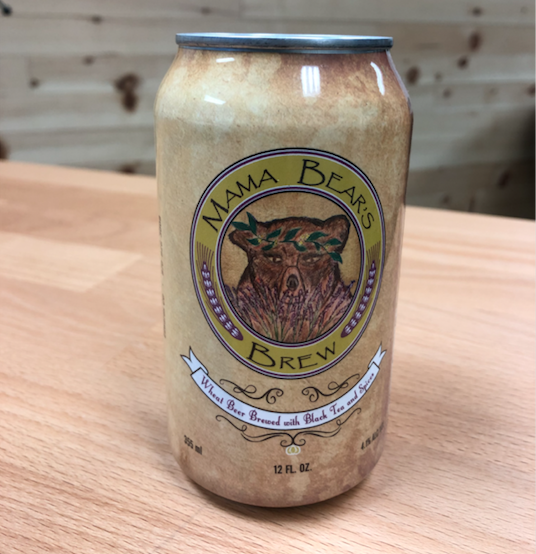 After trying Mama's Bear's Brew, it's clear that what makes this brew unique is that the body of this ale has been aptly built up to bolster the lightness of the tea, creating a flavor that's rich and sweet with a tinge of honey.

However, things don't stop there. There are three flavors currently available: Original (sweet black tea), Poma Packin’ (pomegranate and acai tea), and the latest release … World Peach (peach tea). My personal favorite is the Poma Packin’ because of its smooth, balanced sweetness and multi-layered flavor profile.

Try it out, and let us know what you think by commenting below. Want to learn more or find it near you? Check out their website. Cheers!