Feeling Spicy? These Are the Hottest Hot Sauces That You Can Buy

Feeling Spicy? These Are the Hottest Hot Sauces That You Can Buy

Make sure that you've got some emergency milk ready!

Ah, hot sauce. There's something special about a culinary staple who's purpose is making food more painful. Whether you're just a casual chili head or a full-on masochistic hot sauce cultist, it's hard to deny that we're in the middle of a hot sauce boom right now. E-commerce and easy shipping mean that small, artisanal hot sauce makers can sell their products directly to consumers without having to deal with large retailers.

While this has lead to some awesome, improbably flavor combinations (looking at you, Naughty #4 with your weirdly smoky mango profile), it's also led to plenty of hot sauces that are just a little spice away from being classified as full-on bioweapons. Today, let's take a look at some of the hottest sauces available on the market while getting a sense of the exact way that they can destroy your sinuses!

CAUTION: These sauces are not for the faint of heart. Or people who enjoy tasting their food. Or breathing.

5) The Hottest Sauce in the Universe

For an indication of just how hot this list gets, keep in mind that the No. 5 sauce claims to be the hottest in the universe. Although it may lose out to some particularly spicy competition, this sauce puts a lot of work towards its name. Each batch features 40 pounds of ghost peppers along with aged red pepper for flavor. That volume of peppers is so powerful that if you fell into a pile of that many ghost peppers, you'd be headed to the emergency room as soon as they pulled you out.

With that, we still have four more sauces to go! 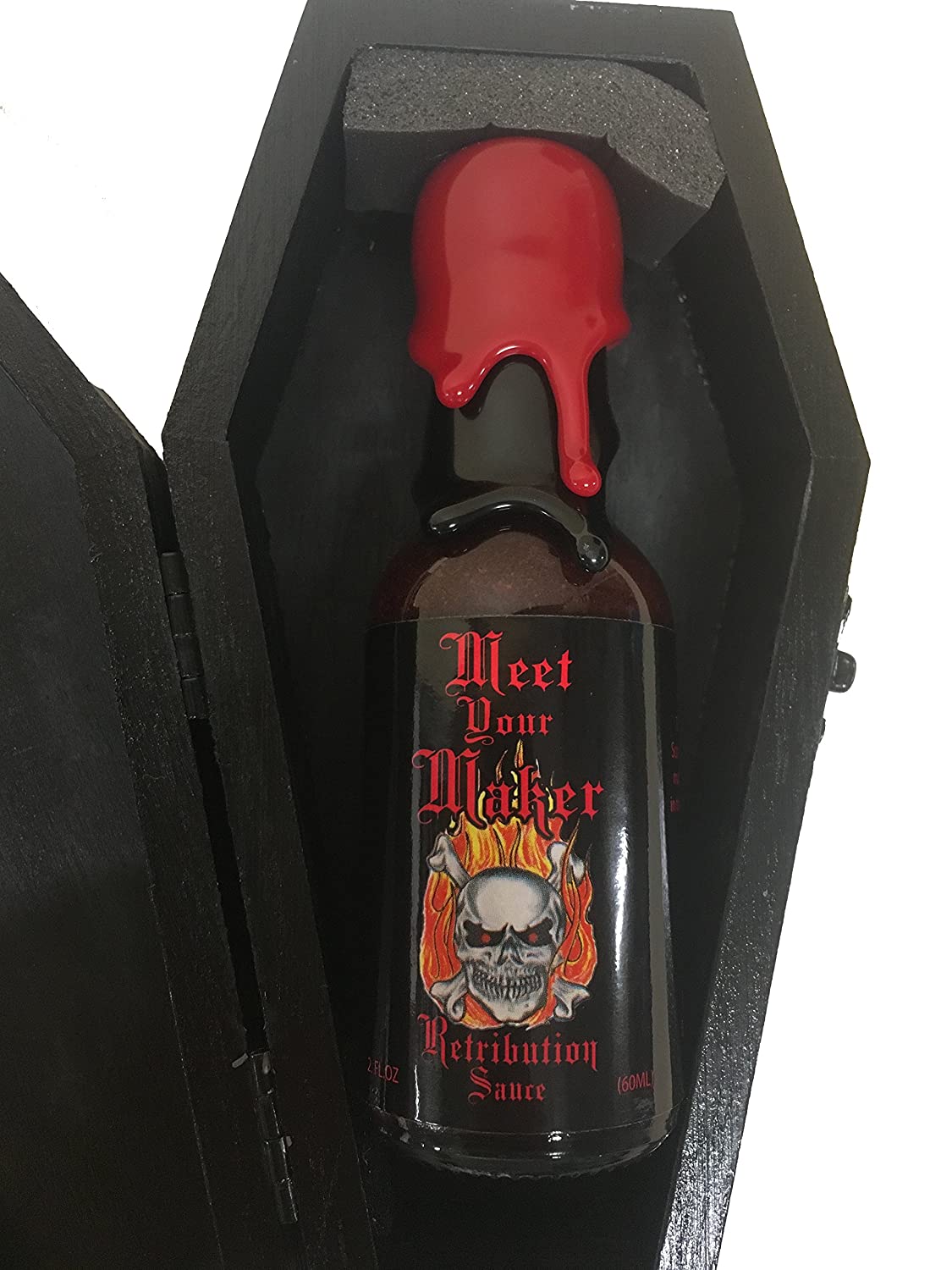 Our second hot sauce on this list comes in a little coffin and boasts 5 million Scoville units, which is equal to 5,000x the heat of high-spice Jalapenos. This sauce is made from a blend that uses every single part of the ghost pepper: it combines an incredibly potential ghost pepper extract with dried and ground ghost peppers. The result is a sauce so spicy that it cautions against applying it directly to food. Instead, users are encouraged to mix it into their cooking, with a few drops being all that you need to dramatically increase the heat of an entire pot of chili.

The flaming skull decoration on the front of every bottle feels appropriate. 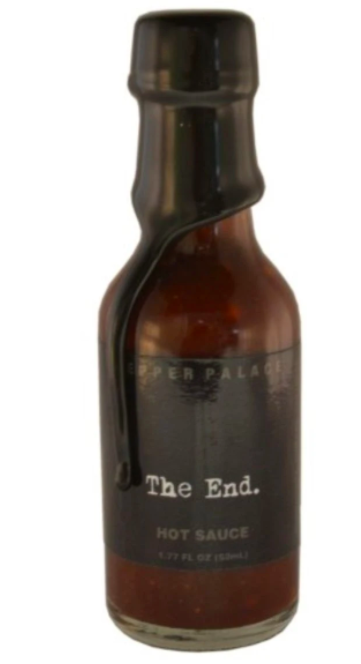 No, this hot sauce isn't the end of the list, even if it might be the end of your taste buds. This sauce clocks in at a whopping six million Scoville units, meaning that the difference between this sauce and the No. 5 space is a whopping six habaneros worth of heat. Its product descriptions on its website are rather vague about the actual pepper content of the sauce, preferring instead to simply describe how disarmingly painful the experience is.

For those interested, the ingredients are a blend of habanero and reaper peppers along with a generous helping of cosmic, existential despair. 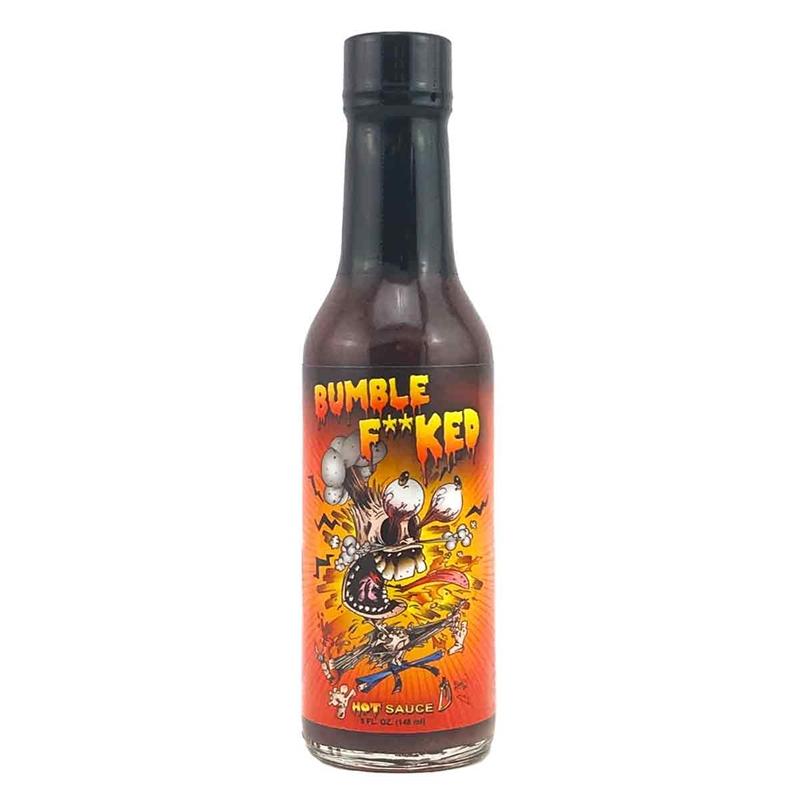 This sauce gets its name and inspiration from its creator, former Guns and Roses guitarist Ron "Bumblefoot" Thal. In addition to his love for naming things after foot infections, Bumblefoot also has a deep love for spicy foods, and this entry proves it. The resulting blend of ginger, tropical fruit, ginseng, caffeine, and atomically-powerful habaneros shows a certain artisan pride in creating a bold and complex flavor profile that quickly devolves into pure, burning agony.

There's a good amount of debate on just what constitutes the hottest hot sauce. Particularly invested critics will argue that being the hottest sauce means having an actual flavor profile, instead of just being a chemically distilled heat extra, and we're inclined to agree, and this sauce narrowly beats out a few mean contenders for a spot at the top.

Black Mamba Six looks like a barbecue sauce, but any confusion will end as soon as you uncork the bottle and instantly bring tears to everyone else in the room. Black mamba snakes are extremely dangerous due to the potency of their venom, and this particular result of culinary mad science seems determined to live up to its name. At the core of its flavor are chocolate habaneros, an offshoot of regular habaneros that makes its cousins look weak by comparison. Chocolate habaneros aren't all pain, however, as they pack a subtle earthy and smoky undertone with a slight hint of sweetness.

This sauce joins Vespa scooters in membership on an exclusive list of products that are actively scarier than the animals they're named after.

What's your favorite blend of hot sauce? Let us know in the comments!