Flying Dog Brewery is taking your summer beach memories and putting them in a bottle.

The limited-release beer will be available in stores just in time for the Memorial Day holiday and can be enjoyed all summer long. The beer is a result of Flying Dog’s program that allows employees to suggest new beer flavor combinations. Dolle’s Candyland is reciprocating by making a beer flavored like saltwater taffy that will be available in its stores this summer. 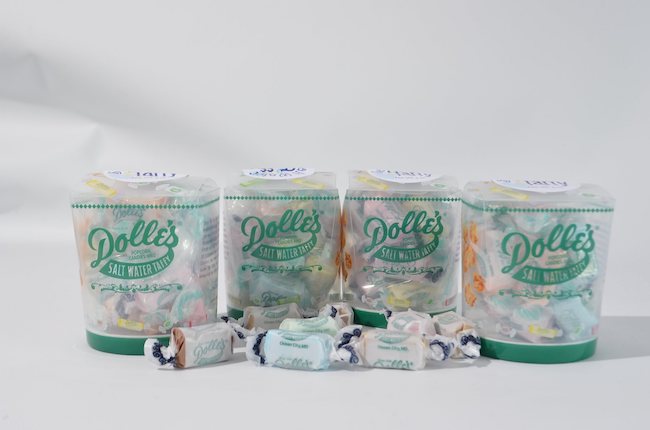 The Saltwater Taffy IPA joins another popular summer beer made by Flying Dog, Dead Rise OLD BAY Gose. The Old Bay flavored beer is already on store shelves and is a popular choice when enjoying Maryland's summer staple, blue crabs. Saltwater Taffy IPA will be available in six-packs of 12-ounce bottles around the first week of June.

“Just in time for the sounds, smells, and tastes of summer, Dolle's is extremely excited to pair with Flying Dog Brewery in Dolles' first brand collaboration,” said Anna Dolle Bushnell, President of Dolle's Candyland, Inc. “Taste tests were enjoyed thoroughly between both Maryland businesses as we developed an IPA that invokes fun and summer with inspired flavors of Dolle's lemon saltwater taffy.”

Dolle’s Candyland has been around since 1910 and has several locations up and down the Delmarva coastline. According to the Washington Post, President Biden has a penchant for the sweet taffy and keeps a dish in his office. Flying Dog Brewery will be providing hops to Dolle’s to make a special-edition saltwater taffy that will be available at Ocean City locations and online at dolles.com.

Are beer and saltwater taffy your summer treats? Share in the comments.