Get a Free Pepsi With Your Hamburger This Friday

Get a Free Pepsi With Your Hamburger This Friday

Pepsi says hamburgers are #BetterWithPepsi—and you can get a free one is on them.

Friday, May 28, is National Hamburger Day, and Pepsi is betting you will enjoy it more if it's paired with an ice-cold Pepsi. To test their theory, the soft drink maker is offering a free Pepsi to anyone that posts a picture enjoying a hamburger and a Pepsi on National Hamburger Day. It doesn’t matter where you get your hamburger or if the restaurant offers Pepsi products, Pepsi will reimburse you for it.

Why National Hamburger Day? PepsiCo took third-party surveys that revealed 60% of people preferred Pepsi to Coke when eating a hamburger. Participants were given hamburgers from McDonald’s, Burger King, and Wendy’s along with blind samples of Pepsi and Coke. More than half of the participants said their burgers tasted better with Pepsi.

“The signature flavor and bright citrus blend of Pepsi cuts through the fat and gives a juicy hamburger a fresh, clean and delightful taste,” said Chef Kyle. “It’s just like how adding a touch of citrus in cooking can heighten flavor and change a food or beverage’s entire flavor profile, which is why it is used by chefs and mixologists across the world to add brightness and lift the flavors of the foods and beverages they create. This is why Pepsi is a no-brainer to pair with burgers.” 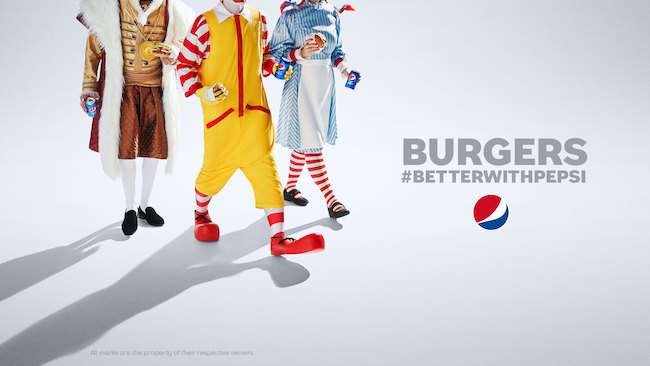 More boaters seen out on the water driving while intoxicated