Get Spooky With These Halloween Beers

Get Spooky With These Halloween Beers

Halloween is upon us, and keeping in the 2020 tradition of boozing up every holiday, we decided to look at some seasonal beers. From the spooky to the sugary to the downright strange, these drinks are sure to get you in the Halloween mood.

A lot of craft breweries are fixated on the notion of brewing "pure" beer using only traditional methods, ingredients, and flavors. Monster Mash beer doesn't limit itself by tradition. Instead of trying to coax out autumnal flavors through pumpkin spice and cinnamon, this beer's ingredients read like a kid's trick-or-treating haul.

Drake's Brewing makes this drink using a combination of every staff member's favorite Halloween candy, which includes gummy worms, sour patch kids, and a whole lot of chocolate. If you're looking to start your November in a sugar coma, it's hard to do better than this uniquely Halloween-y experience. Made by Colorado's own New Belgium, this distinctively autumnal drink does a good job of separating itself from Fat Tires and Voodoo Rangers—some of the brewery's other big brands. Combining a palate of autumn spices with several unique fruits and vegetables, this drink manages to deliver a strong pumpkin flavor that doesn't just feel like drinking a pumpkin pie.

Whether you're relaxing in the pumpkin patch or getting chased through one by a man with hooks for hands, this drink is sure to remind you of the reason for the season. 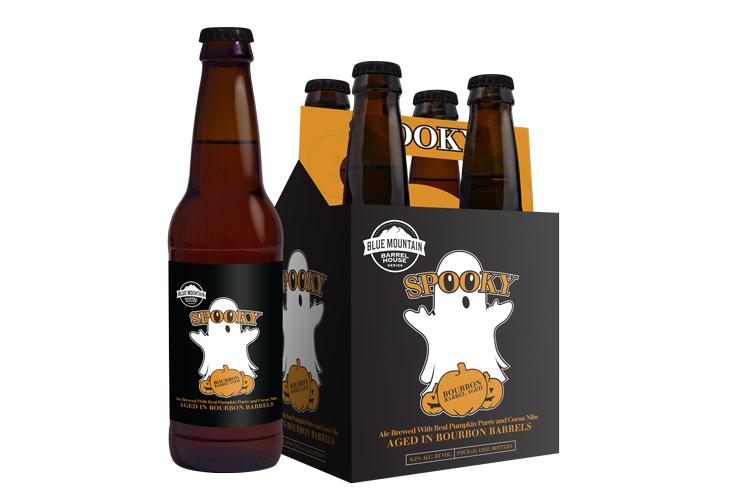 If the adorable ghost on the front doesn't key you in, you're in for a good time with this Halloween beer. Every batch is brewed with over 200 pounds of aged pumpkin puree, making this a drink that's sure to electrify your senses with an aggressively autumnal flavor. Brewed by Blue Mountain Brewery in Virginia, this playful beer is a celebration of all things Halloween. 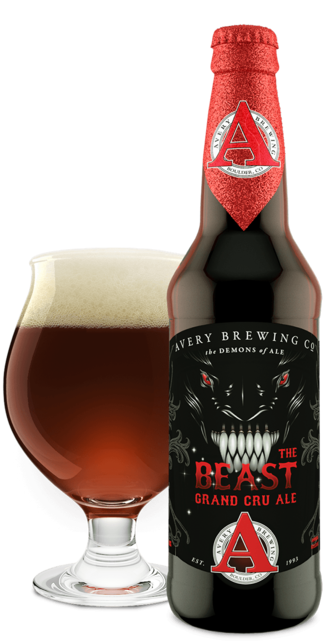 Tremble before the beast! This strong-bodied beer combines an imaginative mix of molasses, raisins, plums, dates, and rum, to create a sensation that's uniquely seasonal. Brewed in Colorado by the Avery Brewing Company, this drink is part of their "Demons of Ale" lineup, a trio of strong beers with a moniker that would make a great name for a thrash-metal band.

With a 17% alcohol content, this grand cru isn't for the weak-willed or the weak-livered. You read that right: this drink packs such a punch that it makes most wine look tame by comparison.

Brewed by the Wychwood Brewery in the United Kingdom, this dark porter hit all of the Halloween notes. Occult imagery? Check. Malts that sound like the ingredients for some sort of forbidden alchemy? Check. Non-standard spelling of the word "witch"? Chyck.

Featuring a rich caramel sweetness that's offset with a roasty, hoppy, bitterness, this brew is perfect for sipping while you watch the sunrise from a hut in a foggy forest. As it's brewed in the UK, this drink can be a bit challenging to find domestically, but nothing makes a Halloween memorable like a quest for a forbidden potion.

Yes, we know that Four Loko isn't a beer. But no mention of spooky alcohol is complete without name dropping this "beverage". While other drinks earn their spook factor by getting creative with branding and autumnal flavors, Four Loko accomplishes its contributions to the world of horror in a very different way. Sure, it doesn't have the same seasonal aesthetic as the rest of this list, but it also has a non-zero chance of causing people to burn wicker furniture on their front lawns while absolutely naked and screaming at the moon. That's a level of terror that's hard to match.

What is your favorite seasonal beer? Let us know in the comments.