Krispy Kreme fans will love the upgrade to the original glazed doughnut.

Krispy Kreme is celebrating the 50th anniversary of Apollo 11 landing on the moon by “launching” a new item to its menu. The doughnut company is taking its classic original glazed doughnut and filling it up with chocolate and vanilla creme. The new filled doughnuts will become a permanent menu item, with new flavors in the works.

The North Carolina-based doughnut retailer has a long history with the space program. Krispy Kreme was at the launch of Apollo 11 in 1969, serving spectators its popular glaze doughnuts.

“As America prepares to celebrate the 50th anniversary of the moon landing, we want to give our fans a new taste experience that is out of this world. We choose to fill our Original Glazed® doughnuts, not because it is easy, but because it is hard, no disrespect intended, JFK,” said Dave Skena, Chief Marketing Officer for Krispy Kreme. 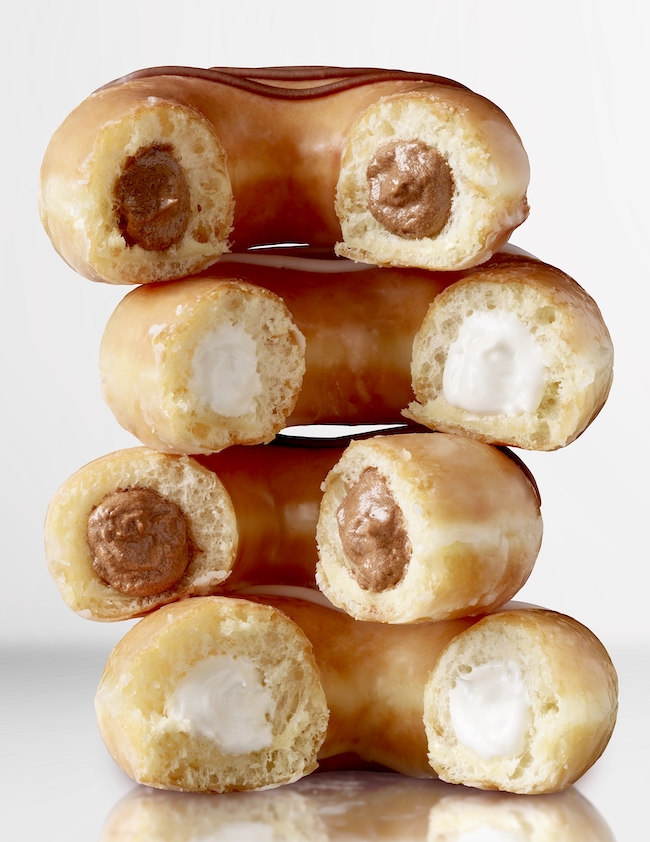 The first Krispy Kreme store opened in Winston-Salem, North Carolina, in 1937. The brand is known for its sweet glazed doughnuts that are served hot off the conveyor belt. The store’s “Hot Now” red neon light flashes to let fans know when fresh doughnuts are rolling down the line.

In celebration of the latest addition, Krispy Kreme will be giving away free Original Filled doughnuts ahead of the 50th anniversary of the Apollo 11 moon landing on July 20. To get your free doughnut, just visit a Krispy Kreme store on Saturday, June 22, 2019. Check the website to find a participating store near you.

How many Krispy Kreme doughnuts have you eaten at one time? Be honest.