Krispy Kreme Is Going All In On Pumpkin Spice

Krispy Kreme Is Going All In On Pumpkin Spice

As pumpkin spice continues it proliferation into donut and coffee restaurants, one restaurant has gone above and beyond. Krispy Kreme has announced the return of pumpkin spice with a new box full of pumpkin- and cinnamon-themed donuts. The Pumpkin Spice Doughnut Collection includes 12 doughnuts in four different varieties and will be available in stores through the end of September.

Pumpkin spice is the essence of the fall season and serves as a comfort food to transition us away from summer. Last year, Krispy Kreme introduced the pumpkin spice glazed filled doughnut, and this year they have another new doughnut to add to the mix.

“We’ve not only brought back your favorites, we’ve added a new Pumpkin Spice Cinnamon Roll Doughnut and you’re going to love it,” said Dave Skena, Chief Marketing Officer of Krispy Kreme. “Plus, we’re making them every day all month long, so you’ll have the time to try them all.” 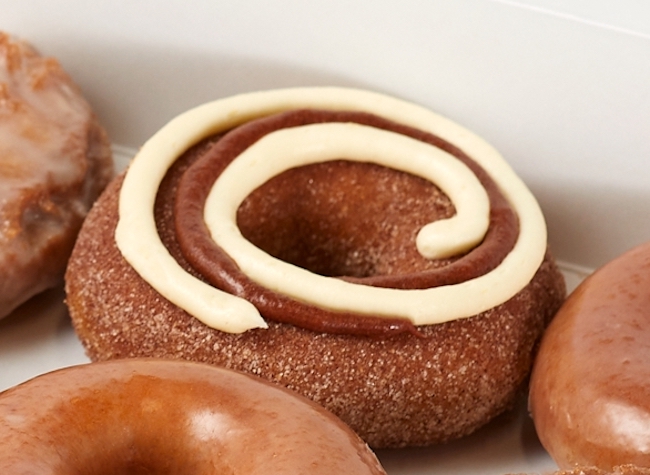 Unfortunately, if you want a pumpkin spice drink to accompany your doughnuts, you’ll have to get one somewhere else. Krispy Kreme does have a variety of hot and iced coffee, lattes, and mocha drinks. The Pumpkin Spice Doughnut Collection costs around $12, but if you’re lucky enough to find a coupon in your local newspaper, you can get the specialty dozen for just $6.99.