Furlough Cheesecakes will soon be on the shelves at Walmart stores across the region.

When Fort Washington sisters Nikki Howard and Jaqi Wright were laid off during the government shutdown in 2018, their families were devastated. With the bills piling up and no sign of a compromise in sight, the sisters had to come up with a plan. They pulled out a popular family cheesecake recipe and began selling the cakes online. The cheesecakes were an instant hit, even catching the eye of TV personality Ellen Degeneres.

A mere six months later, and the women have a received an offer to put their tasty cheesecakes in Walmart stores.

After the appearance on The Ellen Degeneres Show, the business was inundated with thousands of orders from all over the country. The women quit their jobs even after the shutdown was lifted and began making cheesecakes full-time. 'The Furlough Cheesecake' business is slated to hit Walmart shelves on August 18. The cheesecakes will be available in approximately 100 stores around the DMV region and will be smaller, just three-inches round.

The immense success of the business has been almost overwhelming to the women. “It’s a miracle. I mean, we can’t. If we had to write this story, I don’t think I have this much imagination,” the sisters remarked in an interview with WJLA. “The blessing is that we had each other, and a cheesecake.” 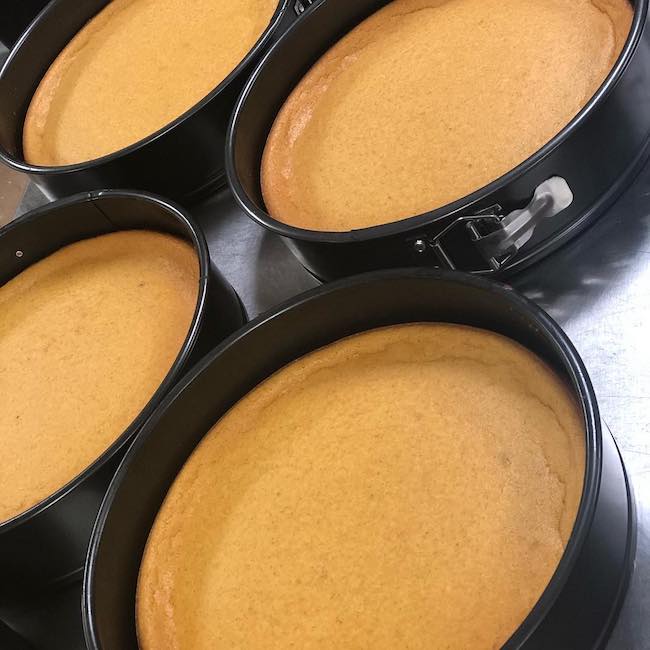 Full-size Furlough Cheesecakes will continue to be sold on the ladies’ website and through pop-up shops around Maryland. The original eight-inch cheesecakes are available in two flavors, original and sweet potato. Each cheesecake is made fresh to order and can be shipped across the country.

Have you tried a cheesecake from The Furlough Cheesecake? If so, what did you think? Let us know in the comments below.