McDonald's Is Adding a Plant-Based Burger: The 'McPlant'

McDonald's Is Adding a Plant-Based Burger: The 'McPlant'

The plant-based burger will be introduced at select locations next year.

McDonald’s is finally jumping on the plant burger bandwagon. The burger chain has announced plans to add a plant-based burger to certain markets in 2021. Burger King, Carl’s Jr., Fatburger, Shake Shack, and White Castle already have plant burgers on their menus, mostly supplied by the two big brands, Impossible and Beyond. But McDonald’s coyly suggested it won’t be adopting either of these brands, instead creating its own burger called McPlant.

The McPlant burger has been tested in a few markets in Canada and received rave reviews. McDonald’s is planning on letting individual markets make the call on adding the McPlant to store menus in 2021. Shares of Beyond Meat sank on the news and forced its CEO to come out and clear the air about the brand’s involvement with McDonald’s. In an interview with CNBC’s Jim Cramer, CEO Ethan Brown indicated they might work with McDonald’s in the future.

“I believe our relationship with McDonald’s is very strong. We’re involved with McDonald’s on a number of different fronts. We’re doing things now to prepare for things in the future that involve McDonald’s. I just can’t go out and speak for the company as to which supplier they’ve chosen or who they’re going to be working with.” 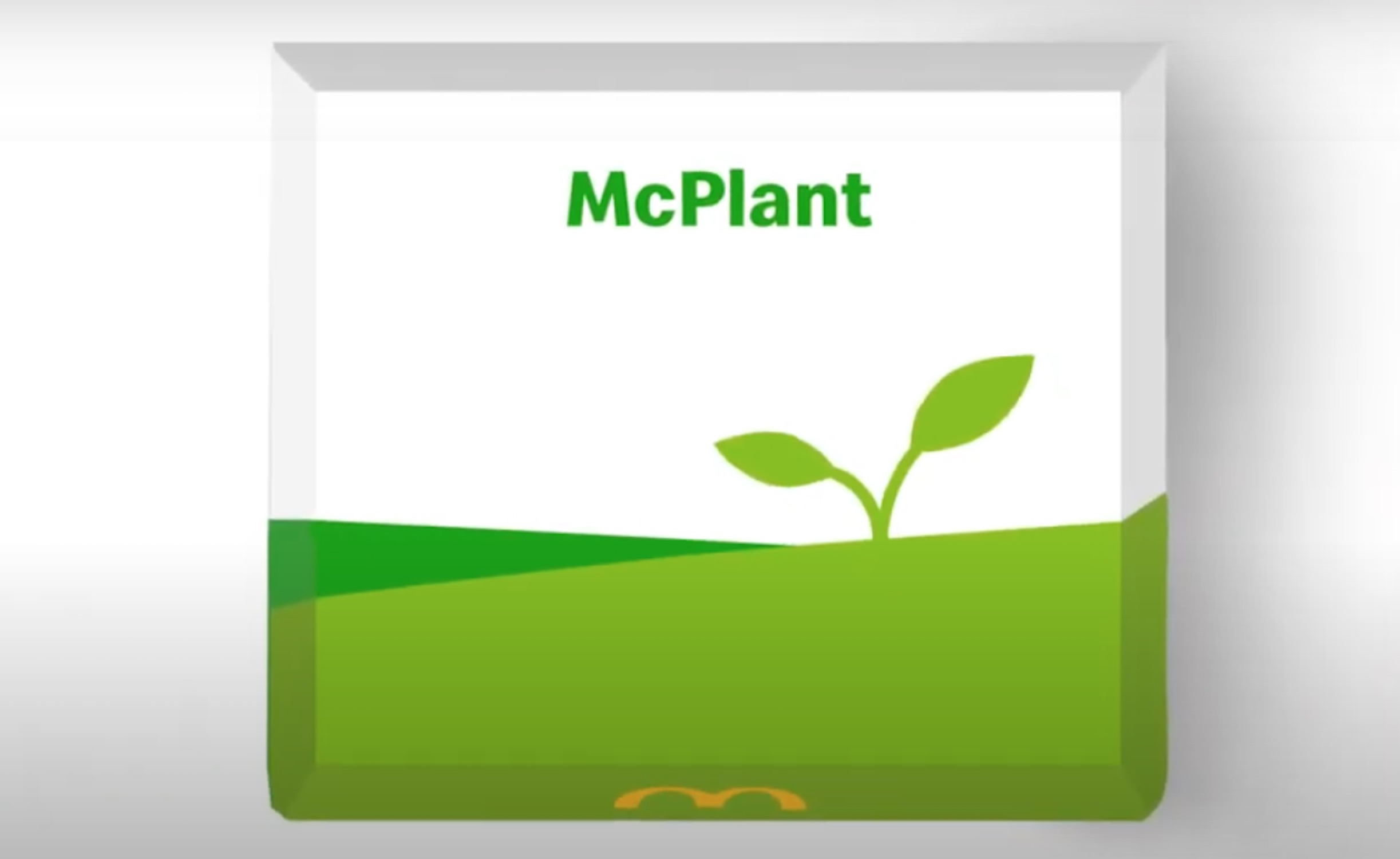 McDonald’s will also be implementing some changes to its regular burgers in the U.S. in the near future. In an effort to create a more crafted sandwich, McDonald’s is switching it up with seared patties, grilled onions, and toasted buns. The changes were tested in Canada and Australia last year.

So, what do you think? Are you excited for the McPlant? How do you feel about the McName? Tell us in the comments!