If you want to get your hands on some Old Bay Hot Sauce, time may be running out. Maryland spice manufacturer McCormick and Company said it has shipped the new sauce out to grocery stores on the East Coast on June 10, 2020. McCormick created the sauce in response to Old Bay fans who had been mixing the seafood spice with hot sauce for hot wings, bloody marys, and other spicy recipes. The first batch of sauce was sold to restaurants and some lucky fans who were able to buy it online.

After seeing how popular the hot sauce was, the company promised to get it on grocery store shelves so more people could enjoy it at home.

"When we first launched this special, limited Old Bay offering in early 2020, we were excited to see the amazing response it received. We knew our loyal Chesapeake-area fans would embrace this hot sauce as the winter escape it was intended to be, however, we quickly discovered that fans all over America, and even the world, were seeking it out. We’ve been fielding requests for its return ever since," said Jill Pratt with Old Bay. "Old Bay fans are extremely passionate and loyal, so we are happy to let them know our hot sauce is back for this summer.” 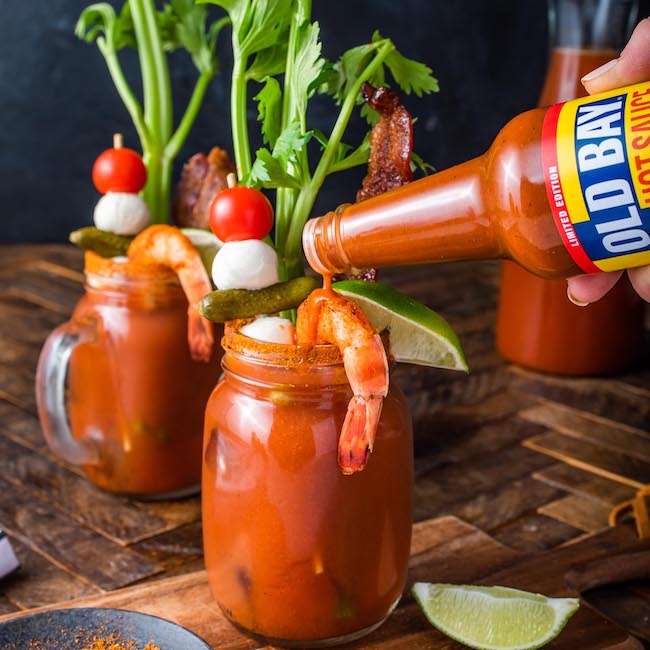 Old Bay Seasoning is the feather in the cap of Hunt Valley-based McCormick and Company. The company owns other brands including Frank’s Red Hot, Lawry’s, French’s, Stubb’s, and more. During the coronavirus pandemic, McCormick switched production at plants in Maryland and Canada to hand sanitizer to help with the shortage.