Pepsi Introduces New Coffee Soda Hybrid in a Can

Pepsi Introduces New Coffee Soda Hybrid in a Can

The new beverage combines Pepsi with coffee in a ready-to-drink slim can.

Pepsi fans have a new beverage to look forward to this spring. PepsiCo has announced the creation of a new coffee-Pepsi hybrid called Pepsi Café. The canned coffee beverage will also have double the amount of caffeine found in a 12-ounce can of Pepsi Cola. Pepsi Café will come in two flavors, original and vanilla, and aims to reach both coffee and Pepsi lovers.

The average cup of coffee has about 155 milligrams of caffeine while a 12-ounce can of Pepsi only has 38 milligrams. The company says a 12-ounce Pepsi Café will have double the amount of caffeine in a regular Pepsi Cola, significantly less than a regular cup coffee. This product is designed to compete in one of the largest growing segments in the beverage industry: single-serve canned coffee beverages. 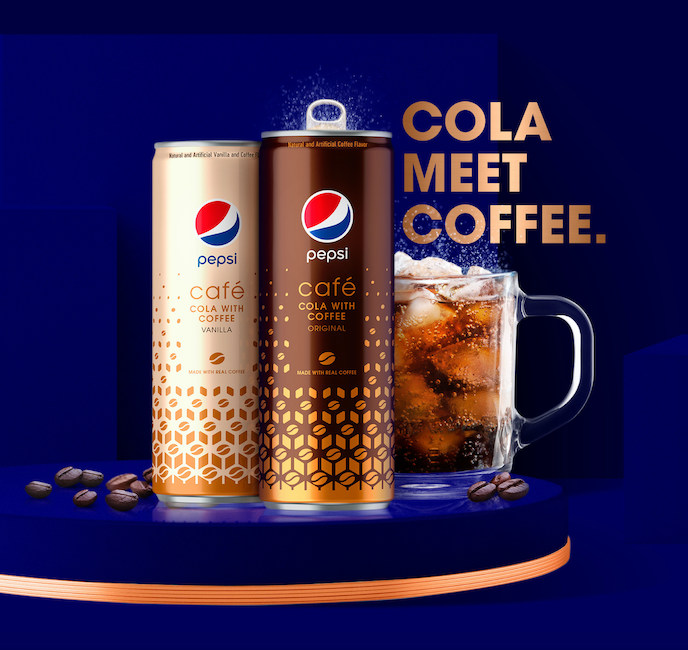 "We know that the consumers today are looking for products that meet the needs of energy, indulgence, and refreshment during that afternoon pick-me-up occasion," said Todd Kaplan, VP of Marketing at Pepsi. "At Pepsi, we've known the potential of blending cola and coffee for years, and after striking the perfect balance, we cannot wait to introduce Pepsi Café to the US next year."

This isn’t the first time Pepsi has introduced a coffee drink. In 1996, it launched a coffee-flavored soda called Pepsi Kona in the city of Philadelphia.

Pepsi Café is made with arabica beans that give the soda a slight coffee flavor. Vanilla Pepsi Café is a sweeter, creamier version for those with a bigger sweet tooth. Pepsi Café will be available in stores beginning in April of 2020.

What do you think? Can't wait to try it? Tell us in the comments!