So, What Exactly Is Astronaut Ice Cream?

So, What Exactly Is Astronaut Ice Cream?

It's neither ice nor cream ...

Astronaut Ice Cream. This "tasty" "treat" manages to be just as polarizing as it is expensive. Critics of the food complain that it's overly chalky with an unnerving texture and unexciting flavors. Fans of the food will argue that those drawbacks don't matter because we live in an uncaring void and our ice cream should reflect that.

But what exactly is it? Where do these vaguely Neapolitan chalk blocks come from? NASA? Space? Let's explore.

To get the obvious out of the way: Astronaut ice cream probably isn't made out of real astronauts. Probably.

Astronaut Ice Cream is a special type of freeze-dried (more on that means later) snack that was first released during the height of the space race. This snack was part of a larger culinary shift that focused on mass-producible, shelf-safe foods. During this time, we saw a massive push for instant food mix, along with complex canned goods. While some of these foods stuck around (thank you, pancake mix), plenty have been all but forgotten. If you've never experienced a canned whole chicken, then doing so will traumatize you.

Despite both its name and brand as a space-age alternative for ice cream, Astronaut Ice Cream has apparently never been to space. As it turns out, the food's chalky and crumbly texture make it dangerous to consume in zero gravity, eating it means the risk that dust particulates will break off and potentially start fires if they drift into electrical panels. The food benefitted from a long-running rumor that it was served during the 1968 Apollo 7 Mission, but it's unclear that any actually went up into space. 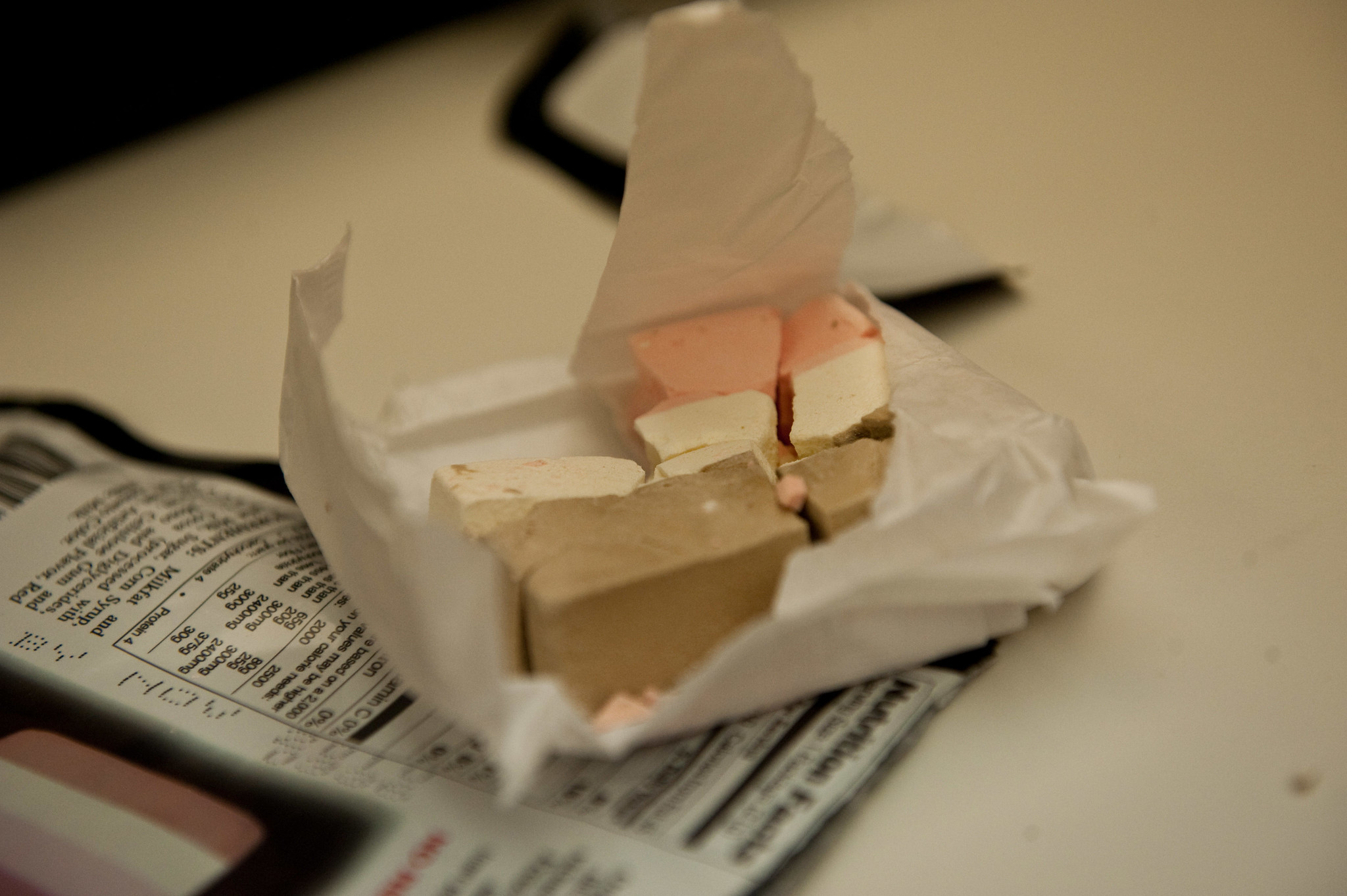 So, how is it made? Astronaut Ice Cream starts its tragic life as regular ice cream, usually with a coconut milk base for extra flavor. From there, it's repeatedly frozen to -15 degrees Celsius. This temperature is so cold that its water content starts to actively separate from the rest and crystalize. These ice crystals are vaporized and drained off from the ice cream, which then thaws slightly before starting the process again. Eventually, the chalky blob becomes so dehydrated that it's no longer capable of melting and it's free to be packaged for consumption by rich backpackers and disappointed children everywhere.

According to manufacturers, if you break off a chunk of Astronaut Ice Cream and let it melt in your mouth long enough, it eventually develops a creamy texture and actual flavor. Seeing as this involves doing something suspiciously close to actually eating it, however, we're going to pass on testing that.

What do you think about Astronaut Ice Cream? Scream about it in the comments below!