Some people avoid murder-houses, but this one could be pretty lucrative.

One of the houses where Lizzie Borden lived in Fall River, Massachusetts is up for sale according to the Boston Globe. The murders of her father, Andrew Borden, and stepmother, Abby, occurred there in 1892 and, although Lizzie Borden was (and remains) a prime suspect, it has never been proven that she was actually the culprit. She was acquitted for the crimes by a jury the following year.

In 1996, the house was restored to its Victorian appearance and opened to the public. According to the BnB's website, "the furnishings retain their rightful place, the décor has been painstakingly duplicated", and "artifacts from the murder case are displayed" throughout to replicate the look and feel of the summer day that Lizzie Borden's parents met their demise.

With COVID-19 precautions in place, the tours and BnB reservations have resumed but the current owners, who have owned the property for over 15 years, have decided to retire. The property was placed on the market Monday, in the hopes that the new buyer will "keep it as a bed and breakfast and for tours,” according to tour guide and realtor Suzanne St. John. The sale is described as a "turnkey operation" in which the new owner will have rights to trademarks, the website, and other intellectual property so, the business itself is included in the $2 million price tag. According to St. John, "It’s one of the most visited tourist attractions in New England."

"Axe" me what's coming on the market?

Double the murder, double the fun!

The same owners, Donald Woods and Leeann Wilber, also purchased another Fall River home with a connection to Lizzie Borden back in 2018. The Borden sisters had moved there after Lizzie was acquitted in 1893 with money from their inheritance. Lizzie starting going by the name Lisbeth and named the property "Maplecroft," where she lived until her death in 1927 at the age of 66.

The original plan was to turn the house into another tourist attraction after some renovations, but after the city asked for additional renovations the idea was scrapped in September of 2020 and the building was placed on the market, according to the Herald News. The original asking price was $890,000 but according to the most recent listing, potential buyers can inquire about purchasing both properties, perhaps with some sort of discount applied to the deal. The seven-bedroom house is fully furnished, had a sprinkler system installed, and some landscaping was done on the grounds of the property. 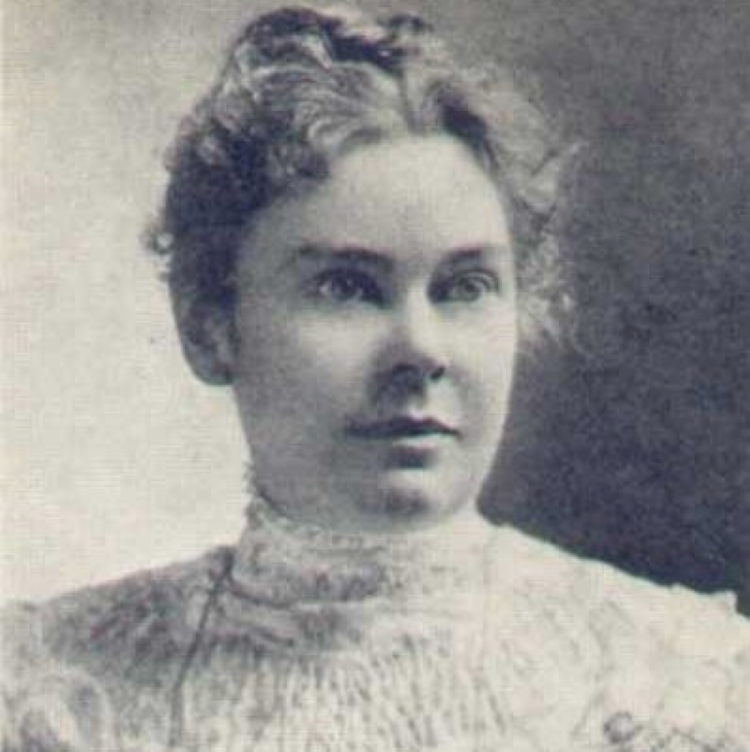 In 1892, the nation became consumed with the double murder of Andrew Borden and his wife Abby. The murders and the following trial were among the first to capture public interest on a grand-scale in a time long before the internet and constant media coverage. The homicides happened in broad daylight, the morning of August 4, and the only other people home at the time were their housekeeper Bridget "Maggie" Sullivan and their daughter Lizzie.  Over the course of the investigation, Lizzie's answers to the police were "strange and contradictory" and it didn't take long for the court of public opinion to deem her guilty.

After a great deal of confusing testimony, investigating multiple motives, and the police mishandling the case, Borden was acquitted of the crimes by a jury in June of 1893. The case is still officially unsolved and no one else was ever connected with the crime. Many books, plays, and television shows have been produced on the topic and speculate what could have spurned the events of that late summer morning over 120 years ago.

Lizzie and her sister Emma moved to a different house, albeit in the same neighborhood, in an attempt to further themselves from the ordeal. Lizzie went on to own several properties and live a wealthy lifestyle, however, she was never able to shake the public notion that she was guilty of murder. In an essay for the journal American Studies, Ann Schofield wrote that "Borden's story has ... been created and re-created through rhyme and fiction," and that "it has taken on the qualities of a popular American myth or legend."

Would you be interested in purchasing the Double Homicide House? Would you at least want to spend a weekend there? Let us know in the comments below!