While we may not have been able to get to Walt Disney World in person over the past year, we can still get our foodie fixes by trying some of the park’s recipes at home. Let’s join Ratatouille's Remy, Emile, Linguini, and the rest of the gang from Gusteau’s restaurant for a fun and bubbly champagne cocktail.

This refreshing cocktail is based on Linguini’s reluctant instructor and love interest, the tough-talking, motorcycle-riding Colette Tatou. Voiced by Janeane Garofalo, Colette is the lone female in a kitchen full of male counterparts. And tiny rat chefs. Let’s not forget the tiny rat chefs.

The Colette champagne cocktail is served at Remy, a French-inspired restaurant aboard the Disney Dream and Fantasy cruise ships. Onboard the ship, the drink is handcrafted tableside among Art Nouveau décor and French fare created by internationally recognized chefs Scott Hunnel and Arnaud Lallement.

Made with vodka, champagne, and orange-flavored liqueur, the beverage is similar to a mimosa. The recipe calls for Grand Marnier (and that’s probably what Disney uses), however, you could also use another orange-flavored liqueur like triple sec or Cointreau. Both get bonus points for being French, however, the Cointreau brand has a higher alcohol content than triple sec, which can be found in brands like DeKuyper or Bols.

As far as champagne goes, I’m partial to Andre, but you could also use Bollinger, Moet & Chandon, or even a prosecco or cava. Your favorite mimosa champagne will work just fine.

What makes Disney’s Colette Cocktail really unique is the addition of optional caviar pearls, a sweet red and dark liqueur. Crème de cassis is a sweet blackcurrant liqueur. The “pearls” are made using a spherification process, which simply means turning the liquid into a little solid sphere (or ball) that floats magically around the bottom of the glass. If you happen to be interested in making your own bubbly blobs of crème de cassis, which doubles as a cool science project, check out this recipe’s version using gelatin sheets.

The recipe appears on the Disney Parks blog and we’re sharing it with you. Make it a real French feast by stirring up a batch of ratatouille, slicing into a wedge of Brie, or whipping up the grey stuff à la Beauty and the Beast. Santé!

If you don’t happen to have dried pineapple cubes just hanging around your kitchen, try a simple slice of fresh pineapple on the rim of the glass. I actually tossed a couple of maraschino cherries in there. Even Anton Ego, food critic extraordinaire, would have to approve. 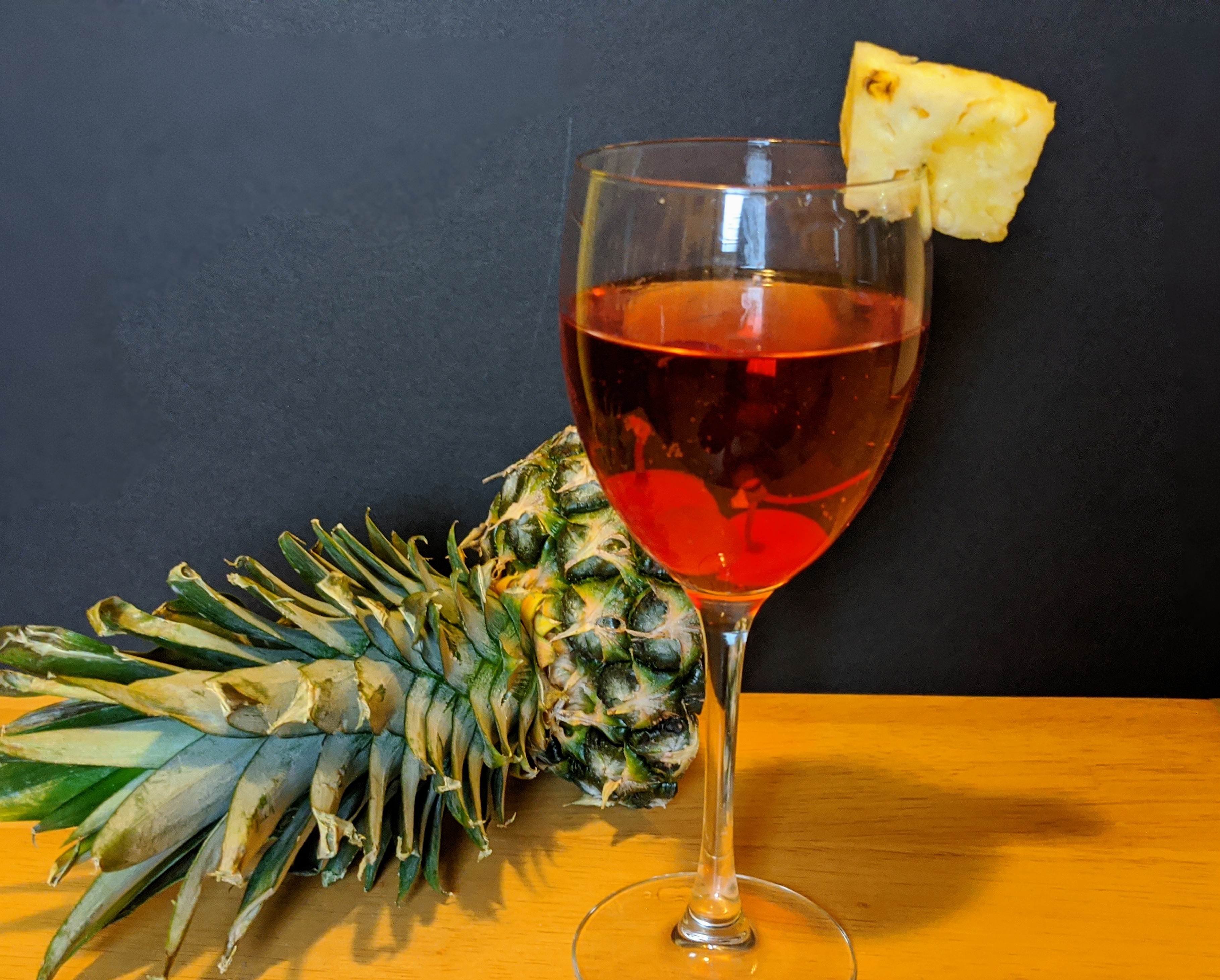 Have you tried the Colette Cocktail or any of Disney’s other delicious recipes? How did your creme de cassis pearls turn out? Let us know your favorites in the comments.