Here’s another chance to explore what Pinterest has to offer—just in time for Thanksgiving!

In case you didn’t see it, last month I tried three Halloween recipes from Pinterest. Well, I had so much fun recreating those dishes, that I decided to do it again! This time, I chose some Thanksgiving sides that looked particularly tasty. As I did last time, I’ll include links to the original recipes, should you want to try them (You should! They’re great!). Let’s dive in, shall we?

I’ll start this one by publicly declaring my undying love for cheese. I LOVE cheese! So when I saw this loaded casserole recipe called for three different kinds of the stuff, I had to try it. This recipe also calls for bacon though—and being Jewish, I don’t eat pork. So I substituted turkey bacon instead, in order to get the full impact of the recipe.

Now that that's out of the way, here is what I attempted to make: 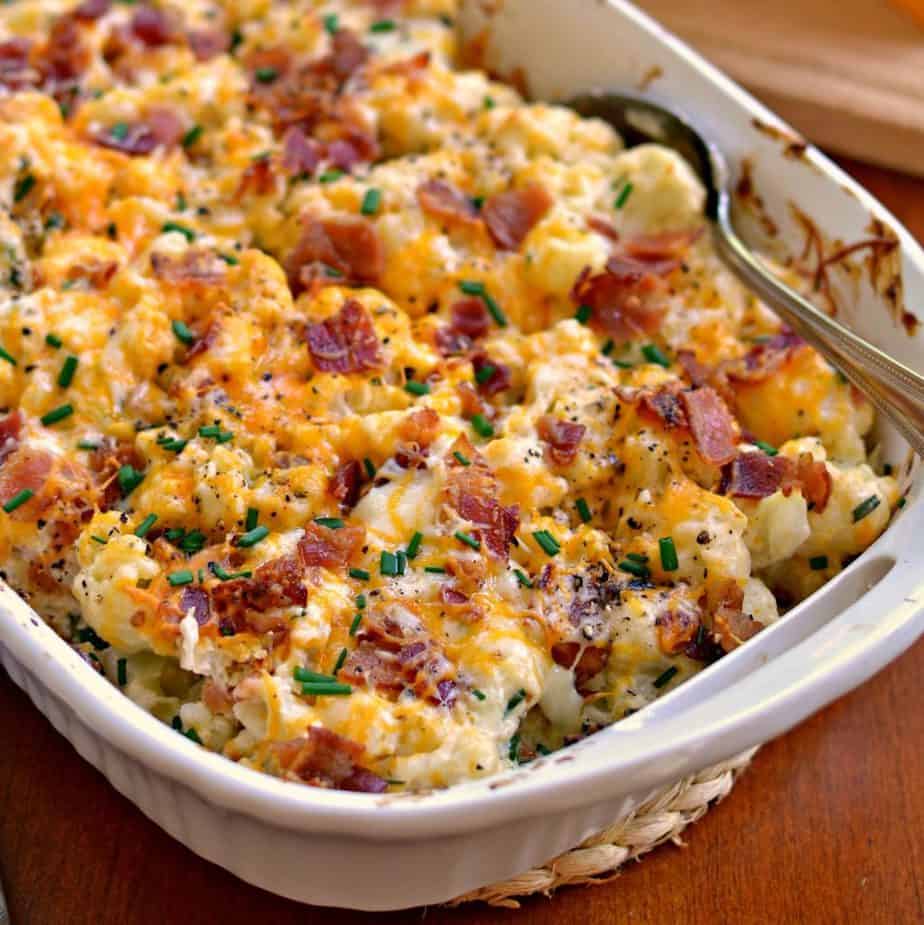 I must say, it looks absolutely delicious! Here is how mine turned out:

Not quite as yummy looking as the original photo, but it tasted great! I call it a complete success, and a recipe I definitely want to try again.

However, this next one I might not want to try again, or at least not go out of my way to make it again, but it wasn’t a fail ...

I’ll be honest, I don’t normally eat Brussels sprouts. I don’t dislike them though, especially when they’re roasted or mixed with other things. However, I am a fan of butternut squash and cranberries. So I picked this recipe out of sheer curiosity. Though it does call for pecans, my husband is allergic, so we had to skip those, unfortunately.

Here is what I was attempting to make: 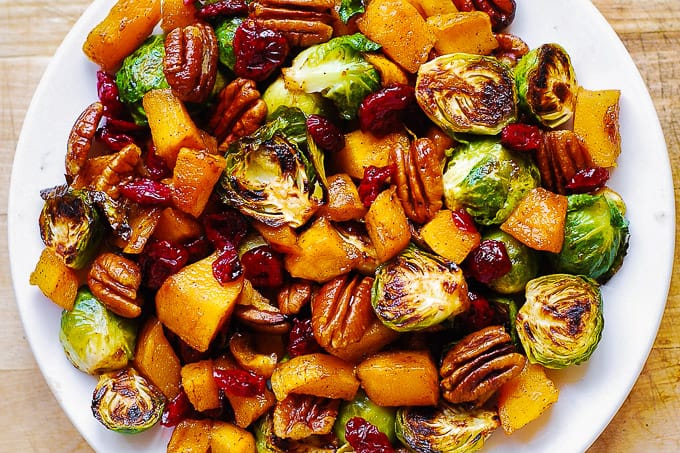 I did make a couple of mistakes during this recipe, mainly when it came to measuring the oil. I had to throw away my first sheet of parchment paper after misreading a step, and use another one before putting the sprouts in the pan. (I want to be comfortable in the kitchen, but I also don’t want to mess up, so I had a brief crisis when I accidentally poured too much oil in the pan.)

Anyway, after the brief restart, and carefully reading the rest of the recipe, here is how mine turned out: 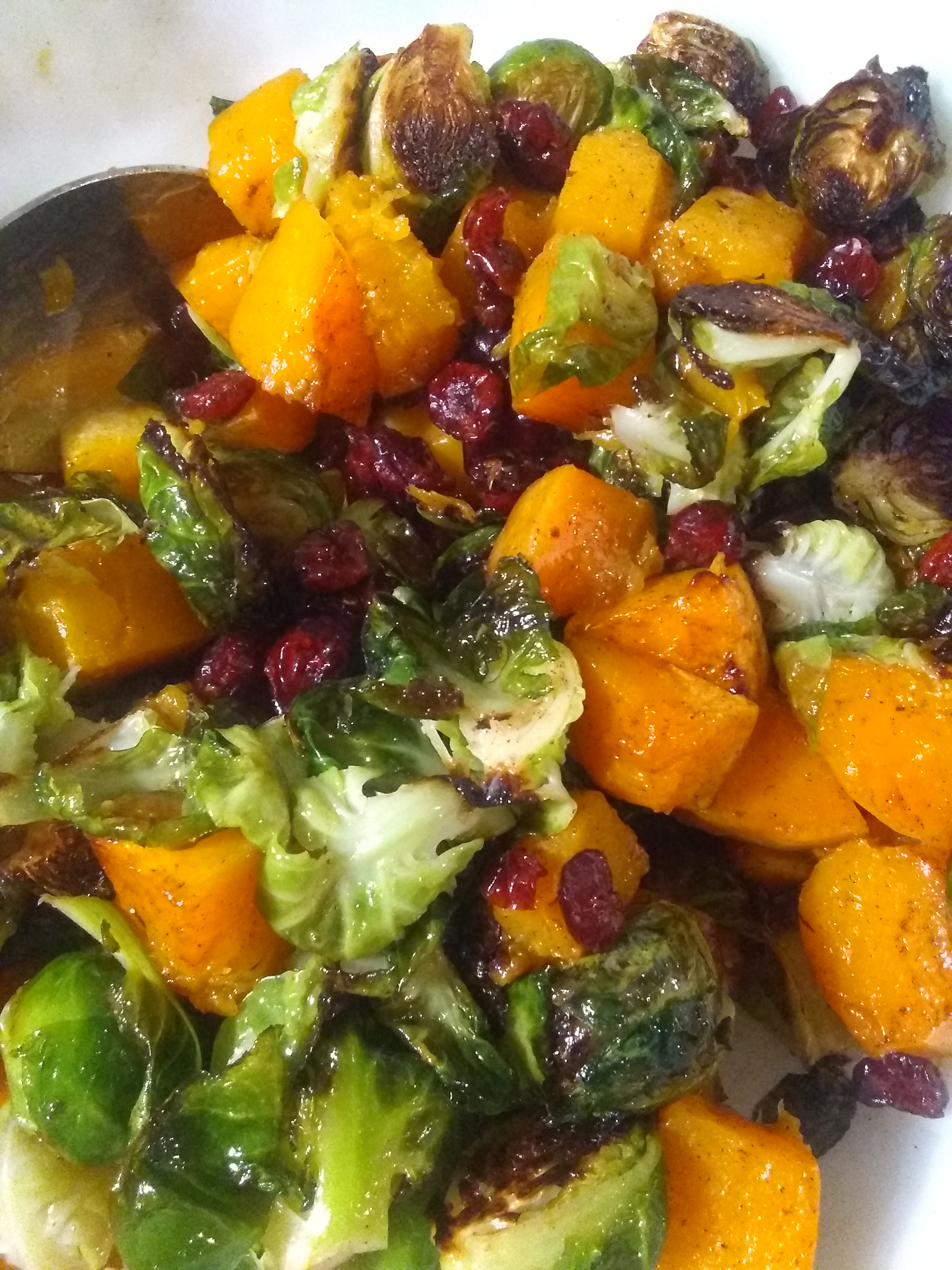 Looks pretty good, actually. At least it looks more like the original photo than I expected. As for taste, the squash was very good, but the sprouts were just okay. The cranberries definitely helped to elevate the whole thing with another layer of sweetness/tartness. Overall, I’m glad I tried it, but I wouldn’t make the effort to make it myself again.

I like the next recipe for the variety of ways you can customize it.

This one stood out to me because it’s a beverage, and I haven’t made one of those yet. The recipe is super simple, and actually doesn’t involve any cooking—you just add the ingredients together in a bowl and poof! You’re done. You can make it an alcoholic punch with champagne, but there is also a non-alcoholic version with ginger ale, so you can serve it to the whole family. 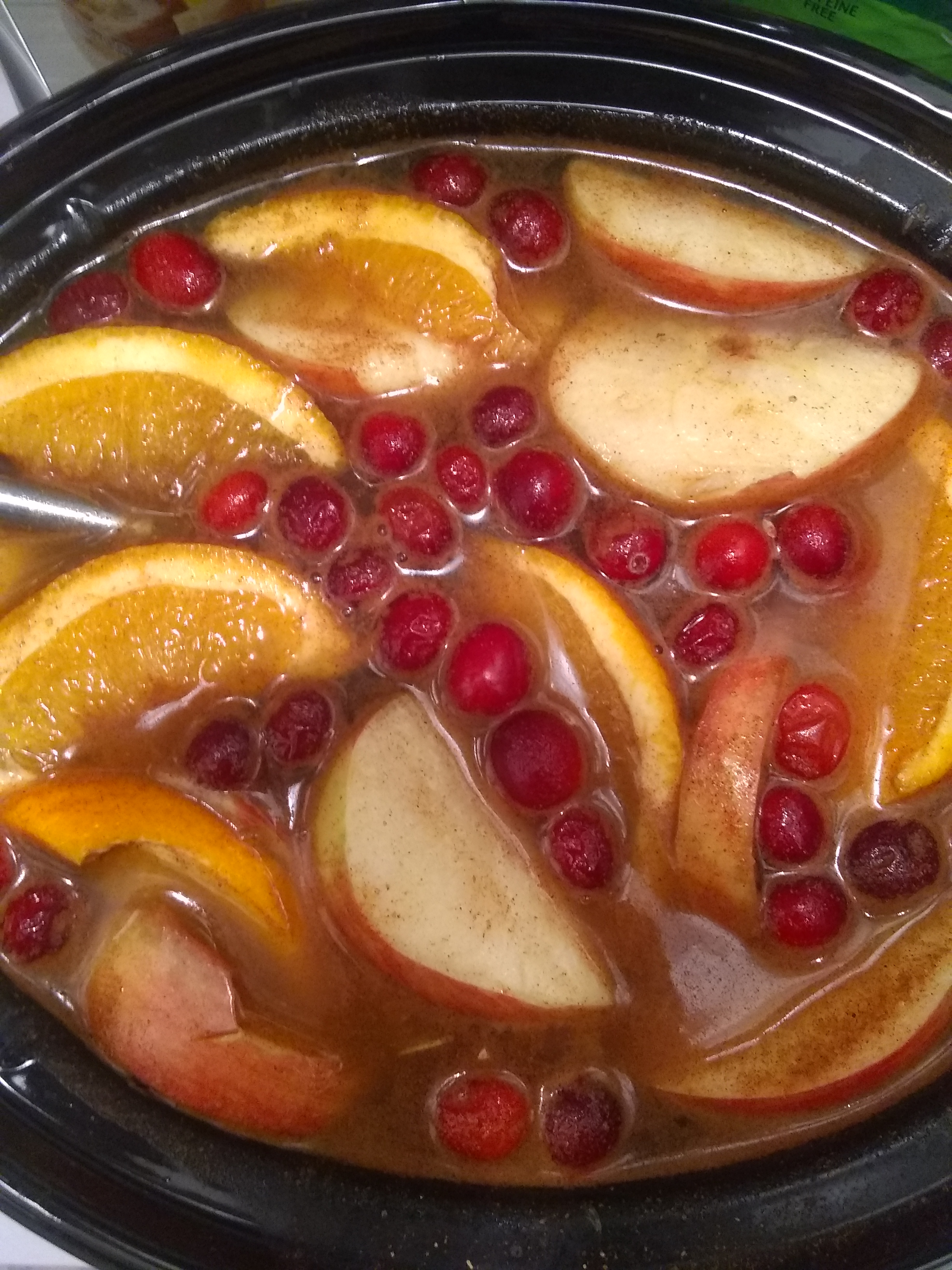 It’s very sweet, but still tasty! It makes for a great dessert beverage, or a nice morning-after-turkey brunch drink. It’s got all the flavors of fall without the heaviness of a pumpkin spice latte. I highly recommend it.

Overall, these recipes were way more successful than my Halloween ones—because they all worked out. Let me know if you try any of these for Thanksgiving, or just in general! Also, if you want me to try this again for another holiday (Hannukkah, Yule, whichever), let me know! I have a lot of fun doing these!