"The Soup," as my family calls it, has the potential to transform a dreary winter day into one of fragrant, flavorful splendor.

Truth be told, I don't know where this soup recipe came from originally. Several years ago, somebody gave me a photocopy of a magazine article with the basics of it, and it soon became a staple in my home—but not before we'd added our own twists. Because there was no title on the article, somewhere along the way my family and I just started referring to it as The Soup, or THE Soup. There are too many yummy ingredients in it to be called "Chicken Soup" or "Chicken Rice Soup" or "Chicken Rice Veggie Soup." So, it's "The Soup."

And to be painstakingly clear: The Soup is so delicious that the first time we made it, after we'd packed up most of the leftovers in storage containers, my husband and I stood over the pot like savages, scraping up the remnants and shoveling spoonfuls of flavor and cumin-y goodness into our mouths. Not our best moment. But it's the truth. 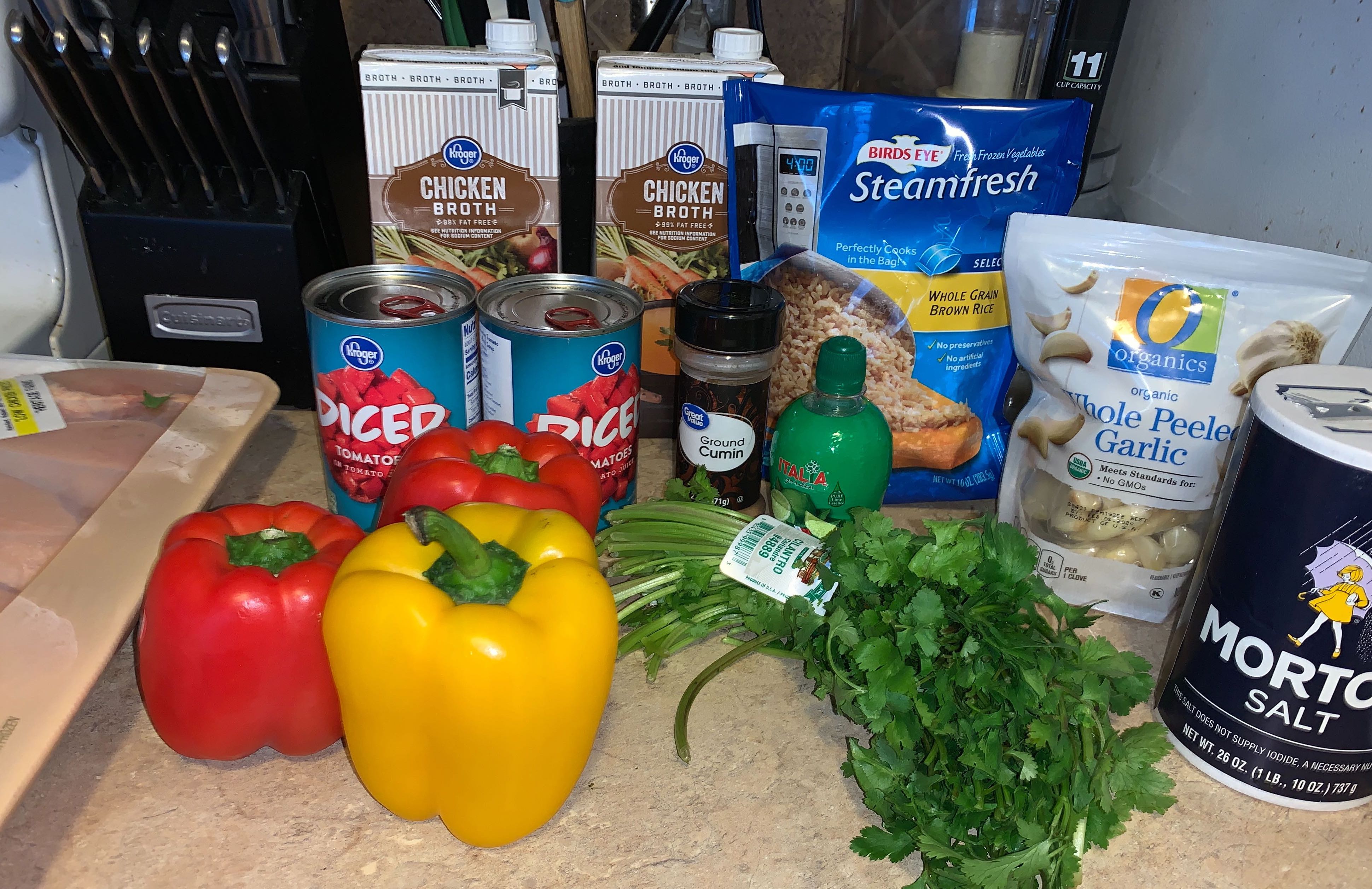 1. In a large saucepan, combine the broth and water. Bring to a boil, add the chicken and garlic, reduce to a simmer, cover and cook until chicken is just cooked through, about 10 minutes. Remove the chicken and set aside. When cool enough to handle, shred or cut into bite-size pieces.

2. With a slotted spoon, transfer the garlic to a food processor or blender along with 1/3 cup of the broth and puree until smooth. 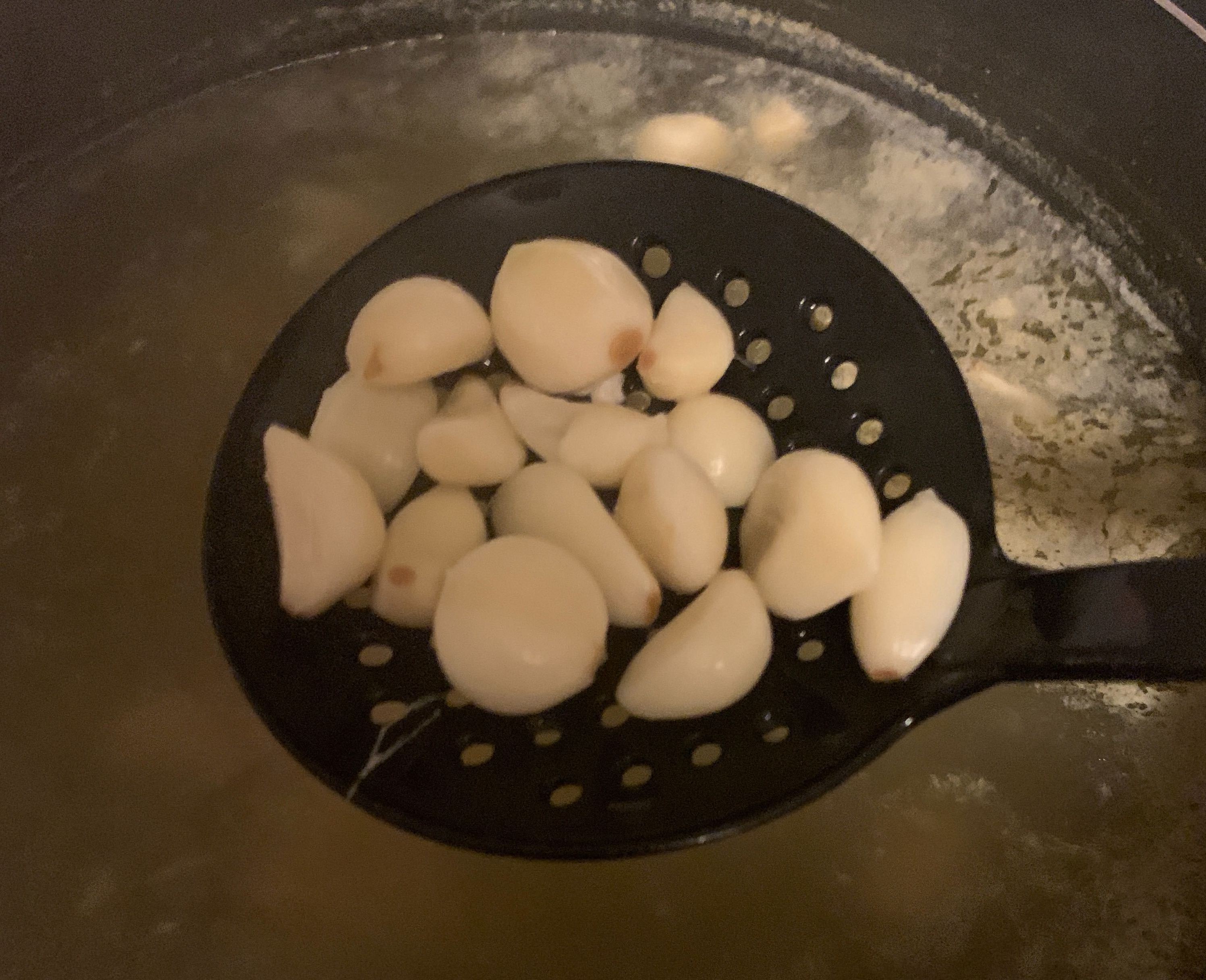 3. Add the garlic puree to the pan along with the tomatoes, bell peppers, cumin, salt, and cayenne. Bring to a boil. 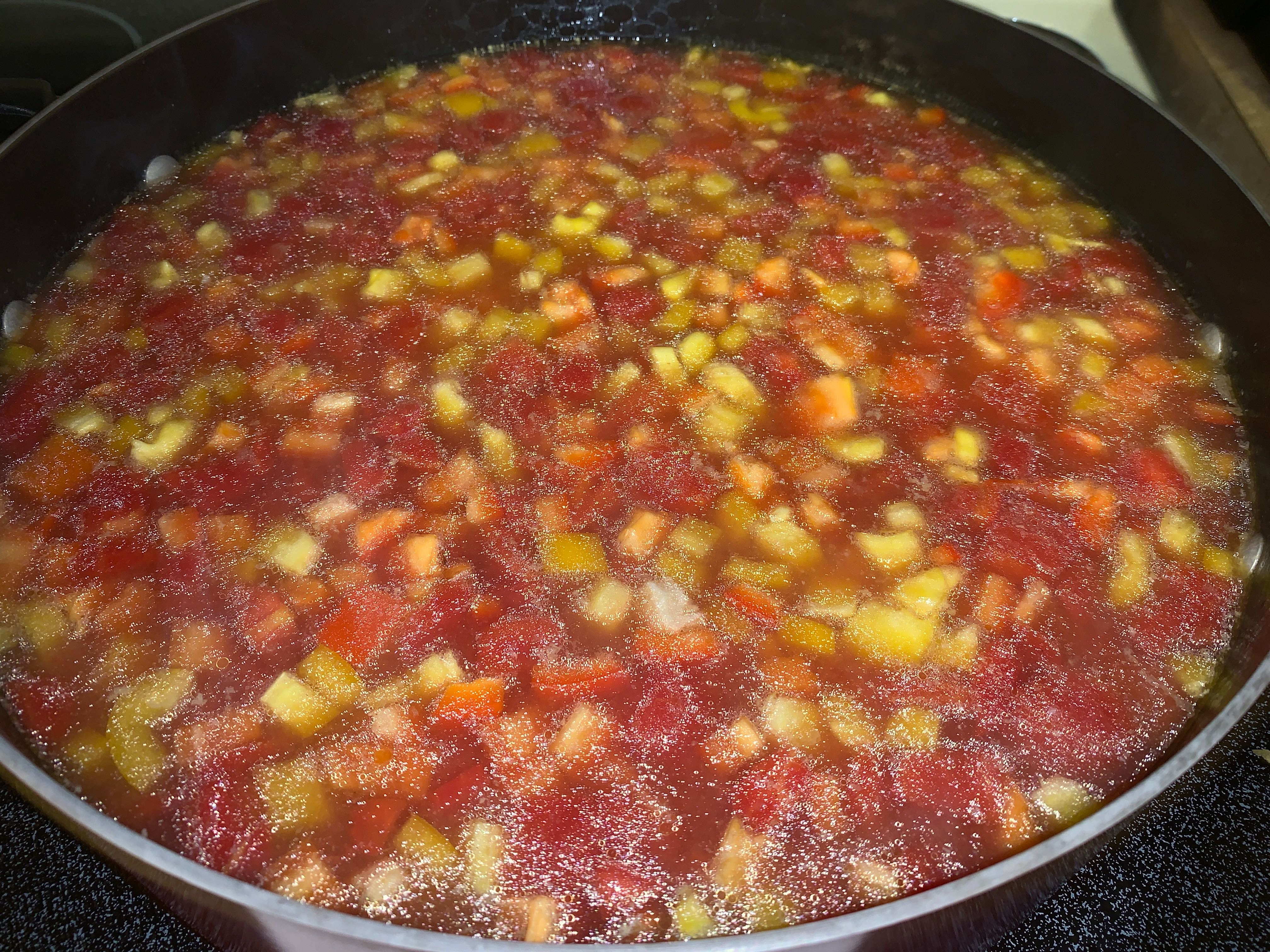 4. Stir in the rice (already microwaved), reduce to a simmer, cover and cook until rice and bell peppers are tender, about 15 minutes.

5. Return the chicken to the pan along with the cilantro, lime juice, and jalapeno, and cook just until heated through, about 1 minute. It's ready to serve, but like I said before, the longer you let it simmer on low, the more flavorful everything will become. 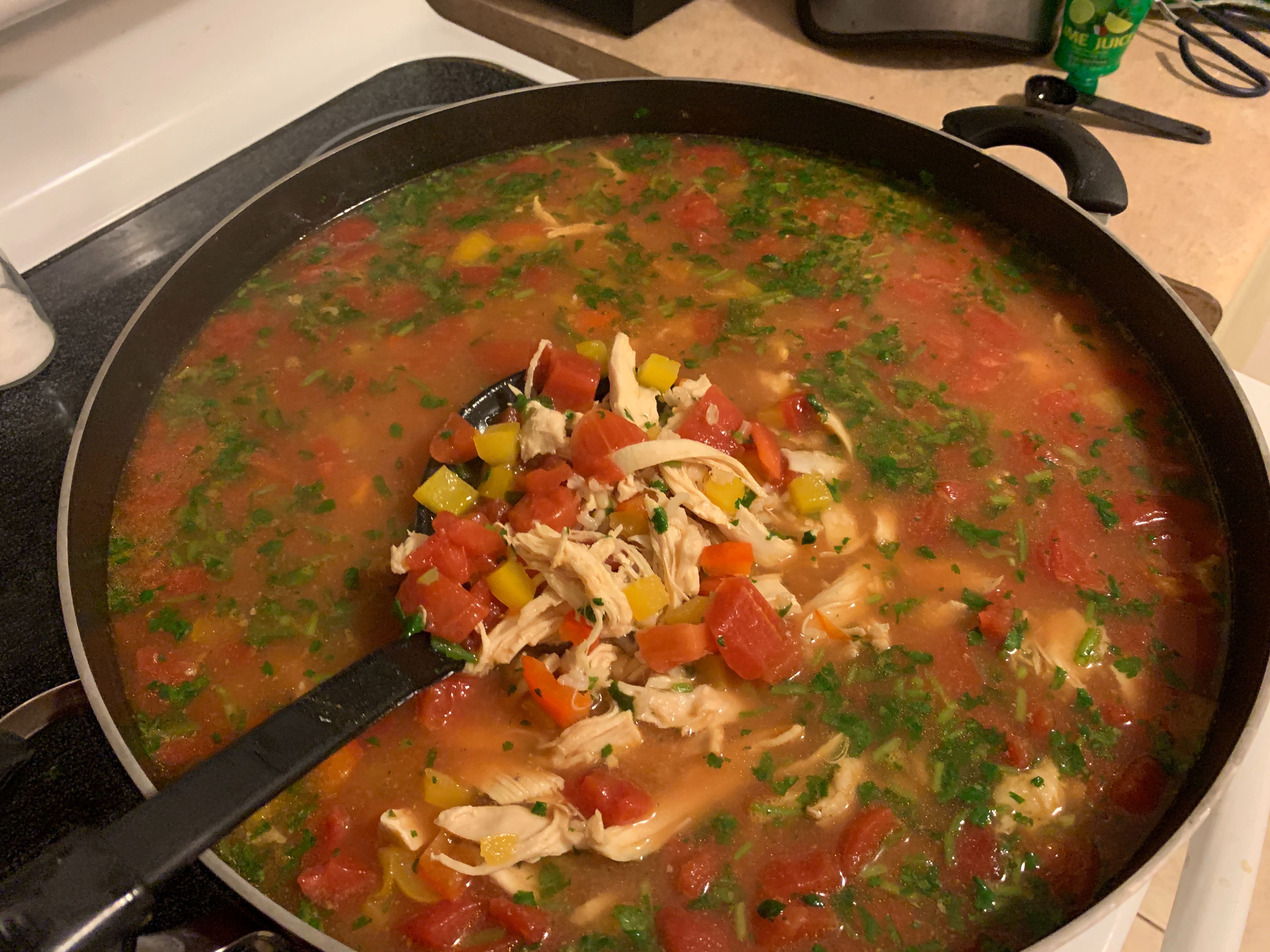 *All photos in this article were provided by Joy Moore.

So that's it! Enjoy! Warm and full of lots of fresh ingredients, The Soup is a healthy meal choice for someone under the weather, or even for a chilly day.

Be sure to let me know how you like it in the comments!