Fall into the autumn baking season with this simple classic dessert.

Combine some basic pantry ingredients with decadent cream cheese for your very own pumpkin cheesecake from scratch. For best results, use springform pans or muffin tins for individual mini cakes.

Preheat the oven to 325 degrees. Prepare your crust by crushing the graham crackers with a rolling pin and mixing in the melted butter and cinnamon. Toss well with a wooden spoon and gently press into a springform pan or paper cupcake liners.

To make your batter, whip the cream cheese with a hand mixer or a stand mixer until well combined. If you're doing this by hand, be sure to get all of the lumps. Beat in the eggs, one at a time, until incorporated with no streaks remaining. Add in the vanilla, cinnamon, nutmeg, and granulated sugar. Continue mixing until the batter is visibly smooth. Reserve 1/3 cup of the batter in a plastic sandwich bag to create a contrasting swirl.

Fold in the pumpkin purée and brown sugar, then pour into the prepared crust or cupcake liners. To create a swirled pattern, cut the tip off the plastic bag and pipe the reserved pumpkin-free batter onto the orange batter. Feather it in gently with a skewer or the point of a steak knife. As it bakes, the batter won't spread much, so be creative.

To minimize cracking in a large cheesecake, put a pan of hot water on the lower rack of the oven to create a humid environment. You may still get cracks (like I did) when you unmold it. Bake a 6-inch cheesecake for 40 minutes, or cupcake-sized treats for 30 minutes. If you go larger than 6 inches in diameter, increase the baking time to ensure that it cooks all the way through. You want it to be solid, with just a touch of jiggle in the center.

Cool for at least 3 hours in the refrigerator to achieve a firm set before slicing. 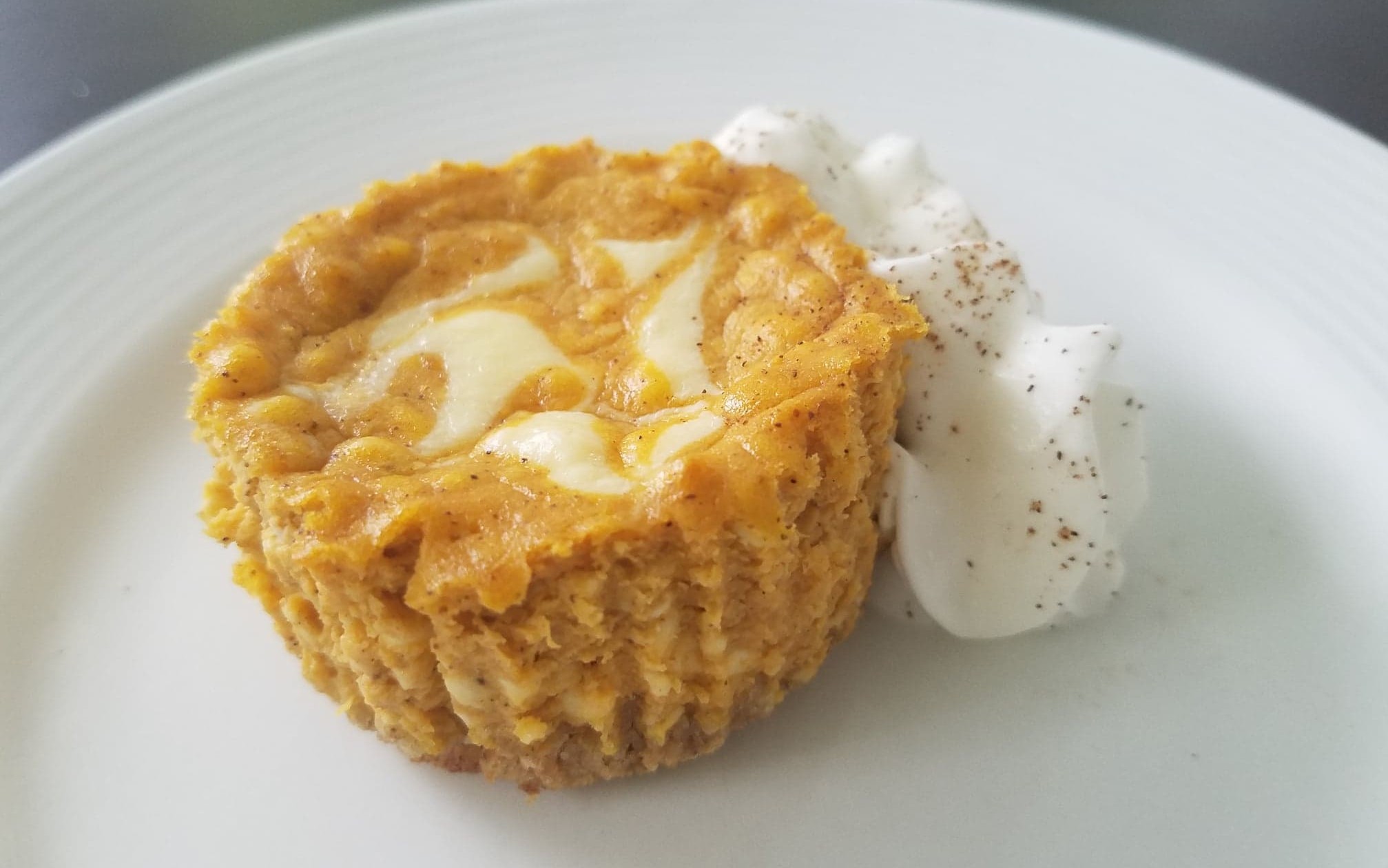 The next time you're feeling a pumpkin craving, give this simple cheesecake recipe a try. You'll love this delicious seasonal favorite!

**The photos in this article are by Sarina Petrocelly.

Do you have a favorite cheesecake recipe or pumpkin dessert? Tell us about it in the comments!

What Is Shakshuka and How Do You Make It?

CDC Still Recommends a 14-Day Quarantine, But Shorten Periods Are Now Options in Some Cases

Frontline Workers Can Get Free Starbucks Coffee Through December

US Capitol Christmas Tree to Be Lit on Wednesday!