Watergate Salad is best known for its pastel green color and its curious name. Is there really a link between it and the infamous D.C. scandal?

Believe it or not, there is no confirmed connection between the D.C. landmark and its namesake salad. One is a the site of an early '70s political scandal; the other is a fluffy dessert featuring instant pudding and mini marshmallows.

The Denver Post published a recipe for Watergate Salad in 1976, a full four years after men were caught breaking into the Washington, D.C., office complex. According to an NPR piece on its origin, it may have a pineapple and cream predecessor that dates as far back as 1913.

There may be more of a link to the political scandal and Watergate Cake, another recipe that features pistachio pudding mix in its layers and frosting. According to NPR, when Nixon resigned in 1974 after his impeachment, this bright green cake had its debut in the Hagerstown Daily Mail just a month later. This tongue-in-cheek name came from the nuts in the recipe and the way the frosting "covers up" the cake. Who knew home cooks in the '70s were so catty?

In the end, it seems that attaching "Watergate" to a dessert's name made it a bit more interesting and likely to be remembered. That was certainly the case for Watergate Salad, a crowd favorite on potluck tables all around the country. 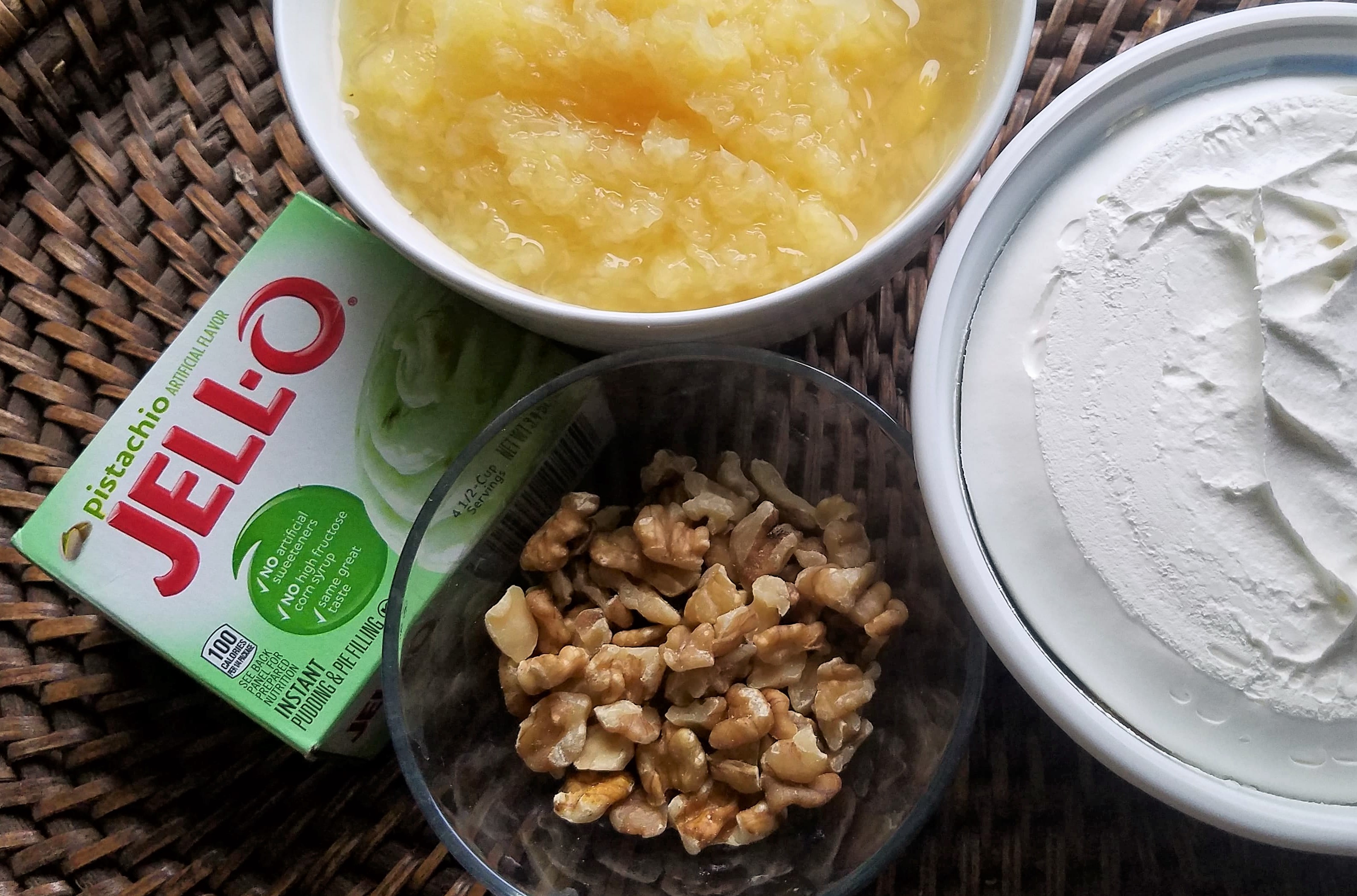 If you want to try to make your own, here's the basic recipe:

In a large bowl, mix the ingredients together and then chill for at least an hour before serving. Garnish with a maraschino cherry if you have some.

On a personal, note, I love Watergate Salad, ambrosia, or anything that combines fruit, cream, and marshmallows. It's all a bit much if you follow the recipe, though. I think I'd lighten up my next batch with a mixture of unsweetened whipped cream and a little sour cream for body.

**All of the photos in this article are by Sarina Petrocelly.

What are your thoughts on Watergate Salad? Do you love it or hate it? Sound off in the comments!