Between A&W, Barq’s, IBC, Mug, and Hires, there’s a wide array of root beer brands to consider when creating the perfect root beer float. Root beer gets its name from its original ingredient of sassafras roots, which were boiled to achieve that distinctive taste. Sassafras root is longer used due to the carcinogenic effects of safrole oil (thank you, modern science). Other ingredients have included molasses, mint, nutmeg, sweet birch, licorice, and artificial sassafras flavoring.

The word “beer” apparently made it sound more manly than “tea,” which is what the creator originally wanted to go with. So, basically, it’s no longer a root and not really beer either (though there are alcoholic versions available). Who cares? We love it, and we’ve picked out three places to sip (or chug) a frosty root beer float. Root Beer Float Day is officially Thursday, August 6, but why not make every day Root Beer Float Day?

Root beer and homemade ice cream … what could be better? Locally owned, Gelati Celesti has several locations in the Richmond area and beyond to get your float fix. Locations include Scott’s Addition, Bon Air, Grove Avenue, Short Pump, Swift Creek and Virginia Beach. 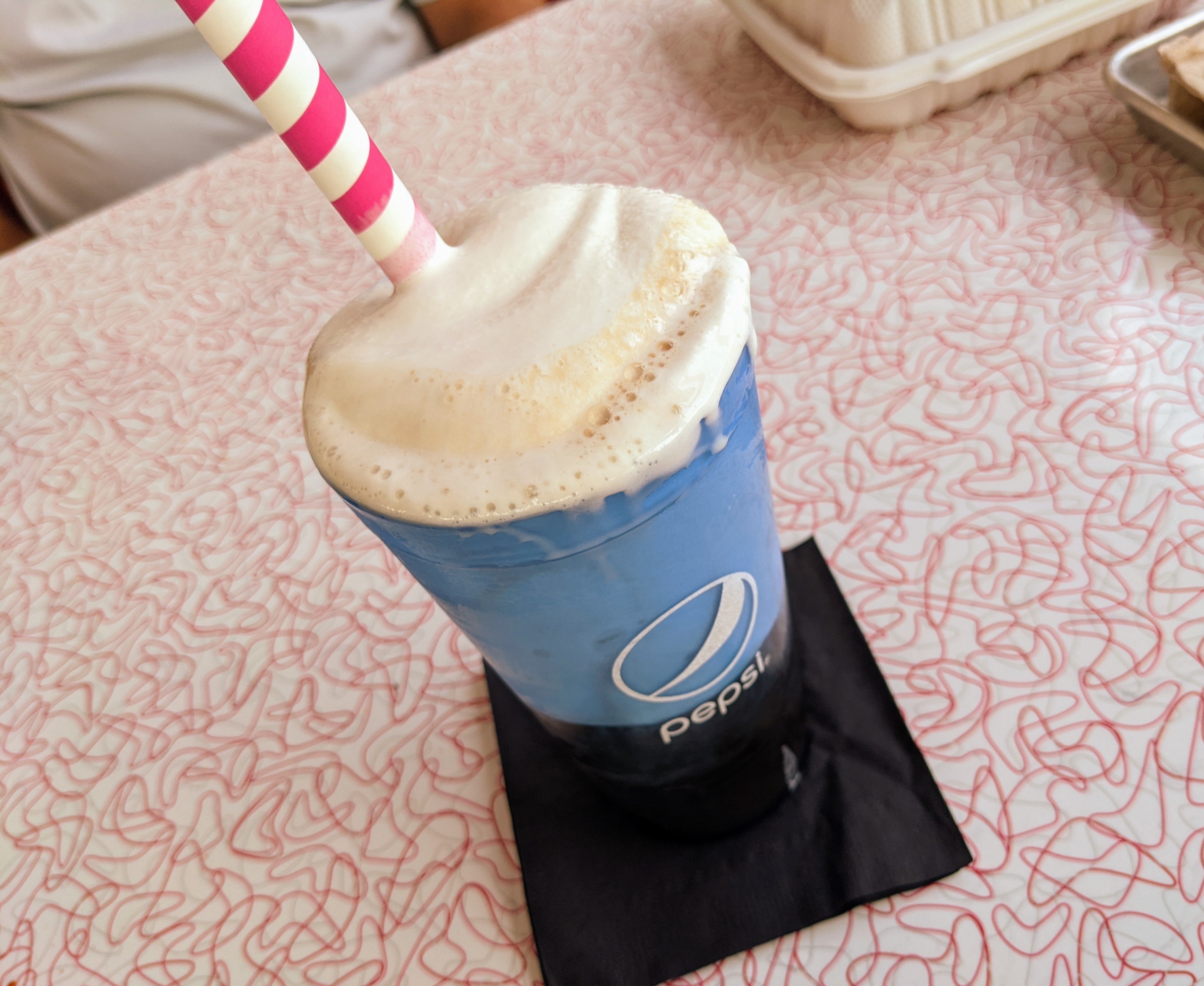 With its Vegas-style sign and '50s diner feel, Boulevard Burger & Brew just looks like the perfect place to get a root beer float. And it is. They also have a wide variety of unique burgers and craft beer (this is Scott’s Addition, after all). There are boozy shakes on the menu, so you may be able to talk them into adding a shot of something to your float. Kahlua or toasted caramel whisky, anyone?

This week on “Famous Hot Dog Joint 🌭” we are heading to Richmond Virginia’s very own Joey’s Hot Dogs. I was a customer here over 10 years ago. Joey’s Hot Dogs is located in a gas station with counter seating which I found to be incredibly unique. The Hot Dogs were excellent back in the day and I’m sure they still are today! GREAT Chili!! https://www.joeyshotdogs.com/ourstory.php #supportlocal #supportlocalbusiness #smallbusinessowner #buckscountypa #famoushotdogjoint #hotdogs🌭 #gothotdogs #phillyfoodie #phillycatering #caterer #calltoday

Joey’s Hot Dogs, located at the corner of W. Broad Street and Cox Road, does a traditional float with IBC root beer and cream soda. Pair it with a hot dog and fries for an all-American treat on a hot day.

Welcome back the Reverse Root Beer float. A scoop of our root beer ice cream in a glass of cream soda. It’s our favorite limited float. Come and get it while it lasts.

A bonus is always welcome when it comes to sweet treats. Charm School comes in fourth place with its limited-edition version: root beer-flavored ice cream in cream soda. They even have vegan whipped cream, toasted fluff, and fancy sprinkles. Cones are made fresh from scratch every day. If you don’t feel like a float, have a cone of something from their delicious ice cream selection.

Did we mention your favorite spot for a root beer float? Did we miss one? Let us know in the comments.