Bone-appétit! You won’t need a doggie bag here, because Alexandria’s newest bar is going to the dogs.

From the people that brought you the Old Town Beer, Wine, and Dog Festival in 2019, comes a new dog park restaurant that has everyone’s tail wagging.

Brewski Barkhaus plans to open this fall as the area’s first dog bar. The bar will feature both an off-leash indoor and outdoor park, as well as a full menu and beer and wine for the humans. Therefore, customers can eat and mingle while their pups wag and play.

“These animals are a great way to break the ice and help bring the community together,” states a Barkhaus press release.

At Barkhaus, customers will be able to eat at the on-leash, indoor areas while only drinks will be permitted in the off-leash sections. These areas will be enclosed by fences and have two entries, so that doggies can have fun without their owners worrying about any escape plans. All dogs must also be registered members of Barkhaus and owners must provide proof of vaccination before bringing their pup to the park.

The restaurant is set to roll out a menu collaboration with The Laughing Pig, a catering company that is known for providing high quality meals for weddings, events, and celebrities. Jacob Scott and Porter Koury of the Laughing Pig developed a menu specifically for Brewski Barkhaus that will be paired with local craft beer and wine.

The beer and wine are not the only things local about Barkhaus. The concept for the bar developed out of a friendship and partnership that blossomed right in Virginia.

Barkhaus co-owners, Alex Benbassat and Justin LeGore were once roommates at Virginia Tech where they completed their undergraduate studies. After graduating, they both moved to Charlotte and ended up rooming together again. While in Charlotte, Benbassat and LeGore took Benbassat’s dog to a local dog bar every day. They described it as a “dog park that serves alcohol” and decided that the same concept was needed in the D.C. area.

“The dog bar is an idea that has a large demand, but a low supply, especially in the D.C. metropolitan area,” said Benbassat. 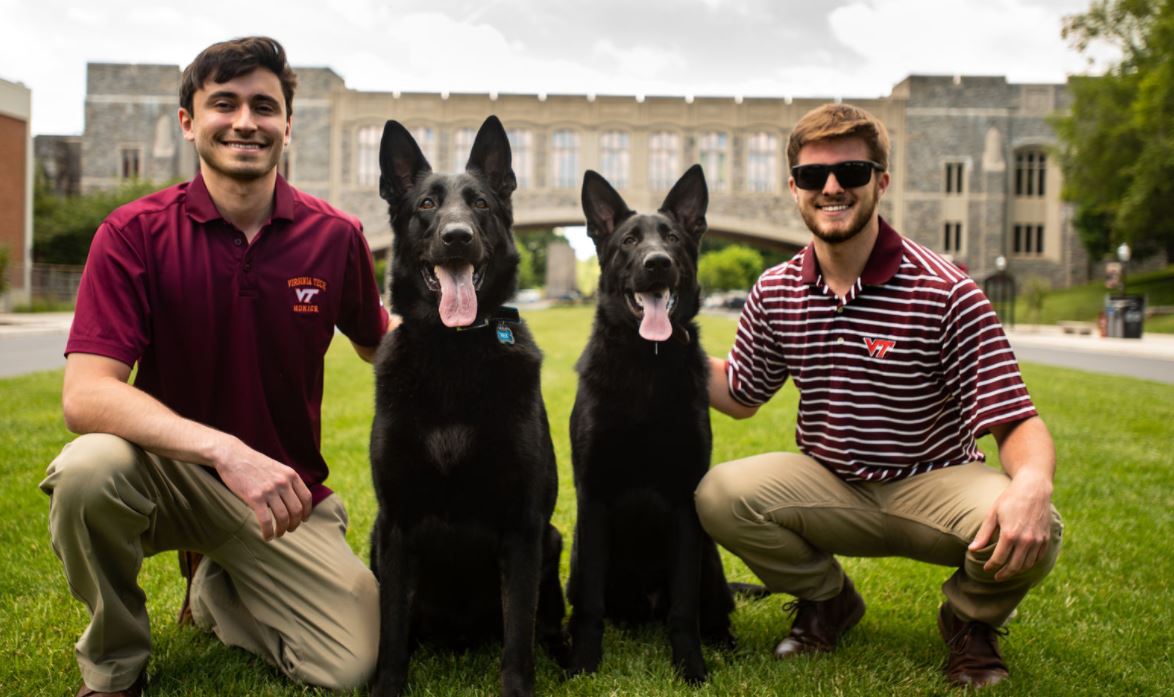 Benbassat moved to Alexandria to finish his architecture degree and started writing a thesis centered around a dog bar, park, and shelter. LeGore moved to Washington state and worked for a start-up. However, the start-up life and being away from his family was starting to take a toll on LeGore and he decided to work on a business plan for a dog park and bar in the D.C. area.

LeGore called Benbassat to tell him he was planning to move back to the area, and they learned they were working on very similar concepts. The two decided to become business partners and worked with the Alexandria Small Business Development Center to bring their dreams to reality.

Barkhaus hosted the Old Town Beer, Wine, and Dog Festival in August 2019, which put the company on the map. The festival featured live music, food trucks, local beer and wine, food trucks, adoptable dogs, and an off-leash dog park—all the things Benbassat and LeGore imagined their concept to be.

The success of the festival pushed the partners to embark on their dreams. Brewski Barkhaus is currently under construction and will set up shop at 529 East Howell Avenue, the former home of Flat Top Burger. Benbassat and LeGore plan to open the bar’s doors in late September or early October and are selling doggie goodies and collecting donations on their website.

Leave a comment and let us know if you plan on taking your pup to Barkhaus! Bone-appétit!