Nacho toppings and fries are a winning combination.

We've written about the Piper Inn before. This north-Denver biker bar has developed a reputation for being an interesting intersection of several different dining cultures. While the venue has all the distinct trappings of a biker bar, its location and unique menu have drawn patrons from all walks of life. Despite dealing with the challenges prevented by COVID-19 related closures, the Piper Inn got a massive shot of encouragement when its fries were featured in a New York Times article about regional foods last month.

Piper Inn's Carne Asada fries were singled out as a signature (and tasty) dish for a restaurant that already has quite a few. We've ordered these fries before and can vouch for them: one bite and you'll know why they're celebrated for being delicious on a national level.

If you've never had Carne Asada fries before, you're missing out. They're an imaginative take on nachos that manages to be greater than the sum of all its parts. This dish takes some crinkle-cut fries, smothers them in a Salsa Verde chili, before topping them with a beer cheese sauce, grilled steak, chopped onion, and cilantro. The greasiness of these different ingredients comes together to make for incredible bar food. 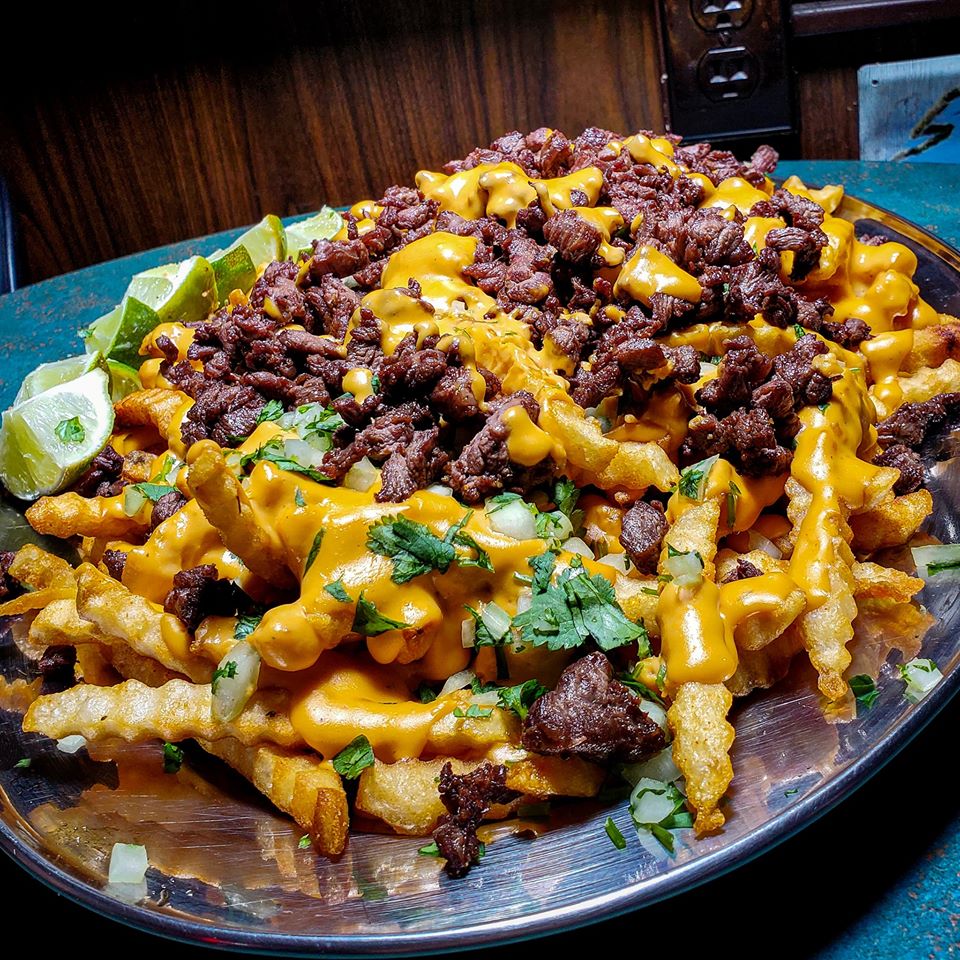 Seriously. Look at them. Courtesy of the Piper Inn.

These fries aren't the only noteworthy item on Piper Inn's menu, however. As noted above, there's a storied history behind many of the dishes, often owing to the different chefs that have left their mark on the establishment's kitchen. When the establishment first opened in the late 1960s, their chef was a transplant from Buffalo who made the bar a destination for authentic chicken wings. In 1984, a husband-wife duo of immigrants from Guangzhou, China, took over the kitchen and added an Asian flair to the menu. Although Kenny and Marica Mah—the duo in question—have retired, their influence can still be seen in the Chinese hot wings, pork fried rice, and fried beef wontons that sit alongside more conventional bar classics on the menu.

These delicious fries can be your next meal if you order from the Piper Inn. They're currently offering both in-person dining and online ordering through their website.

Have you ever been to the Piper Inn? Do you know any local eateries that also have awesome signature dishes? Let us know in the comments!