These five lesser-known Denver area breweries are serving up tasty local beer and a good time.

Colorado is all about the craft brews and there are local breweries of all kinds popping up everywhere we look. With so many choices it can be an overwhelming task to find one or two that hit the nail on the head for what we are looking for in a brew.

To help out in the overwhelming task, we decided to take a look at a few of the lesser-known breweries in the Denver area that are getting it right. Here are five we checked out that may or may not be known to the masses.

The following breweries are in no particular order.

Strange Craft was one of the first breweries in Denver to embrace the concept of a bar in an industrial area and was the first beer-only taproom in the city. This is a commonly seen thing around Colorado these days, but Strange Craft did it first. They underwent a huge renovation in 2017 and added Wit’s End Brewery to their space, offering even more locally brewed beer. A steady stream of food trucks provides grub to go along with the beers, keeping it interesting and delicious. With offerings like the Cherry Kriek, Watermelon Hefe, Farmhouse, and plenty of IPA’s, the beer menu offers a lot to choose from and is reliably delicious with a newly designed Biergarten to enjoy the summer air and a beer with friends.

Burns Family Artisan Ales was started a couple of years ago by local brewers and offers high gravity ales. The beers here boast high alcohol-by-volume (ABV) percentages; the Bumblebee Feet at 16.2 percent ABV and the Carouse barrel-aged barleywine at 16.7 percent ABV. They do offer some with a bit lower ABV, and the brew list is updated regularly. A little off the beaten path, this taproom is in Wit’s End’s old location, and the owners have worked hard to make it their own unique space. With 12 taps, half of them with high ABV percentages and the other half with more traditional ABV, this cozy place is all about the beer and building community while celebrating the history, style, and skill of the brewing process. Game night on Saturdays adds a bit of excitement and gives the place a very comfortable feel of community.

New Image Brewing specializes in citrusy juicy IPA’s and unique sours, along with craft cocktails and tapas. Located in Old Towne Arvada, the staff is known to be super friendly, the beer selection has something for everyone, and the patio is a great place to spend a summer afternoon. They have some higher ABV offerings; the triple IPA boasts a 10.5 percent ABV, as well as some unique takes on brews, like the Milkshake IPA. New Image also wants to make a bigger impact and works hard to spread mindfulness and bigger ideas and has a focus on mental health awareness. They partner with local nonprofits, like the Jefferson Center Mental Health, Project Helping, and the Colorado Psychological Association, to give back and spread awareness. 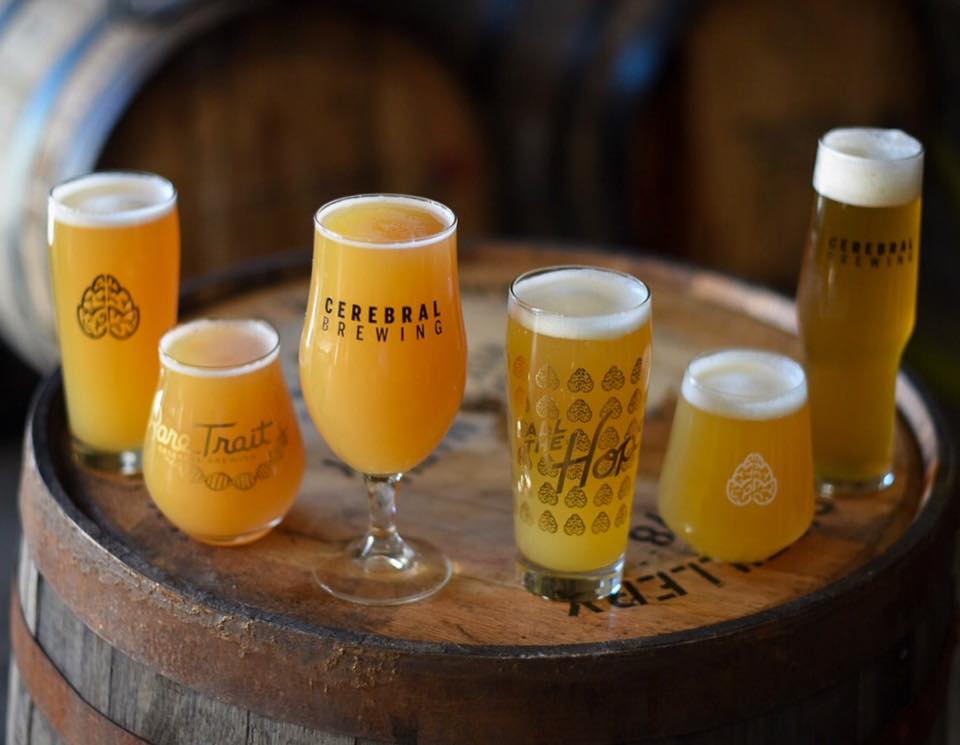 Cerebral Brewing is a science-inspired brewery and taproom in Congress Park with a goal of combining science and art to create a broad range of beers that go down easy. Some of the brews are served in a glass beaker, the space is airy and features a wall covered in pages from old textbooks. The beers are a blend of traditional lagers and experimental brews. Beers have clever science-themed names; Unexpected Mutation, Action Potential, and Rare Trait, just to name a few. With a pet-friendly patio and a regular partnership with local food trucks, Cerebral offers a great atmosphere along with its scientific brews.

Station 26 is a brewery located in an old 1960’s firehouse in the Park Hill neighborhood. They make tasty beer, have a food truck scheduled every day, allows dogs on the patio and well-behaved kiddos, and is a great stop for an afternoon of beer and snacks. The firehouse doors still open make this neighborhood spot one of our favorites. The Juicy Banger IPA is well known around Denver, and their Great American Beer Fest medal-winning Colorado Cream Ale is brewed with Colorado-grown barley and hops, making this one a truly local brew.

These local spots are just a few of the many innovative and quality craft breweries Colorado has to offer. Have you been to any of these spots? Or do you have another local brewery you want to add to our list? Sound off in the comments below.