We got a chance to check out one of Fat Shack's newest locations in Aurora, and man ... we're stuffed!

Fat Shack, the New Jersey-based late-night restaurant, is a fast-casual chain known for its monstrous sandwiches filled with everything from mozzarella sticks, chicken fingers, and french fries. If you have late-night munchies and are looking to dig into something gluttonous and deep-fried, check out Fat Shack and their multiple locations scattered throughout Colorado. They’re more than just a sandwich shop, serving up burgers, wings, appetizers, and a personal favorite, deep-fried Oreos.

The Our Community Now team got the chance to explore one of Fat Shack's newest locations in Aurora, located off Chambers Road and owned and operated by Eddie Gabrielsen. Gabrielsen made his way through the ranks of Fat Shack by starting off initially as a driver and server at the well-known location near the University of Denver. After serving hundreds of late-night college kids, Gabrielsen found himself with an opportunity to open a new location in Aurora, Colorado. 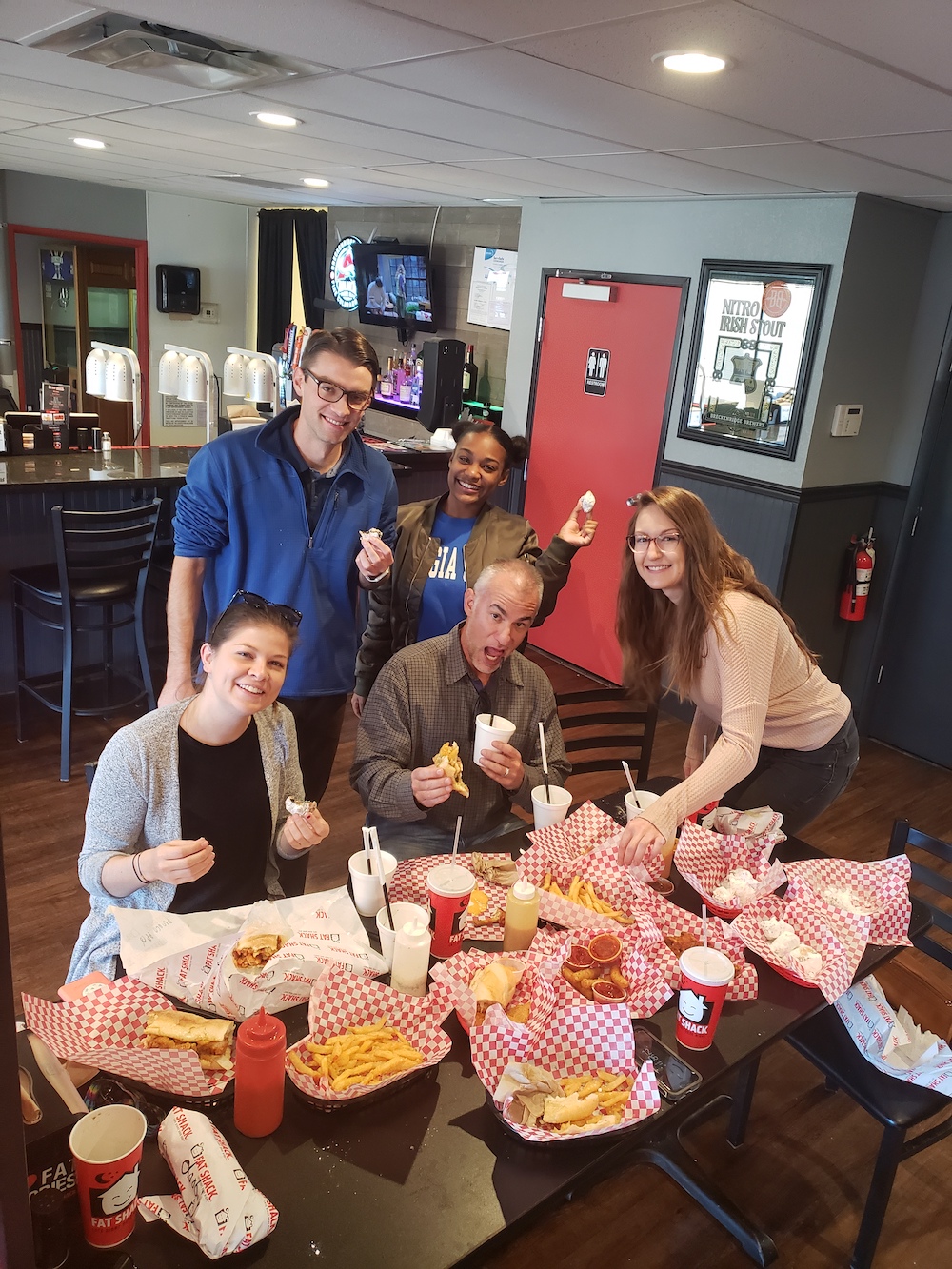 Photo by Our Community Now

This newly renovated location is the first Fat Shack with a full bar, which is serving up some very interesting drinks with names, like "Bong Water", "Loopy", "Green Goblin", and "Cinnamon Toast Crunch".

Although the OCN team didn’t try the adult beverages this time around, we all could agree that the milkshakes were out of this world. Some appetizers we got our hands on were the mac 'n’ cheese bites, fried chicken wings, and mozzarella sticks with marinara. On top of all the apps, we all also got our own Fat Sandwich, and just beware that a small feels like a large sandwich, regardless of which type of sandwich you try.

A crowd favorite was the Fat HangoverTM, a breakfast sandwich loaded with fried eggs, cheese, sausage, bacon, fries, onion rings, and ketchup. Other sandwiches we recommend you try are the Fat ShackTM, named after the restaurant itself and loaded with almost every item on the menu, and Fat BroncoTM, a less loaded take on the monstrous sandwiches. However, it's still filled with chicken fingers, mozzarella sticks, and french fries topped with marinara. 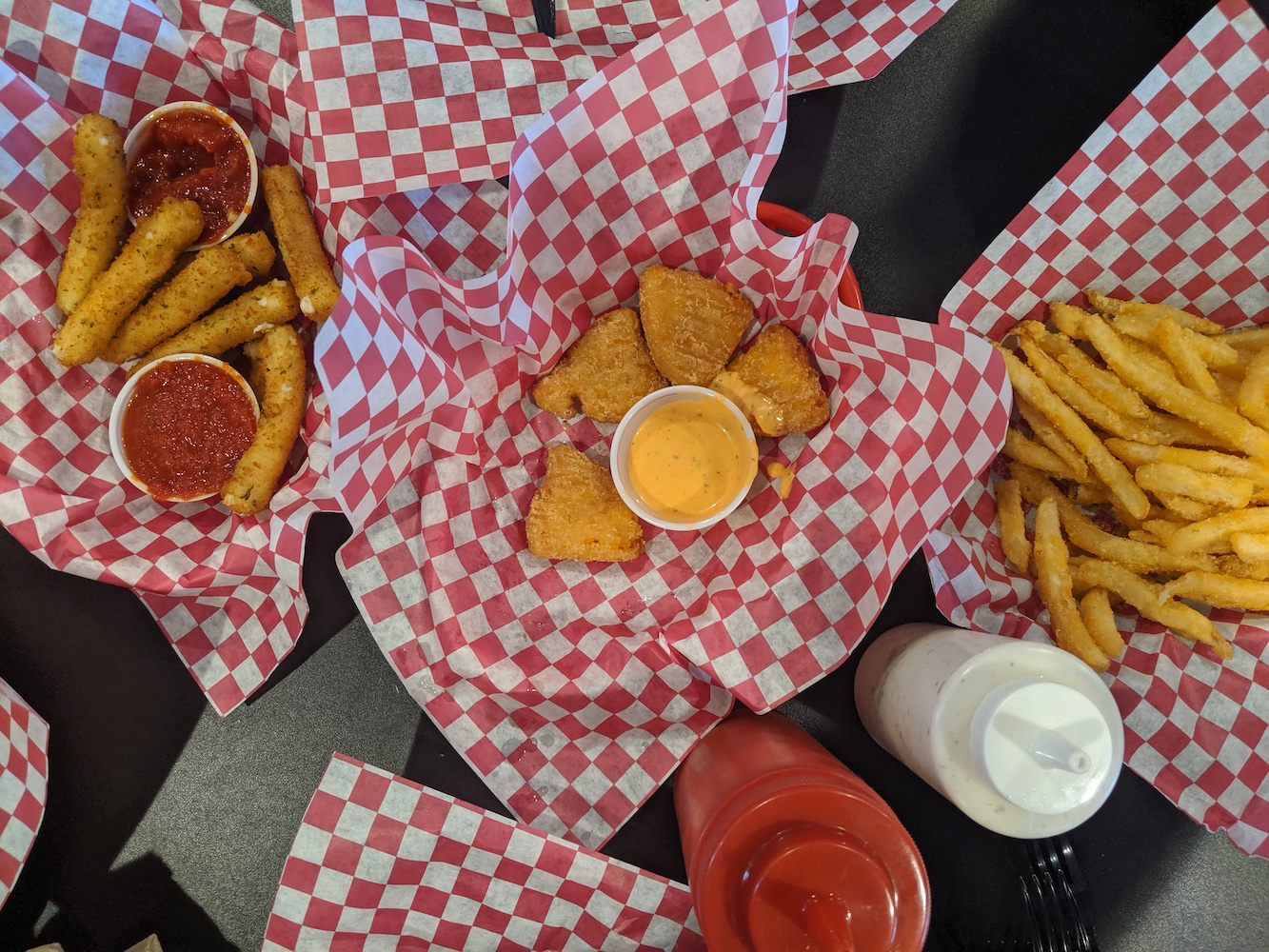 Regardless of what you decide on, you'll surely be happy you ordered it! This food can curb any hangover before it starts, or can help you recover if it’s 4 a.m. and you had a few drinks too many. Just don’t forget to throw on one of their deep-fried decadent desserts ranging from Oreos, Twinkies, cookies, and cheesecake bites!

Ballin’ on a budget? We get it, and so does Fat Shack, which is why they put together a list of mouth-watering specials for anyone to get behind. Fat Shack offers daily lunch specials on their burgers and wings starting at $6.99, as well as an extra special Sunday wing deal—half-priced buffalo wings every Sunday, from 11 a.m. to close.

Fat Shack is best known for serving up the college communities with late-night munchies and to-go orders. Almost half of their business comes from online orders from places like Doordash and Grubhub. Find a location near you today, or tonight!

Have you been to one of the Fat Shack locations in Colorado? If so, what's your go-to sandwich? Sound off with your thoughts in the comments below.