Guy Fieri Will Feature This Richmond Restaurant on Diners, Drive-Ins, and Dives

Guy Fieri Will Feature This Richmond Restaurant on Diners, Drive-Ins, and Dives

Tune into Diners, Drive-Ins, and Dives on November 22 to catch Fieri tasting the delicious flavors of Richmond restaurant, Perly’s.

Guy Fieri is driving around, looking for America’s greatest diners, drive-ins, and dives—and this time, his red Camaro is rolling right on into Richmond, Virginia.

After catching a glimpse of Guy’s spikey hair and red Camaro, many Richmond residents started speculating about what the Food Network Star was doing at these restaurants. Well, now it looks like the cat is out of the bag. 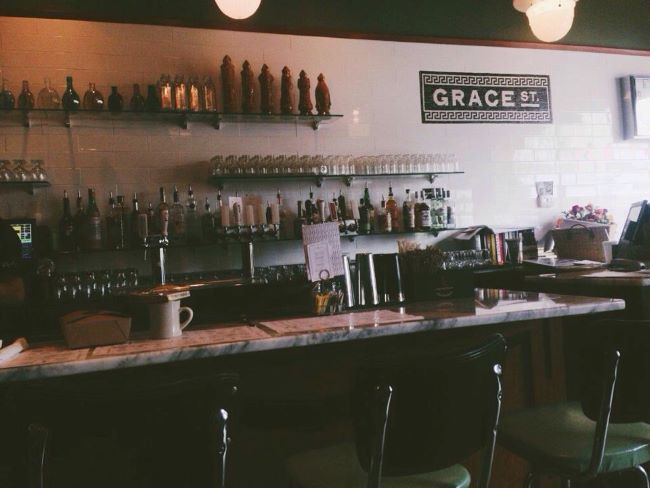 This description perfectly portrays Perly’s, a restaurant and delicatessen that specializes in “Jewish cuisine with a modern spin.” Located in downtown Richmond, Perly’s has been described by many publications as one of the best breakfast spots in the country, so there’s absolutely no doubt as to why Fieri chose it as one of his favorite diners, drive-ins, and dives.

As of right now, it’s unclear if Fieri will showcase any of the other restaurants he visited while on his food’cation, but you can definitely catch Perly’s representing the flavors of Richmond on November 22 at 9 p.m. EST on Food Network.

Let us know if you’ll be tuning in, and stop by Perly’s for the real dining experience!