KFC Unveiled a Chicken and Donut Sandwich JUST for Virginians, and We Don't Know What to Think

KFC Unveiled a Chicken and Donut Sandwich JUST for Virginians, and We Don't Know What to Think

Is KFC the next unsung hero of the fast-food industry? Their chicken and donut sandwich might just put them over the edge.

KFC has been releasing new menu items, first with the Beyond Chicken (their meatless chicken option) and now with their own version of the decadent chicken sandwich: a donut chicken sandwich. (Whaaaaaat?)

Here's the catch: The sandwich is only available at 40 KFC locations across southern Virginia and Pittsburgh, Pennsylvania, for a limited time. We expect them to sell out quickly so get one while they are still up for grabs.

I guess it's safe to say that KFC has officially joined the chicken sandwich war. 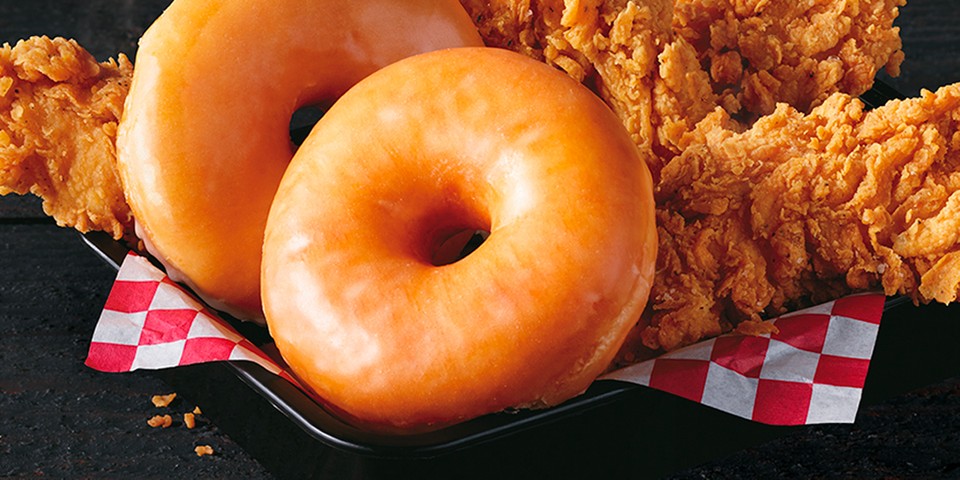 The chicken and donuts are being sold in two variations:

The chicken sandwich is being sold separately at $6 for the sandwich and $8 for a combo. The sandwich comes as a crispy chicken filet gently placed between two warm-glazed donuts. (*drools intensely*)

If you are feeling adventurous, you can even add on an extra donut for $1 to either the combo or basket. The donuts will come pre-cooked to the store and then fried in the fryer and glazed upon order so they will be hot and fresh.

Meanwhile, KFC tries to sell us our own death. pic.twitter.com/2lk5RkcqSh

The company chose to begin selling donuts when they wanted to conduct an experiment to determine if people were craving the mouth-watering combo on a "national scale." I mean, we do love our chicken and waffles option, so this is essentially the same idea, only sweeter.

The announcement has taken storm on Twitter, and people are having mixed reactions from positive to questionable. We, however, are tempted to at least give it a try and see how the combination works.

According to a report by 13 News, you can find the chicken and donuts meal at the following locations:

Now for the million-dollar question: how will it taste? Check back later on our social media pages for the results.

Have you tried the sandwich? Do you think KFC is crazy or genius? Will you be trying one? Tell us in the comments!