Only about 150 in-store locations are slated to remain.

McDonald’s has announced it will begin closing locations in Walmart stores across the country, leaving less than 150 restaurants remaining in the big box chain's footprint. The smaller-scale restaurants do not have drive-thru service and are primarily used by walk-up customers. During the pandemic many restaurants were forced to close dining rooms and rely on drive-thru and delivery service, putting the Walmart locations at a disadvantage. The move by the burger chain was first reported by the Wall Street Journal.

Last summer during an earnings call, McDonald’s revealed it would be accelerating the closing of 200 lower-performing Walmart locations due to the pandemic. At one time, the fast-food giant had more than 850 restaurants inside Walmart and is expected to only keep about 150 stores. Many of the dining rooms at McDonald’s restaurants are still closed and menu offerings have been reduced. 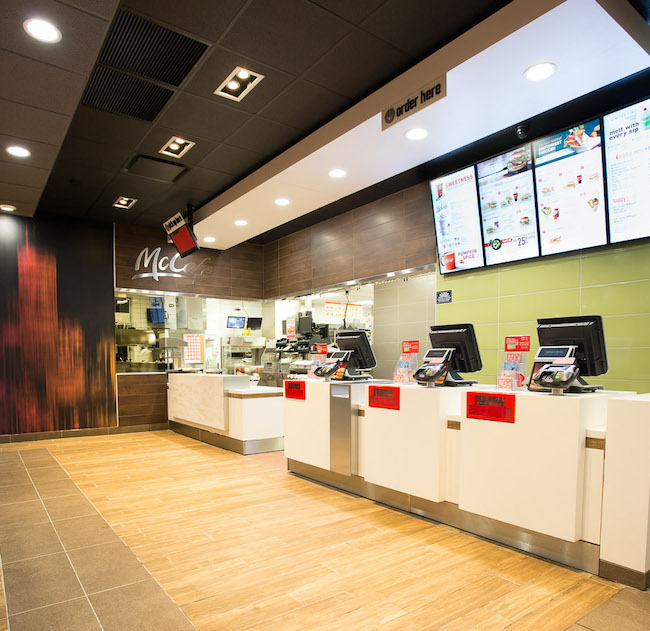 The fast-food industry has moved quickly and dramatically to adjust to a carryout and delivery audience. Many restaurants have added extra drive-thru lanes, curbside parking spots, and dedicated lanes for delivery drivers. The pandemic has even influenced restaurants like Shake Shack and Sweetgreen that only had walk-in services to build drive-thru lanes.

Walmart stores have also lost foot traffic as customers began using the store’s new curbside and delivery services. In an effort to compete with Amazon, Walmart added free one and two-day service for online orders with an annual membership and free grocery delivery with a minimum purchase of $35.

Walmart will be replacing the stores with other restaurants and retail partners, depending on location. The Wall Street Journal reported the company is in talks with Taco Bell and Domino’s Pizza. Walmart has also begun opening health care clinics in-store where patients can see a provider, get labs, x-rays, and other health screenings.

When was the last time you stepped into a Walmart? Are you going to miss the walk-up McDonald's? Let us know in the comments.