Nestled in-between the Brickhouse Tavern and a white historic home on Scotland Street sits Culture Cafe – a whimsical and (from what I’ve gathered) completely unintended haven for writers and curious out-of-towners.

From the outside, Culture looks like an ordinary cafe. One small step across the entryway threshold, however, welcomes customers with a peculiar setup of mismatched chairs, vintage light fixtures, and a plethora of rabbit-themed decor. I felt like I’d jumped in after Alice and was on my way to have tea with the Mad Hatter. 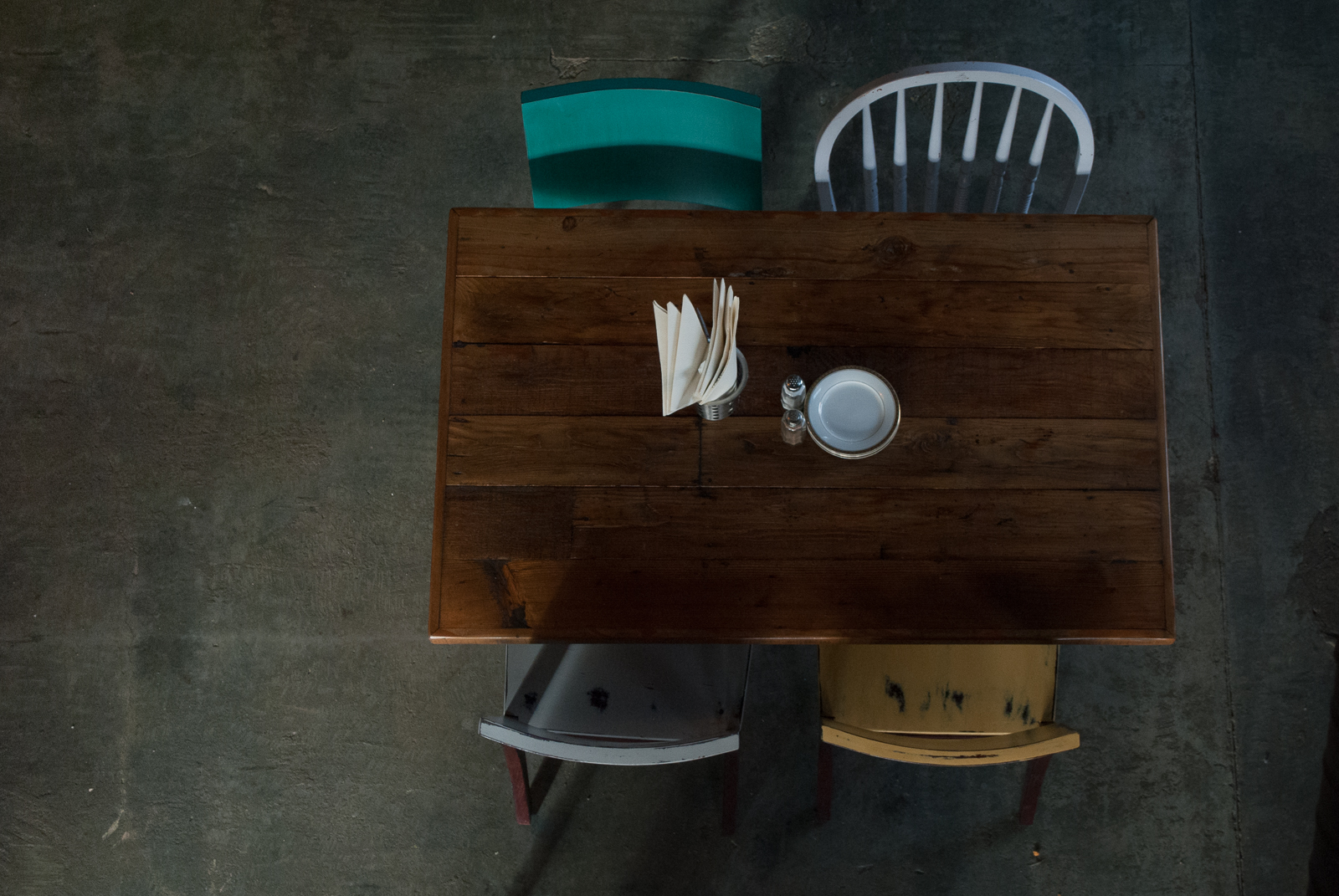 On the left-hand side of the cafe, there’s a wall covered with old doors. Lines of poetry are painted above the bar where a strange ceramic rabbit skeleton is seen grinning at customers as they walk by, and there’s a column in the middle of the room that’s plastered with the pages of rare and unusual books. 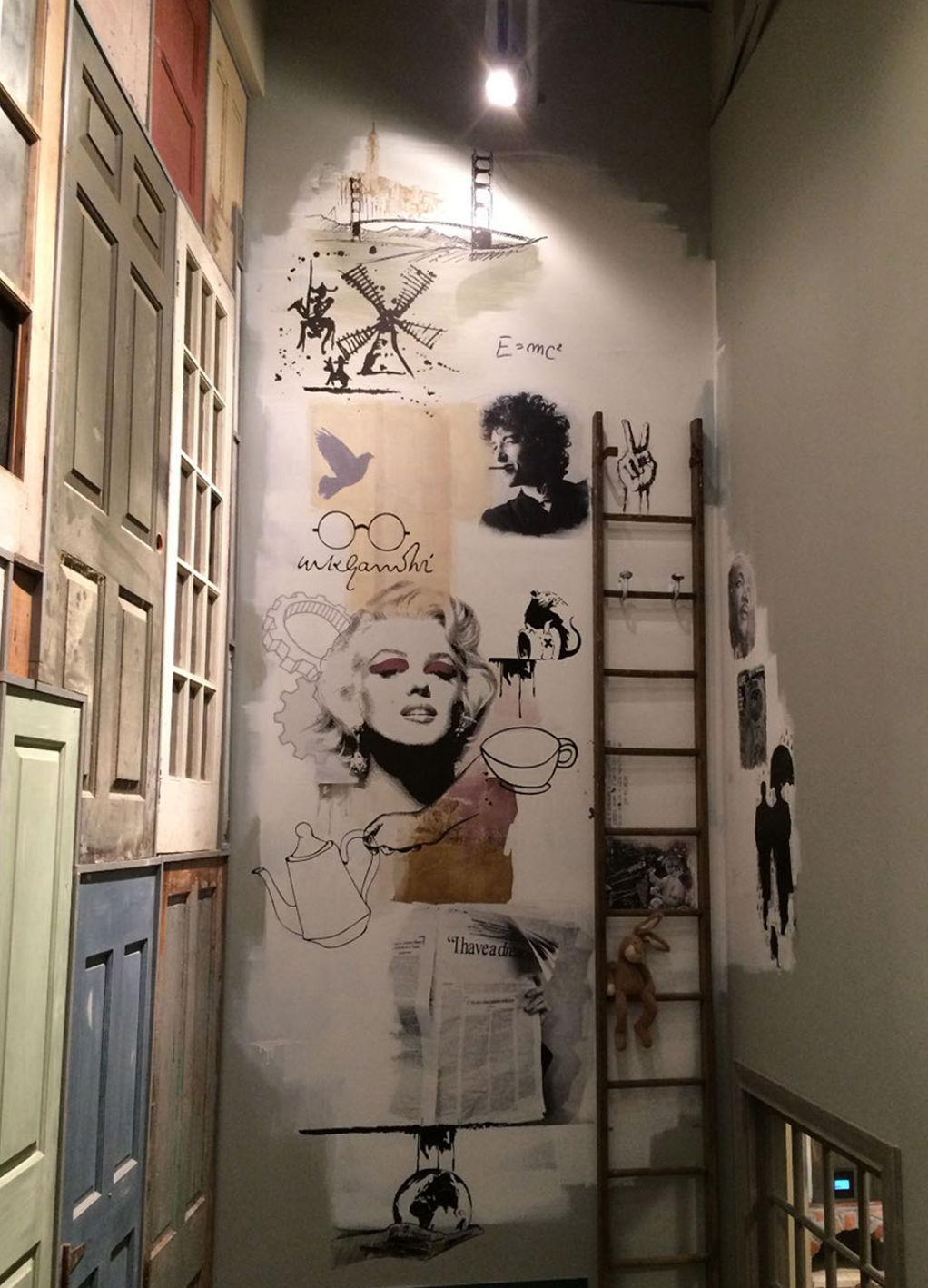 “We really wanted to build the restaurant without spending a fortune,” co-owner Louise Wood said. “So, we began collecting things from thrift stores and consignment shops. We’re always adding to it; we want it to be funky and different.”

And as for the rabbits?

“Rabbits nibble all day, so that’s why we chose to go with the rabbit theme,” she said.

Culture’s menu is just as unique as its atmosphere. Small plates such as Creamy Potato Soup and Goat Cheese and Apricot Dip followed by a variety of meatless meals (including the famous Impossible Burger) and a selection of hearty bowls make up the bulk of the menu. The cafe also offers an all-day breakfast, which includes one of my favorite dishes, Chicken and Waffles. 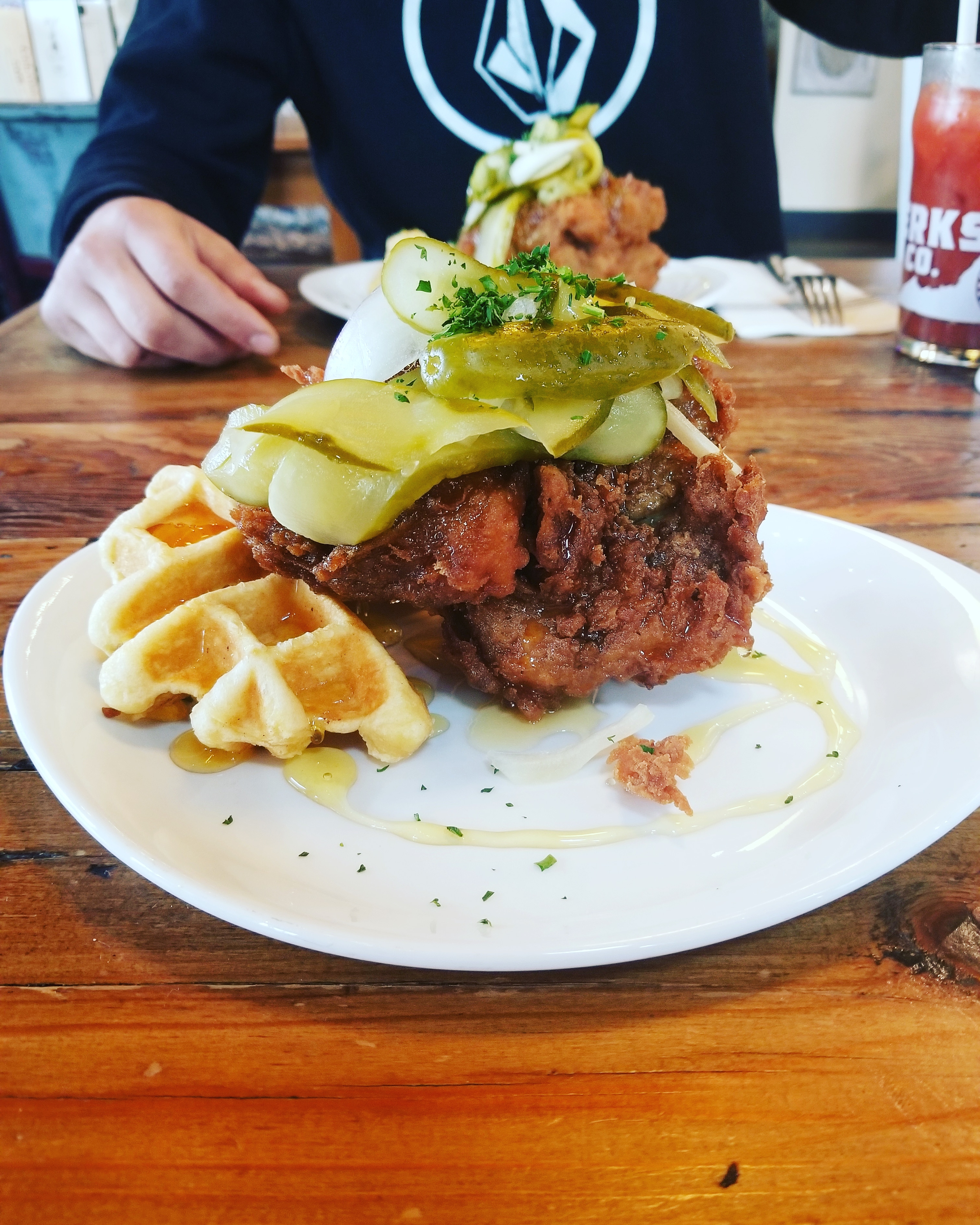 “We Sous Vide our meat. That gives it that really tender and juicy taste,” Wood said. “That’s how we cook the majority of our meat.”

Like most cafes, Culture also offers a special coffee menu, but the choices are far from ordinary. I adventurously chose the Blackberry Lavender White Mocha (espresso, white chocolate sauce, lavender, and blackberry syrup) and I can honestly say, it was the best coffee drink I’ve ever had.

There’s also an off-beat menu that gives customers the option to buy “funky mugs,” a bit of decor (including “vintage light fixtures” or their choice of chair), or the chef for a night. Initially, this menu was meant to be a bit of a joke, but Wood said a few have taken her up on the cafe’s offer.

“Some people have actually bought some stuff and hired the chef, so it worked!” Wood said.

Culture Cafe isn’t a crowded, college kid hangout. Instead, it’s a place where ideas are born, good food is made, and conversation is encouraged.

Have you been to Culture before? We'd love to hear your experience in the comments below!

15 Thanksgiving Dishes You're Better Off Buying

You Can Buy Pints of Cinnabon Frosting for the Holidays, and It's a Dream Come True