Call it a Southern thing. Call it a Harlem thing. Call it a Pennsylvania Dutch thing. Whatever you call it, chicken and waffles have been appearing on dinner tables for centuries. Whether you’re partial to poultry, wishing for waffles, or just a fan of unique food combinations, you’ve got to give it a try. 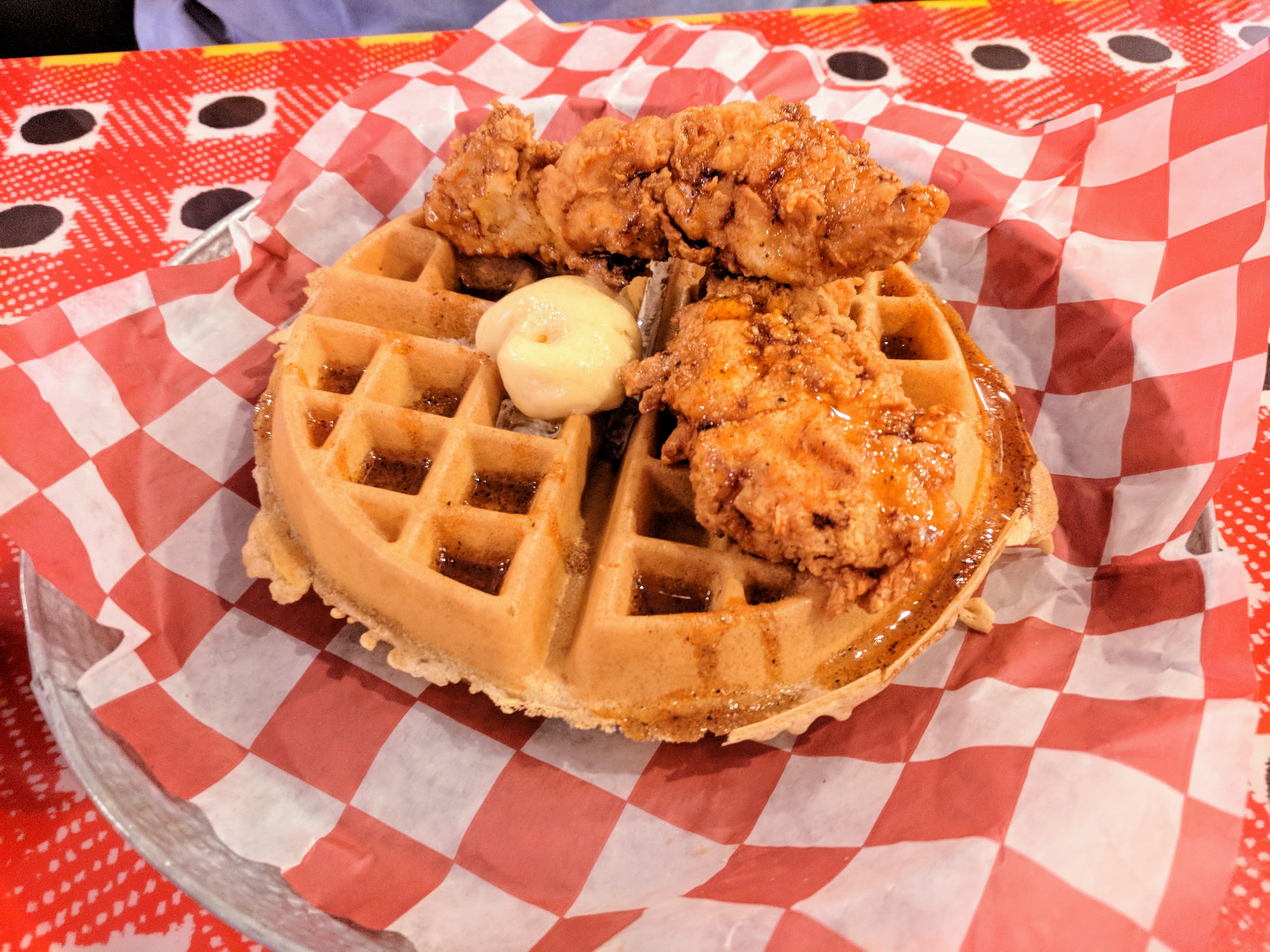 The Shockoe Slip hot spot serves everything from Nashville-style “hot” chicken to Memphis sweet and Carolina BBQ. The Hot Chick’s version of chicken and waffles is served with honey butter, a spicy honey drizzle, and a side of caramel maple syrup.

Kregger’s on Cary brings a New Orleans vibe to the heart of VCU. Their unique take on chicken and waffles includes a waffle chicken sandwich made with hand-battered chicken tenders on a waffle with bourbon maple syrup. The chicken fried steak and waffle dish is made with a cornbread waffle, flat iron steak, sausage gravy, green onion, and home fries or fruit.

Lunch. / Supper!, found side-by-side in Scott’s Addition, has a couple versions of the classic chicken and waffle dish. The morning menu offers Fried Chicken and Waffles, which consists of buttermilk boneless fried chicken over a golden Belgian waffle and topped with breakfast gravy. It comes with hash browns or local cheese grits. 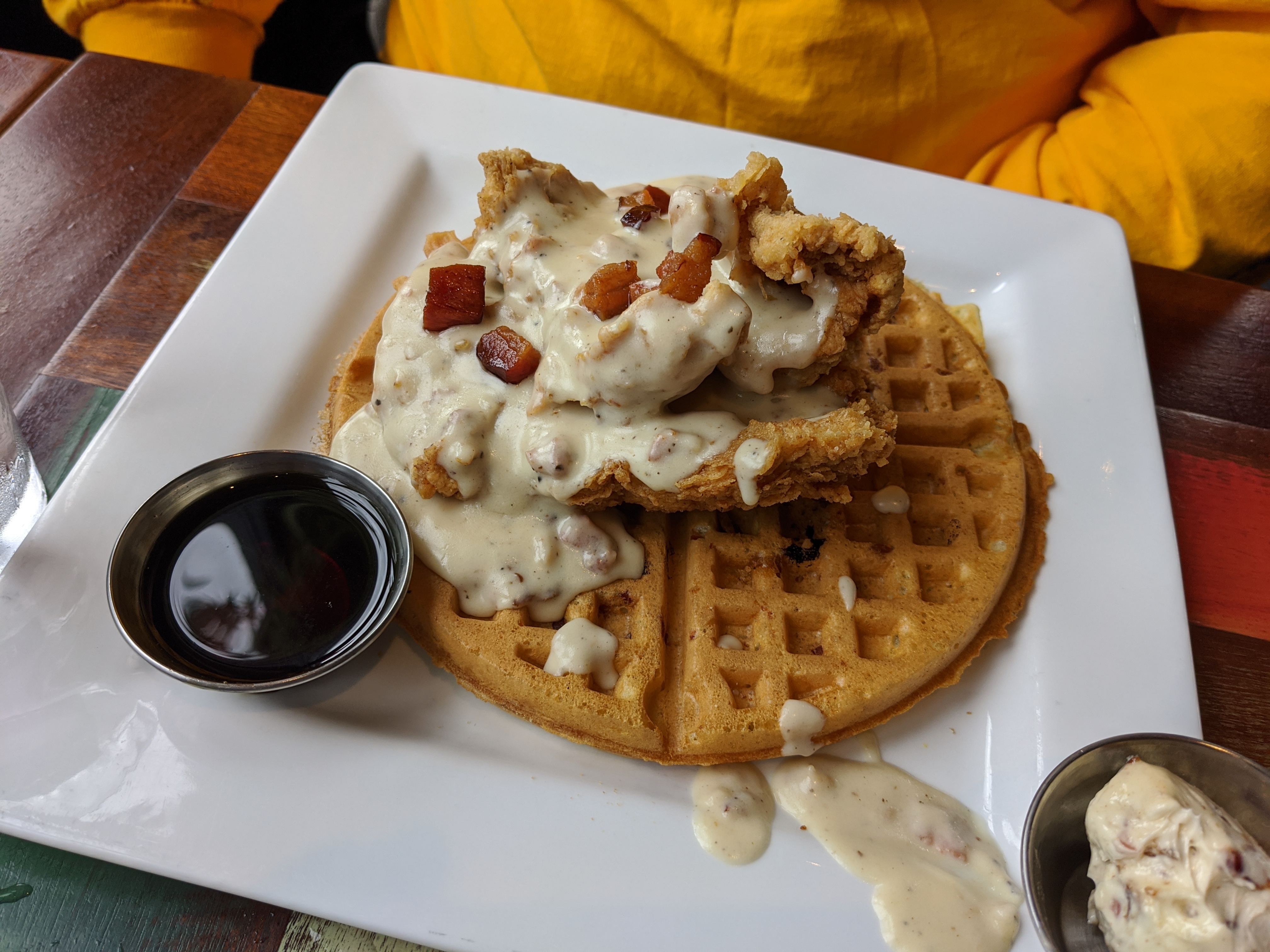 The newest addition to the Lunch. / Supper! family, the aptly named Brunch… offers an extensive brunch menu as well as sandwiches and dinner entrees. Bacon plays a big part in this chicken and waffle concoction. A boneless fried chicken breast and thigh comes with sausage and bacon gravy and honey-bacon butter over a bacon-infused waffle. Can you say bacon?

Lulu’s and Café Clang at Lulu’s 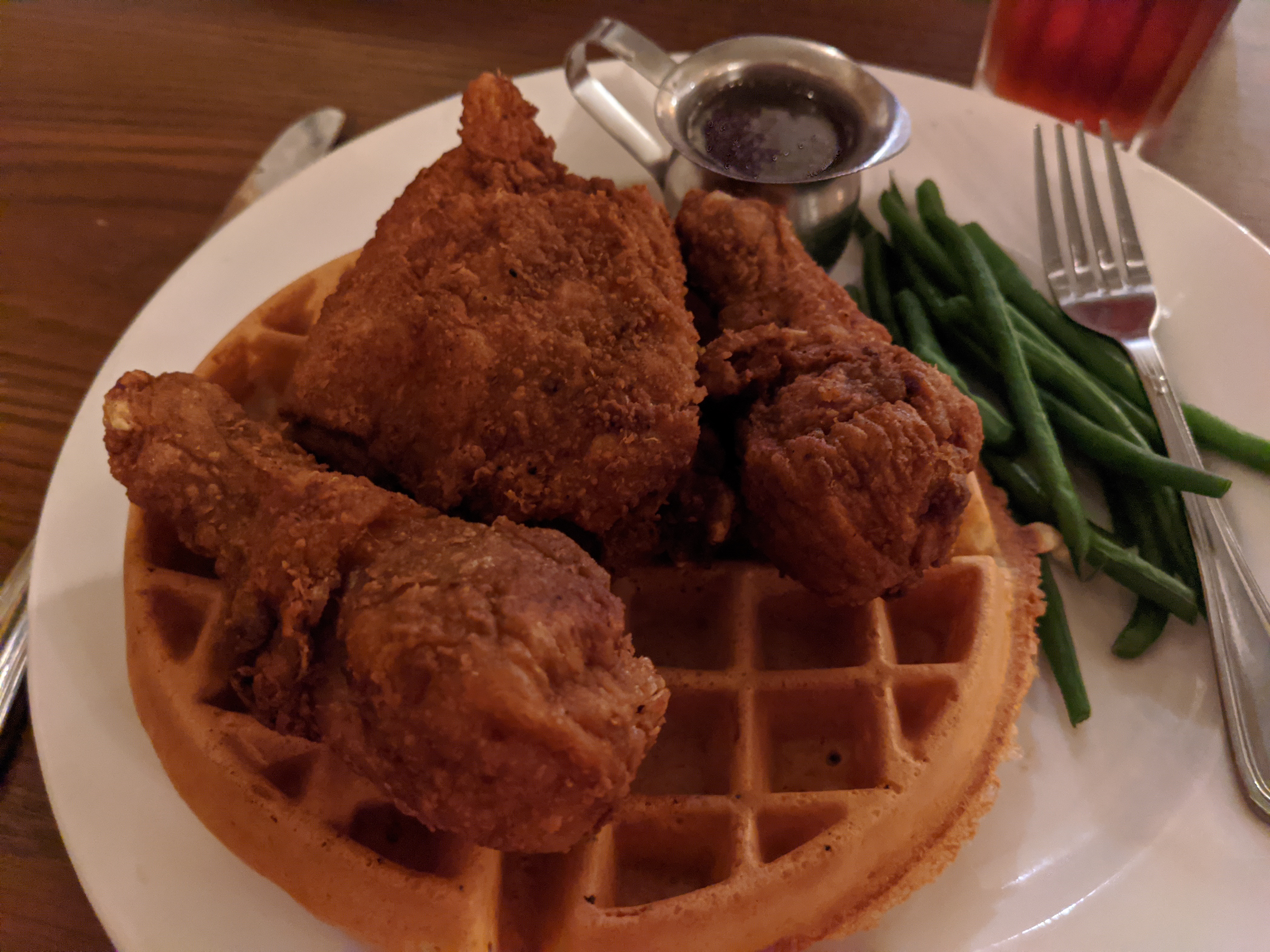 Visit Tarrant’s Café for a uniquely flavored version of the classic chicken and waffle dish. Fried chicken and fluffy waffles are accented with maple, pomerey, and tahini sauce and served with green beans.

Have you developed a taste for the sweet and savory combination of chicken and waffles? Let us know. Now excuse us while we run out and order our own!