Taco Bell is “thinking outside the bun” by giving their menu board a facelift and some menu items a nip and tuck, all starting September 12.

The good news? The current Taco Bell menu board is being streamlined and will become more cohesive. The bad news? At least nine menu items (some might be your favorites) are being permanently eliminated from the menu, according to Taco Bell's official blog. I know—tough break.

First, let’s talk about the good news. Taco Bell is totally changing the look and feel of their menu board, and I personally thank them for that. I can’t tell you how many countless minutes I have stood, staring up at the board, trying to locate my go-to taco salad (which is no longer listed on the board—no wonder I can’t find it!) and my nachos bell grande, while apologizing to the customers waiting behind me. The current menu board has a black background with white lettering, which (unless you have the eyes of a teenager) is seriously hard to read. It is cluttered and impossibly difficult to find menu items or combos to really suit your mood. Thankfully, they have a well-trained staff, who patiently wait for these important decisions to be made.

The new menu board will have a white background with black lettering. It will be crisp, bright, and so much easier to read. Also, according to the new sample board previewed on the website, it is so well organized, with menu items and combos categorized legibly. It’s a beautiful sight; I know I will no longer be THE customer to hold up the line, thanks to this facelift. However, we all know that when something fabulous happens, unfortunately, there is usually some collateral damage. And with this, I mean, at least nine items are being permanently removed from the menu. If these be your faves, I am so sorry.

Ring your Taco Bell to the first official nine to go: 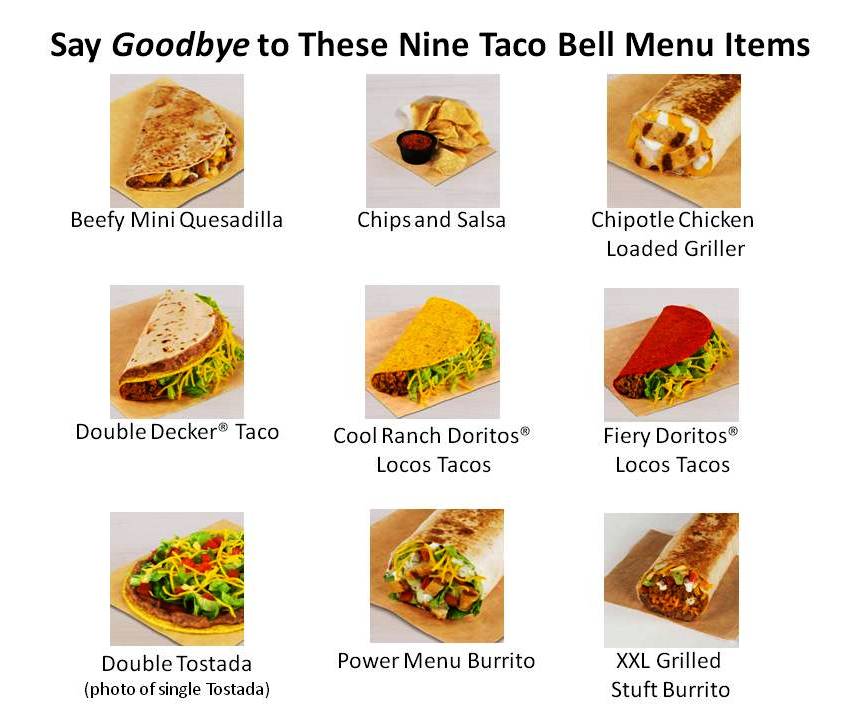 It seems that in order to de-clutter the menu and allow for the forthcoming vegetarian and some vegan options, some beloved menu selections have to be nipped. We can only presume that the items blurred out in the new menu board pictured above are the new offered menu items; however, I'll have to get back to you on that little piece of info as my sources are keeping a tight lid and have yet to officially confirm.

In the midst of the fast-food wars of the last month, Popeyes sold out of its brand-new chicken sandwich while in a Twitter fight with Chick-fil-A, Burger King unveiled a gosh-awful $1 taco (have you tried? Just stay in your lane, bruh, stay in your lane), Burger King rolled out their Impossible Burger (nice come-back), and KFC sold out of their Beyond Meat vegan nuggets and boneless wings after only five hours in their test market. This growing $4.5 billion meatless fast-food industry is being heard. Fortunately, Taco Bell is taking it one ring at a time! 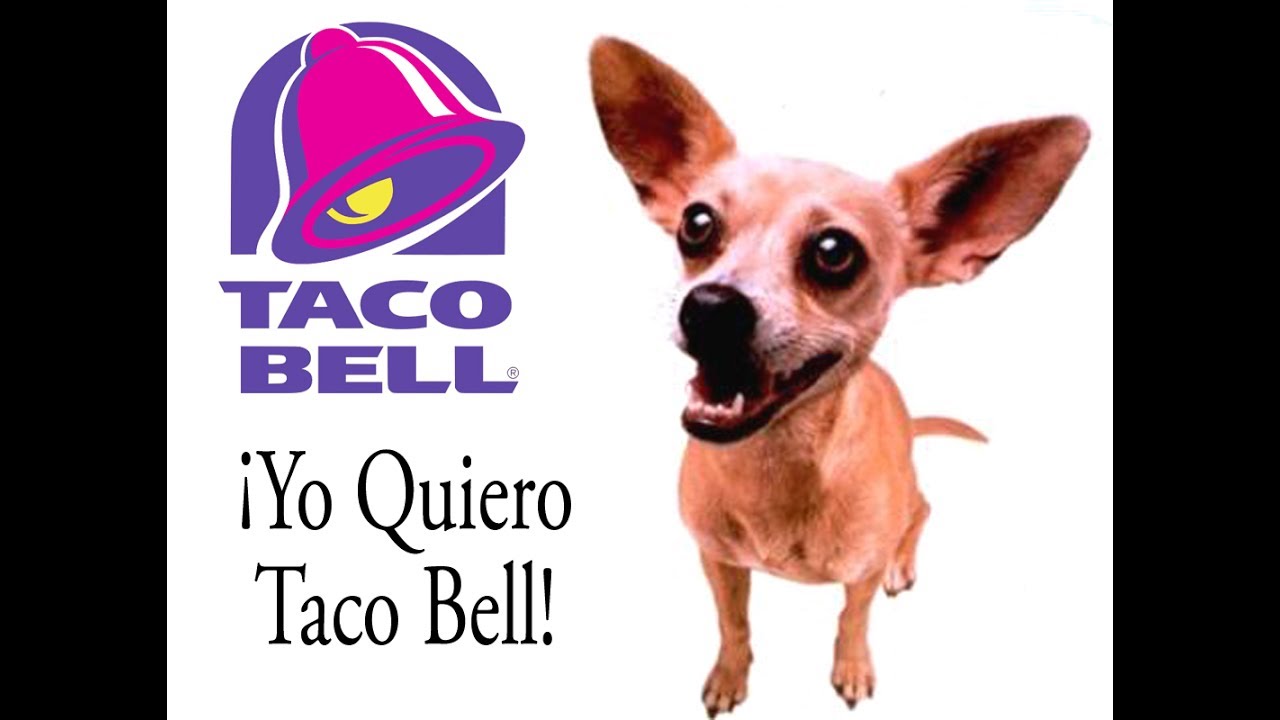 Did You Know: Taco Bell has its own Taco Shop that sells everything from Taco Bell-inspired bathing suits and t-shirts to jewelry and sunglasses, pool floats, flip-flops, and socks. Check it out. You might just find a great gift for a friend or yourself. TB never ceases to surprise.

What do you think? Is one of your fave menu items leaving? Are you excited to see what's next for Taco Bell? Tell us in the comments!

Rhodes, Columbus and the next heritage battle