The Cereal Box Cafe in Arvada Closes for Good

The Cereal Box Cafe in Arvada Closes for Good

The cafe thrived on nostalgia and brought smiles to many faces.

One of Arvada's most beloved establishments is saying goodbye. The Cereal Box, a cafe that allowed customers to build their own crazy and fun cereal concoctions, is officially closing its doors.

In a statement posted on its website, The Cereal Box said, 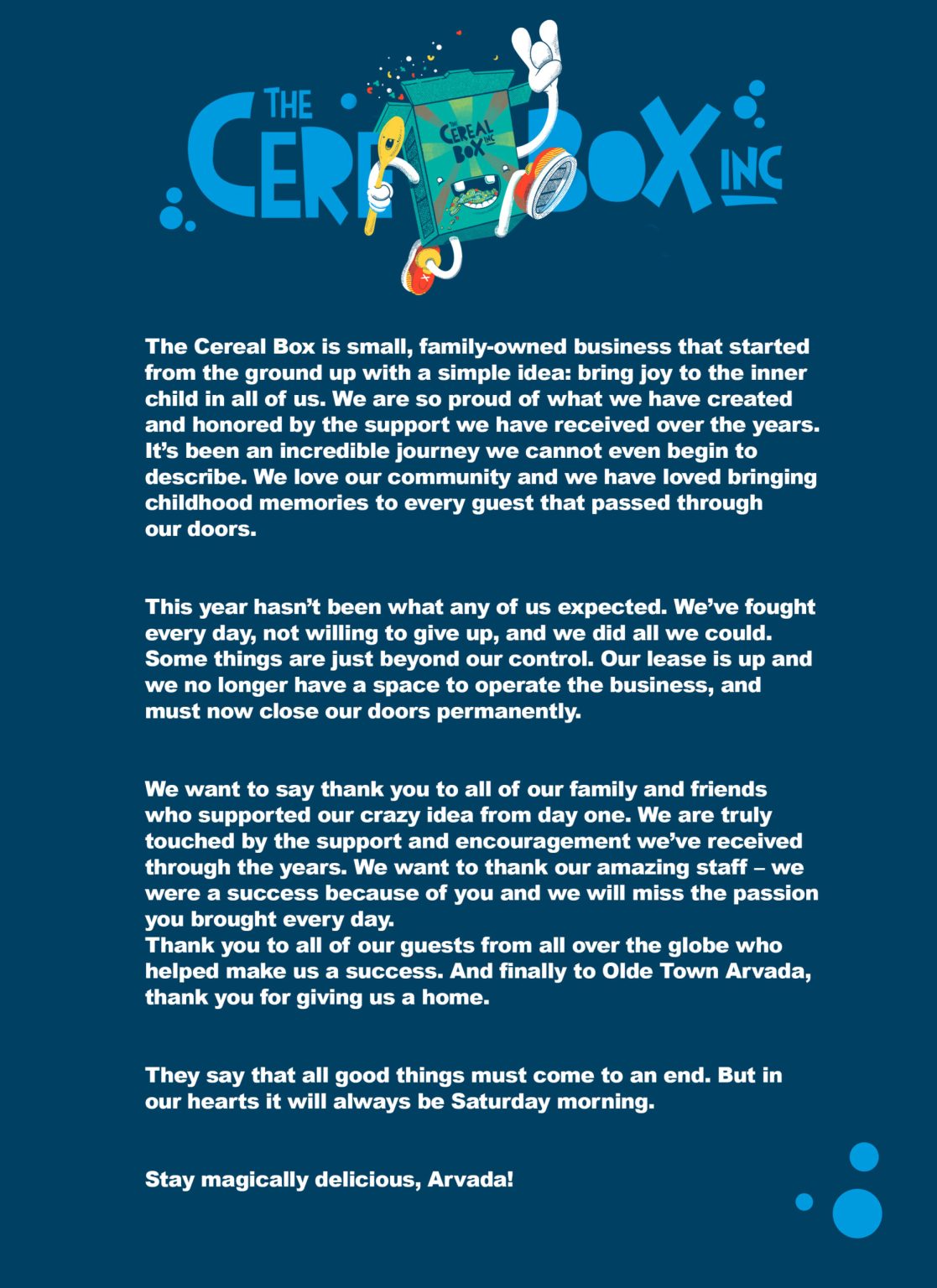 Like many other restaurants and businesses, The Cereal Box closed in mid-March in order to help prevent the spread of the novel coronavirus. Lori Hofer and her husband, Michael Emmerson, opened the Arvada cafe back in 2017.

Originally intending to reopen and renew prior to the pandemic, the decision to close was eventually made.

Hofer spoke with BusinessDen about the closure, saying, "The virus made it a really awkward time for our lease to expire." However, they're taking away the experience as a positive thing, adding, "Bottom line is we still this as a success story. It wasn't the ending we'd expected."

The Cereal Box also sold milkshakes, ice cream sandwiches, and other fun knick-knacks and goodies, in addition to the bowls of cereal.

Hofer and Emmerson aren't currently looking for another space for the cafe, but they're not also ruling out bringing it back either.