'The Dirty Buffalo' Is Trotting Its Way Over to Virginia Beach

'The Dirty Buffalo' Is Trotting Its Way Over to Virginia Beach

The popular hot wing joint will take over the Ruby Tuesday's building near Tidewater Community College!

Major win! "The Dirty Buffalo" is coming to Virginia Beach!

Having been very successful in Norfolk, the hot wing restaurant is expanding and will be opening a location in the South Independence shopping center right next to Party City and Target! Get your shopping on and then take a much-deserved break for some delicious hot wings or a "dirty" burger!

Since the company has seen a 60 percent growth in sales this year, they decided to expand out to Virginia Beach and we are sure glad that they did! You can now experience the award-winning sauce (1st place prizes in the National Buffalo Wing Festival) along with their wings, subs, burgers, loaded fries, and other "dirty dishes," a little closer to home.

Here is the announcement video:

Courtesy of 'The Dirty Buffalo'

The South Independence shopping center is slowly improving, first with the Target makeover, and now with an award-winning sauce! 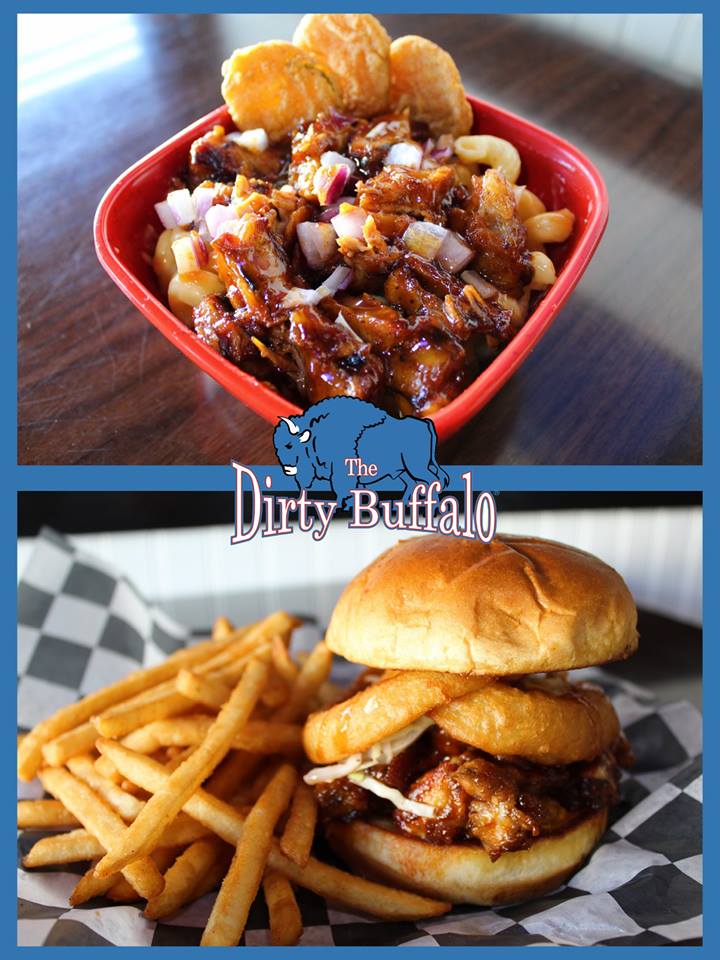 The Dirty Buffalo opened seven years ago as a quick-serve restaurant and then eventually expanded to a full-service restaurant now with two locations in Norfolk. Eventually, the restaurant plans to bottle up and sell their wing-sauce in stores!

The company intends to put their own spin on the old Ruby Tuesday's building, even changing the structure somewhat. Their Virginia Beach menu will be similar to the one at the two Norfolk locations. #wecan'twait

Russell Gilbert, co-owner, stated, "We’re so patient with the franchising — we’ve had 120 to 140 inquiries since announcing at the end of December. We're getting a lot of traction, but it’s not a cash grab for me. It's about establishing and keeping our brand."

Fun fact: The Dirty Buffalo was on Diners, Drive-ins & Dives during its 26th season – how cool is that?

**All photos courtesy of The Dirty Buffalo

How excited are you about the new location? What is your favorite dish? Tell us in the comments!