The Yard Milkshake Bar Is Setting Up Shop in Virginia Beach!

The Yard Milkshake Bar Is Setting Up Shop in Virginia Beach!

The new location opened in September!

The Yard Milkshake Bar has officially staked a spot in Virginia Beach. The confectionary is located in Little Neck Commons shopping center, where visitors can claim their $15 milkshake pints featuring full-sized cookies, cupcakes, and s'mores. They opened on September 18.

Known for their gravity-defying goodies and long lines, the Alabama creamery is one of the originators of the "crazy shakes" that have taken over our Instagram feeds. If they seem familiar, it's because the duo appeared on the eleventh season of Shark Tank, where their larger-than-life sweet treats impressed the judges, even prompting a $400,000 expansion deal from billionaire Mark Cuban. 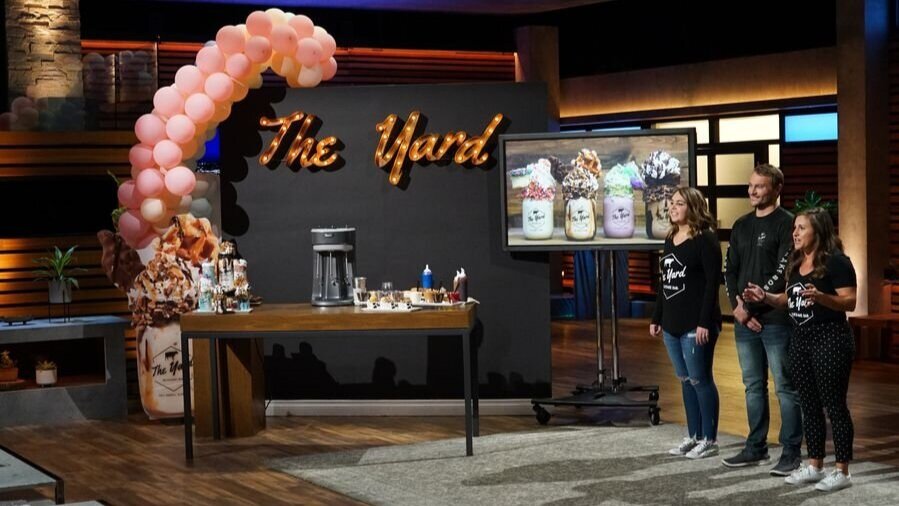 The shop was founded in 2017 by married couple Logan and Chelsea Green, who opened their first shop in Gulf Shores. Two years later, the duo appeared on the reality show Shark Tank, which awards aspiring entrepreneurs the funding they need to kickstart their businesses. Instead of taking Cuban's deal, the couple signed franchises. Virginia Beach residents Anthony and Kelly DiPasquale signed on as franchisees for the new storefront in December. Originally they had their sights on a summer opening, but the pandemic's disruption pushed their debut into the fall.

If the sight of their shakes on TV had your mouth watering, just wait until you see them in person! According to DiPasquale, Virginia Beach's flagship treat is the Orange Crushed, a citrus confection containing orange blossom ice cream, marshmallow cream, sprinkles, orange slices, and an entire orange creamsicle on top. 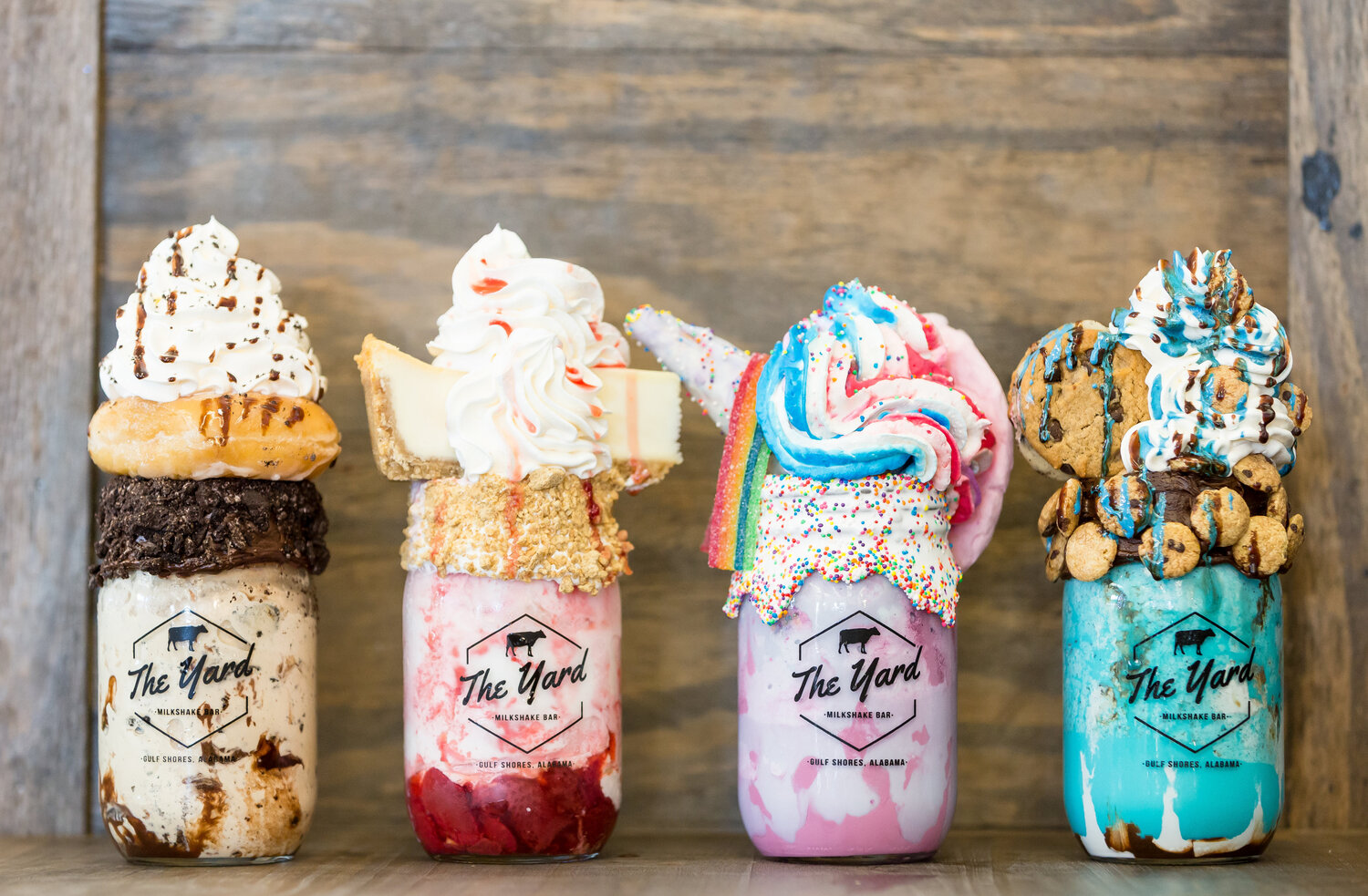 The other flavors are equally inventive and indulgent—Birthday Cake, Praline Pecan Waffle, and "Doughnut Touch my Coffee and Cream"—and each milkshake comes in a collectible mason jar. In addition to shakes, the menu features sundaes, cones, and edible cookie dough, as well as specialty flavors offered locally.

Today, the chain clocks in at 10 brick-and-mortars, with plans from Mr. DiPasquale's brother to open a shop in Dallas. We're crossing our fingers they decide to expand further into the DMV—perhaps a location on Ocean City's Boardwalk? In any case, we look forward to seeing their amazing desserts in our neck of the woods! Take a look at their menu here. 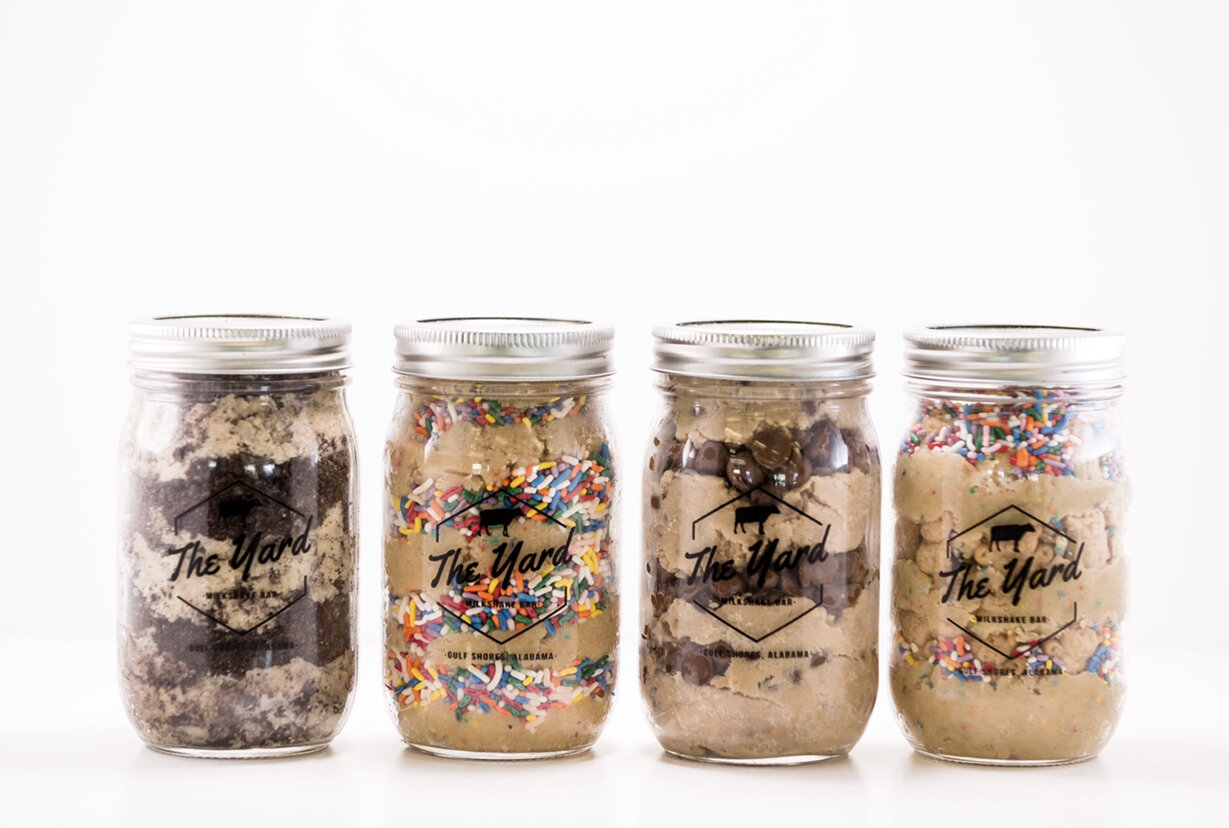 **All photos courtesy of The Yard Milkshake Bar

Virginia Beach residents, what do you think of The Yard? Have you been yet? Sound off in the comments!