Whataburger Turns 70, and They're Hitting the Road With a Food Truck!

Whataburger Turns 70, and They're Hitting the Road With a Food Truck!

The Texas-based burger chain is rolling out a multi-state tour in 2021.

Craving a burger on-the-go? This year marks the 70th birthday of Whataburger, and to kick things off they've unveiled the coolest birthday gift of all: a food truck!

The slick ride was made with the help of the San Antonio-based food truck manufacturer Cruising Kitchens, and the Texas burger chain plans on rolling it out for a nationwide tour next year. The vehicle will even be showcased on the company's MotorTrends TV show Built for Business. 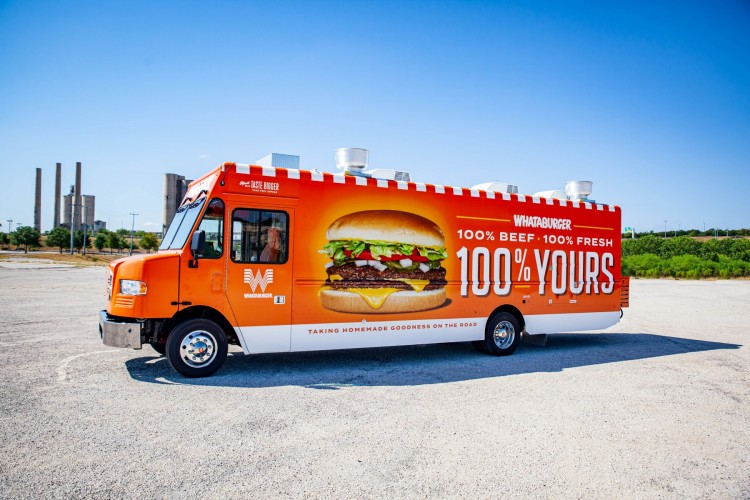 “We wanted a way to connect even more with our communities and to introduce Whataburger to new customers in a new and exciting way,” said Rich Scheffler, Whataburger's Vice President of Marketing and Innovation. “And this truck is a showstopper."

If you know Whataburger, with its retro orange and white branding, you know this won't be your average food truck. Just like one of their burgers, it's massive in size; It measures 36 feet in length with 24 feet of cooking space and a 4-foot grill. The vehicle is powered by a 30,000-watt generator, and this power source possesses the grilling capabilities of a physical kitchen. Complete with snazzy LED lights and the trademark 'W' logo, it's unlike any food truck we've seen. Let's just say you won't have any issues seeing it from the freeway! 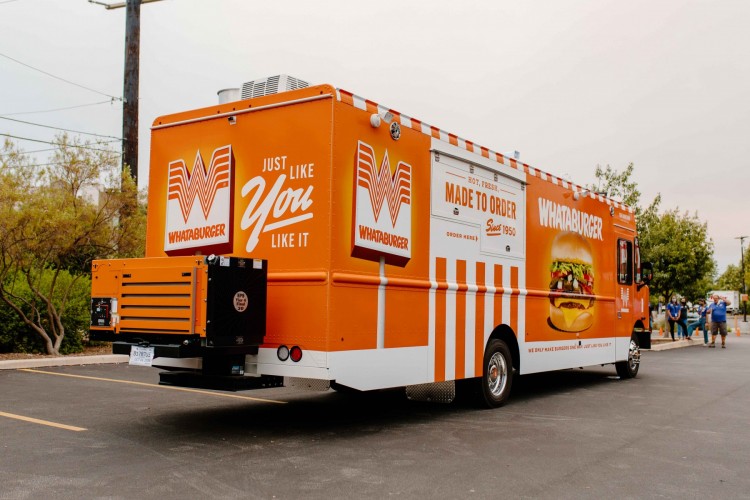 Whataburger began as a humble roadside burger stand in Corpus Christi, Texas. Since its inception in 1950, the chain has expanded to over 800 locations in the United States and maintains headquarters in San Antonio.

Part of the planned birthday festivities is a multi-state tour slated for 2021, where the food truck will make the rounds in select cities, including places without Whataburger restaurants. In addition to touring the country, they also want to use the vehicle for distributing food during emergency situations, like natural disasters.

A tour schedule hasn't been announced yet, but it's safe to say anywhere could be on the table. According to its website, "As the brand expands into new markets, the truck will give new locations and fans a taste of what’s coming." Who knows—maybe if you're lucky, Whataburger might just roll into your town!

What do you think of Whataburger's food truck? Are you hoping they come to your city? Let us know in the comments!

Crime is down in Akron. Here's what police changed.

Halloween In Akron: Why Do We Carve Pumpkins?