The Triple Crown order this year will be the Belmont, the Kentucky Derby, and then the Preakness.

There's no doubt that this year has been disrupted by the current pandemic, but the race must go on! The famed Triple Crown horse racing series will look a little different this summer—for the first time ever, the Belmont Stakes, in Elmont, New York, will kick off the race trio.

"The return of live sports, especially New York institutions like the Belmont Stakes, is a welcome sign of progress that will bring some sense of normalcy back to our everyday lives," said NYRA President & CEO Dave O'Rourke in a statement.

Often the crusher of many a champion (and fans) on the way to the crown, the Belmont is traditionally the longest (and last) race in the series at 1.5 miles. Many a Triple Crown contender has been taken down by the length of the race, and the fact that they've already pulled through the grueling Derby and Preakness schedule prior to loading into the starting gate. It's not uncommon for a long shot with some serious endurance to steal the purse. 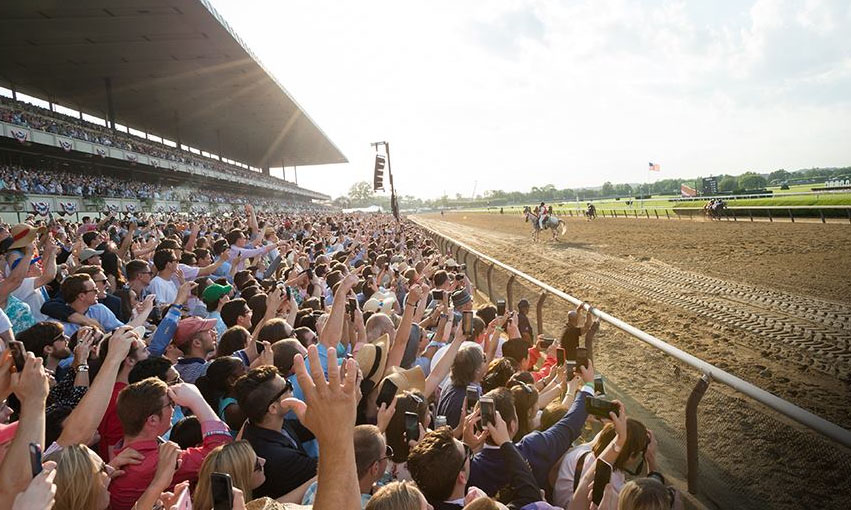 The rowdy crowd won't be in the stands this year. Courtesy of Belmont Stakes (Facebook)

But this year, there are more changes to the Belmont than just its place in the series. Scheduled to be held June 20, race officials have decided to bring the race down from 1-1/2 miles in length to 1-1/8 mile. In addition, the race will run without any spectators in the stands. So, it will be a quiet race, which could be to the advantage of the more skittish horses in the field.

Unfortunately, no fans in the stands means less on-site betting, which also means smaller purses for other races on the summer schedule for Belmont, though it doesn't affect the Belmont Stakes.

The remaining races in the Triple Crown will run later in the fall. The Kentucky Derby is scheduled for September 5 at Churchill Downs in Louisville, Kentucky, and the Preakness Stakes is slated for October 3 at Pimlico Race Course in Baltimore, Maryland. NBC will run live coverage of all Triple Crown races.

What do you think about this new Triple Crown schedule? Let us know in the comments!