Bryant was in a helicopter crash in Calabasas, California, on Sunday, January 26, according to multiple reports. The incident occurred around 10 a.m. PST and involved Bryant's private helicopter. 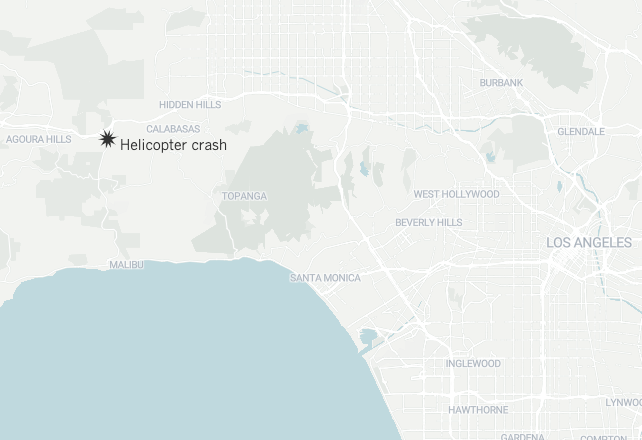 "Kobe Bryant is among five people who died in a helicopter crash in the wealthy Southern California residential neighborhood of Calabasas," stated ABC originally. A fire then broke out. According to the emergency responders, nobody on board survived.

It's now been confirmed that nine people are dead—a pilot and eight passengers. The identities of the other victims have been identified:

In addition to Kobe Bryant and his daughter, Gianna, @CBSNews has identified the other victims of the deadly helicopter crash in California:

A source told ESPN's Adrian Wojnarowski that Bryant's daughter, Gianna, 13, was among those killed in the crash, along with "another player and parent." Sources say that Bryant and his daughter were on their way to a basketball game at the Mamba Academy. This was confirmed by Bryant's representative, according to reports.

Bryant's wife Vanessa was not on board.

"We are stunned and devastated by the news of the sudden passing of Kobe Bryant. Words cannot express his impact on our Players, the NBA and the game of basketball. This is a monumental loss for the entire basketball community and our hearts are quite simply broken. We send love and prayers out to his wife Vanessa and the entire family," officials at NBA said in a statement.

What caused the helicopter to crash is still under investigation.

This is a developing story.