Cowboys? Broncos? What Could Be Next for Tom Brady?

Cowboys? Broncos? What Could Be Next for Tom Brady?

What the heck is happening with Tom Brady?

After the shocking upset loss to the Tennessee Titans in the Wild Card round, the question on everyone’s mind is, "What the heck is happening with Tom Brady?" The seeds to this question were planted this past offseason when Tom Brady restructured his contract, which voided the remaining years, and he is now an unrestricted free agent.

Before a Monday Night Football game, Adam Schefter made the seeds grow even more after he said that Tom Brady is more likely to move on to a new team rather than stick around in New England, should he choose to continue playing. Fast forward to the new year, and he now has no reason to stay in Boston. Should he leave, where would he go? I’m going to be looking at some teams that could take a chance on a 43-year-old Tom Brady next fall.

Why would Brady leave?

Before we get into that, let’s look at why he’d leave. As I stated earlier, he is an unrestricted free agent, and no longer under contract with the team he’s been with or the past 20 years, and this could be just him trying to get a new one-off contract or something like that to stick around. Which makes sense. He is pretty much a god in Boston, with only Bill Russell matching his championship dominance. He is almost universally regarded as the GOAT. Notice that keyword there, almost. You can argue that Belichick is the reason that Brady has his success. After all, those two are the lone constants of the New England dynasty. If Brady wants to separate himself from his longtime coach/mentor, he would have to go to a new team and make them a champion. If he does that, then he will be the undisputed greatest ever. 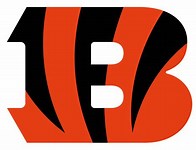 While it seems obvious that the Bengals are going to draft Joe Burrow with the No. 1 pick, what if they signed Tom Brady instead? Brady would have some good weapons around him in Cincinnati: a healthy AJ Green (if he re-signs), Tyler Eifert, Tyler Boyd, Joe Mixon. There’s a foundation there for a great offense. They just need to improve their o-line and defense, then they’d be good to go. Of all the teams that are listed here, this one is the least likely destination for Brady to go to. 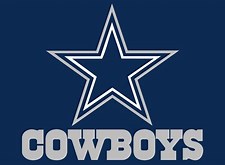 I know what you’re saying. They have Dak. But you can’t rule out the possibility. Even if there’s a sliver of the possibility of Tom Brady, the most hated person in the NFL, going to the most hated team in the NFL not named the Patriots, don’t count out Jerry Jones. The Cowboys will have money to burn in the offseason, with their projected cap being around $82 Million per overthecap.com. The Cowboys could lure Josh McDaniels in, and Brady would more than likely go with him. I know what you’re thinking, "But what about Dak?" Well, Dak could walk in free agency, maybe go over to New England, or some other place in desperate need of a quarterback. If Dallas goes this route, they’d need to seriously consider drafting a new QB to sit and learn behind Brady. 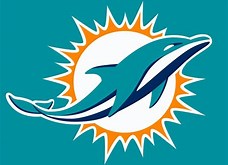 How much of a slap in the face would it be for the Patriots if Tom Brady went and signed with a division rival? I know the Dolphins seemed deadset on tanking into oblivion to draft Tua or Herbert, but what if instead they drafted Jerry Jeudy or a lineman, and used their projected $99 million to help build a superpowered offense for Tom Brady? They could easily sign guys like AJ Green, Lamar Miller, Devin Funchess, or Eric Ebron. The Dolphins need to sign some people because they’ve been lacking talent everywhere, and a huge buying spree in free agency could help them win their first title in almost 50 years. 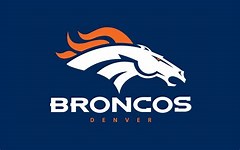 We all know how much John Elway likes quarterbacks who are at least 6’4". And hey, Brady is 6’4", so he fits the mold. Seriously though, the Broncos may have drafted Drew Lock last year, but he’s not that good. Bring in a guy like Brady, let him run the show until he retires, and get maybe a ring or two potentially. The Broncos have a good enough defense, but if they get Brady a reliable receiver in the draft or free agency, the Broncos could be a force again. 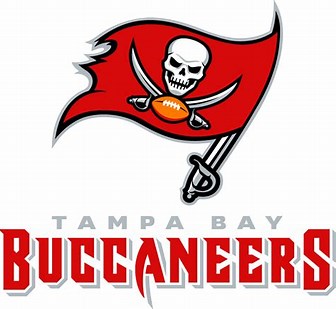 It seems obvious that the Tampa Bay Buccaneers are moving on from Jameis Winston after his 30-30 season. They’ll have a projected $75 million in cap space next year, which means they’ll have money to burn. Why not bring in Tom Brady? Rather than draft a QB next year with the first-round pick, draft a lineman, then maybe draft a guy in the second or third round to develop. Tom Brady + Mike Evans = a Tampa Bay offense that could set the league on fire. They could use that $75 million to build an offensive line and get Brady a decent defense to back him up. 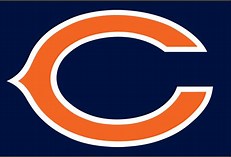 This is the team that I’d love to see Tom Brady go to. It’s pretty obvious that Mitchell Trubisky isn’t the guy. He’s inconsistent and holding the Bears back from becoming the killing machine in the NFC that they need to be. Brady would be an immediate upgrade at quarterback and would be the spark that the Bears need to make a long-overdue run at the Super Bowl. Chicago’s offense has some good weapons, with Trey Burton, Taylor Gabriel, and Allen Robinson forming a solid receiving trio. Think about it. Tom Brady, with that brutal Chicago defense. The only thing stopping Chicago from murdering everyone in their path would be themselves. Plus, seeing Tom Brady vs A-Rod twice a year would be amazing. 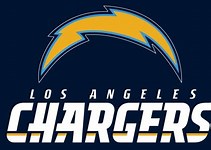 Of all the teams I’ve mentioned, this one suddenly makes the most sense. Tom Brady would be back in his home state of California, just a two-hour flight away from his hometown of San Mateo. He has stated that he always wanted to play in Cali, and hasn't had the possibility to do so. Philip Rivers is also an impending free agent. There isn’t any word on if Anthony Lynn is going to be fired, but if somehow the Chargers could try and coax Josh McDaniels out of Foxborough, Brady could come with him. The Chargers have a team with a good defense, solid weapons on offense, and if Tom Brady takes his talents on the west coast, it could shift the LA sports market and make the Chargers the favorite team in Cali. Brady could be the key to help the Chargers finally get over the hump.

What are your thoughts? Log in and sound off in the comments below!