The Super Bowl is drawing closer, and with it, a bit of history is about to be made in Miami. Unlike three of the last five Super Bowls, neither team—the Kansas City Chiefs nor the San Francisco 49ers—is competing for its first Super Bowl title. And while both quarterbacks, Patrick Mahomes and Jimmy Garoppolo, are making their Super Bowl debuts, a more interesting debut is happening on the San Francisco sideline. 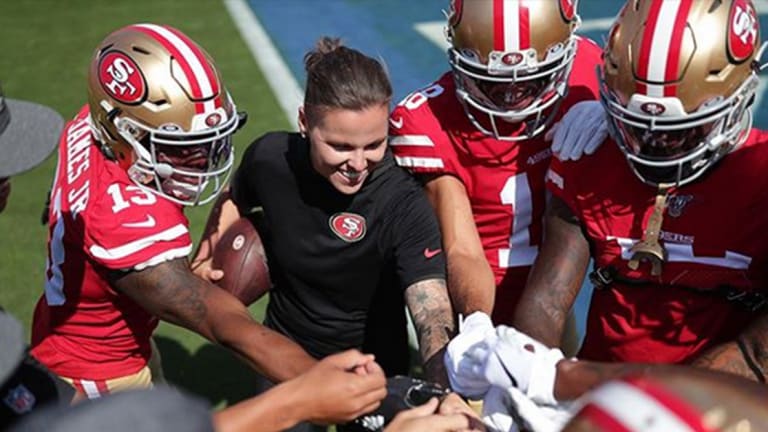 Meet Katie Sowers, the first woman and first openly gay person to coach in the Super Bowl. She serves as an offensive assistant coach for the San Francisco 49ers.

The 33-year-old University of Central Missouri graduate has been around sports for nearly her whole life. Besides holding a master’s degree in kinesiology, Sowers spent eight seasons playing in the Women’s Football Alliance and played for the 2013 Women’s National American Football team. Then, in 2017, she was hired by the 49ers as part of the Bill Walsh Minority Fellowship, an initiative aimed at bringing more minority talent to the NFL coaching ranks.

Since being hired, Sowers has been a constant presence around the team, earning the respect of players and coaches alike.

“Katie was here before I was, but just what she does with the receivers, all the skill positions guys, how she interacts with them. It’s special. She’s feisty, man. Katie is awesome out there. She’ll get after guys … it’s fun to be around," quarterback Jimmy Garoppolo told outsports.com, while being interviewed for a piece on Sowers. 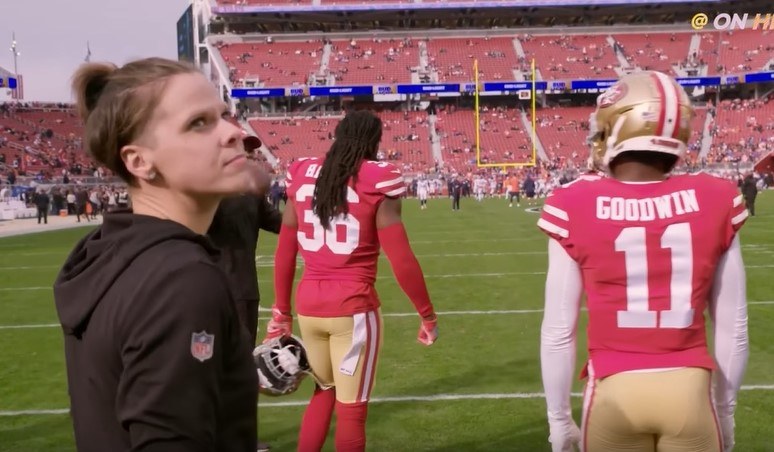 Pro Bowl fullback Kyle Juszczky echoed his quarterback’s praises, saying, “Katie’s been phenomenal. … She’s someone we’ve been able to lean on. If I ever have a question on a route or something, no hesitation and I can go talk to her. She’s a phenomenal asset to our team."

Sowers herself is more focused on how her coaching can lift others up than the groundbreaking nature of her job.

“No matter what you do in life, one of the most important things is to be true to who you are," she said in an interview with Outsports. "There are so many people who identify as LGBT in the NFL, as in any business, that do not feel comfortable being public about their sexual orientation.”

Katie Sowers follows Alyssa Nakken of the San Francisco Giants and Becky Hammon of the San Antonio Spurs as the next high-profile female coach for a major U.S team. Tell us in the comments who you think will be named the first female head coach in one of the four major sports!